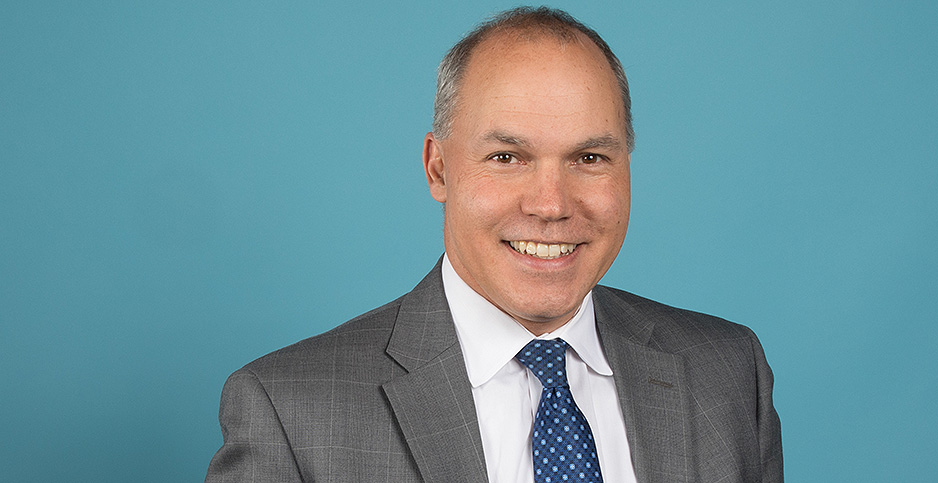 Joe Aldy, who served as special assistant to President Obama for energy and environment, helped craft the clean energy provisions of the 2009 stimulus package. Joe Aldy

If lawmakers on Capitol Hill need advice on rescuing the economy from the coronavirus crisis, they might turn to Joe Aldy.

Aldy, 48, served as special assistant to President Obama for energy and environment at the height of the Great Recession.

In that role, he took the lead on crafting the clean energy provisions in the American Recovery and Reinvestment Act of 2009, the massive stimulus package that put $787 billion into the pockets of American families and small businesses.

The experience wasn’t easy. But it provided some important lessons that lawmakers could heed as they look to address the financial fallout of the COVID-19 pandemic.

In particular, it offered some insights for Democrats looking to include climate and clean energy provisions in future aid packages.

"Once we have the virus under control and people feel safe returning to work, it will be time to think about doing two things at once: stimulating the economy and delivering really important, long-term investments in clean energy," Aldy said in a recent interview.

A Kentucky native and father of two, Aldy is a professor at Harvard University’s John F. Kennedy School of Government and a research fellow at the National Bureau of Economic Research, among other roles.

He recently spoke on the phone with E&E News from his home in the Boston suburbs about his advice for lawmakers, his transition to online teaching and how he thinks Obama would have handled the coronavirus crisis.

What was it like serving as special assistant to President Obama for energy and environment?

It was inspiring working for President Obama. I started working for him during the presidential transition and in the context of the Great Recession. So we were working feverishly to come up with ideas on how to stimulate the economy. And it seemed like every time we came up with a new batch of ideas, the economic data got worse, and we had to think about going bigger and bolder.

But during our meetings with the president-elect, it was inspiring to hear him speak. He really recognized the seriousness of the problem and the need to reorient our priorities to help those hurt most by the recession.

You worked on the clean energy provisions in the American Recovery and Reinvestment Act of 2009. What was that like?

I was the only economist on the presidential transition team’s energy and environment working group, and the vast majority of my time was spent focusing on the stimulus. So I was in charge of working with congressional staff on the various proposals that comprised the clean energy package, which was about $90 billion of the Recovery Act.

President Obama saw clean energy as one of three areas of strategic investment in the Recovery Act. He really wanted to make sure that as we worked to rebuild the economy, we were doing everything possible to lay the foundation for a cleaner, lower-carbon economy going forward.

After Obama was inaugurated, what did you work on in the White House?

I worked in both the Office of Energy and Climate Change and the National Economic Council. So I coordinated energy and environmental policy on a lot of different subjects, including implementation of the Recovery Act, clean car standards and international climate negotiations.

Yes, it kept me off the streets and out of trouble. [Laughs]

Congress is currently working to pass aid packages amid the coronavirus crisis. What do you make of some Democrats’ failed push to include climate provisions in the third aid package, including clean energy tax credits and carbon emissions requirements for airlines?

I think it made sense for Democrats to push for that. In general, it makes sense to take advantage of must-pass legislative vehicles. This is something that people who engage with members of Congress and the crafting of legislation have been doing since the dawn of the republic.

Do you have any advice for those Democrats, based on your experience with the Recovery Act?

But once we have the virus under control and people feel safe returning to work, it will be time to think about doing two things at once: stimulating the economy and delivering really important, long-term investments in clean energy.

Republicans accused Democrats of trying to incorporate elements of the Green New Deal into the third aid package. What do you make of the GOP criticism?

Well, I would say the last few months have not been the best few months for American government in the history of the republic. It’s frustrating. And it’s not obvious to me that we can get the parties to come together on this in the next six months or so, when we consider the mix of both the coronavirus crisis and a campaign season.

I will also say that when we were working on the Recovery Act, it helped that we had a president who had been unambiguous in his campaign about advancing a climate change agenda. And we were working with a House and a Senate that were of the same party as the president. So we could come to agreement on this fairly quickly. That’s obviously more challenging now, given the disconnect between [President Trump] and [Speaker Nancy Pelosi (D-Calif.)] when it comes to issues like climate and clean energy.

How do you think Trump has handled the coronavirus crisis? How does his response compare to Obama’s handling of the Great Recession?

The difference is night and day. It’s truly stunning to me that the first two months of the Trump White House’s response to the pandemic were characterized by a disregard for evidence and experts and a hope that this would just go away. Even once we started to learn about the problem from other countries, we weren’t doing the basics on testing and surveillance. So instead of having to shut down the economy, we could have been much more targeted and effective at containing the spread of the virus.

There is no doubt in my mind that President Obama would have taken a very different, much more targeted approach. He would have demonstrated real leadership in recognizing that as the leader of our country, you take responsibility and you help take care of the American people when we’re suffering such a major shock like this.

You currently teach at Harvard’s Kennedy School. Have your classes moved online due to the pandemic?

Yes, I now teach via Zoom. I would say I’m still moving up the learning curve with online teaching. [Laughs]

What are your hobbies? What activities do you do for fun, assuming you can still do them during the COVID-19 pandemic?

I love taking my two boys hiking. Unfortunately, the Massachusetts Audubon has shut down our favorite place that’s just five minutes from our house. I also like to cook, and I’m still able to do that some. But sometimes when I try something new, I realize I don’t have the right thing in the pantry. And it’s not quite as easy to just run out and pick that missing ingredient up now.