Obstacles remain on infrastructure even if Democrats sweep 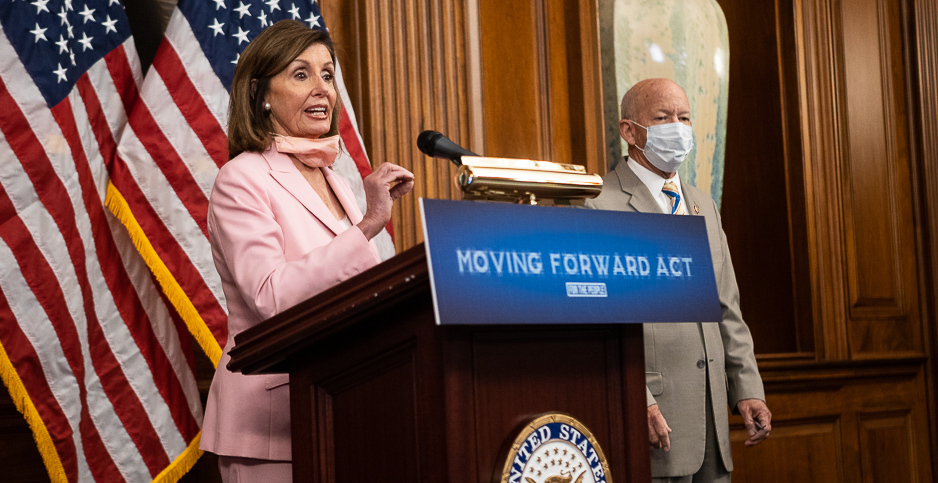 If Democratic presidential nominee Joe Biden wins the election, momentum could build on Capitol Hill for an infrastructure package that combats climate change and helps the economy recover from the COVID-19 pandemic.

But it remains unclear how the package would be paid for — a sticking point that has derailed major action thus far.

Sen. Chris Van Hollen (D-Md.), a member of the Environment and Public Works Committee, said an infrastructure bill should be top of mind for a potential Biden administration.

"If we have a Biden administration, and I certainly hope we will, I do think that we will have a significant infrastructure modernization bill," Van Hollen said during an event hosted by CG/LA Infrastructure, a firm that advises public- and private-sector organizations.

Sen. Cory Gardner (R-Colo.), who is locked in a tight reelection race with former Colorado Gov. John Hickenlooper (D), echoed this sentiment without mentioning a potential change in administration.

"I think we’ve got to get to that infrastructure bill. … I hope that that returns as not only a COVID relief package, but also it’s something we need to do long term for this country," Gardner said during a separate event hosted by CG/LA Infrastructure last week.

Norman Anderson, the chairman and CEO of CG/LA Infrastructure who moderated the discussions with both lawmakers, told E&E News that the issue has broad appeal among Democrats and Republicans.

"I interviewed both Chris Van Hollen and Cory Gardner. And when you mention infrastructure to these guys, they all become kind of huggable. They see it as a bipartisan issue," Anderson said in an interview.

Climate change is certain to loom large over any infrastructure negotiations next year, especially if Democrats make expected gains.

In addition, Democrats prioritized climate in the "Moving Forward Act," the $1.5 trillion infrastructure package that passed the House in July.

"I think H.R. 2 was a good step forward. I would imagine that if Biden is elected, there will be an attempt to use that as a starting point but incorporate some new concerns from the Biden platforms," said Derek Sylvan, strategy director at the Institute for Policy Integrity at NYU School of Law and the author of a recent report on federal infrastructure policy.

The "Moving Forward Act" passed the House largely along party lines, with only three Republicans voting in favor of the bill. Many GOP lawmakers spent floor time bashing its perceived resemblance to the Green New Deal.

But if Democrats maintain their majority in the House and reclaim control of the Senate, the climate provisions would be an easier sell, Sylvan said.

"I would imagine that it would be a very different starting point if you have one party controlling both houses of Congress and the White House," he said.

House Transportation and Infrastructure Chairman Peter DeFazio (D-Ore.), a leading proponent of the "Moving Forward Act," has spoken to the Biden campaign about advancing an infrastructure package in February if the former vice president is elected (E&E News PM, Oct. 7).

Lawmakers have previously struggled to reach a consensus on pay-fors, threatening the long-term solvency of the Highway Trust Fund.

Democrats have suggested raising the federal gasoline tax, which hasn’t been increased or indexed to inflation since 1993.

But that idea faces resistance from Republicans, who remain wary of piling on to the $27 trillion national debt.

They include Senate Majority Leader Mitch McConnell of Kentucky, who would retain his leadership role if the GOP keeps control of the Senate and he beats Democratic challenger Amy McGrath.

"Right now there doesn’t seem to be appetite … to increase the gas tax," said David Ditch, a budget and transportation associate at the conservative Heritage Foundation and the author of a recent report on transportation policy for 2021 and beyond.

The pay-for problem contributed to the collapse of efforts to pass a broad infrastructure package this year, Ditch noted.

As a result, Congress ended up including a one-year, short-term extension of expiring surface transportation provisions in stopgap spending legislation in September (E&E Daily, Sept. 30).

"The Senate process broke down fairly quickly after the Barrasso bill came out because no one knew how to pay for it," Ditch said, referring to EPW Chairman John Barrasso (R-Wyo.).

"That’s one of the biggest issues with Congress in general," he added. "There is lots of agreement on wanting lots of spending. There is no agreement on how to pay for it."

"In the Senate Environment and Public Works Committee, we unanimously passed legislation that will fix our roads, grow our economy, protect the environment and cut Washington red tape," Barrasso said at the time.

"That bill is ready to go," he added. "Congress should use America’s Transportation Infrastructure Act as a model as we work towards passing a long-term highway infrastructure bill."