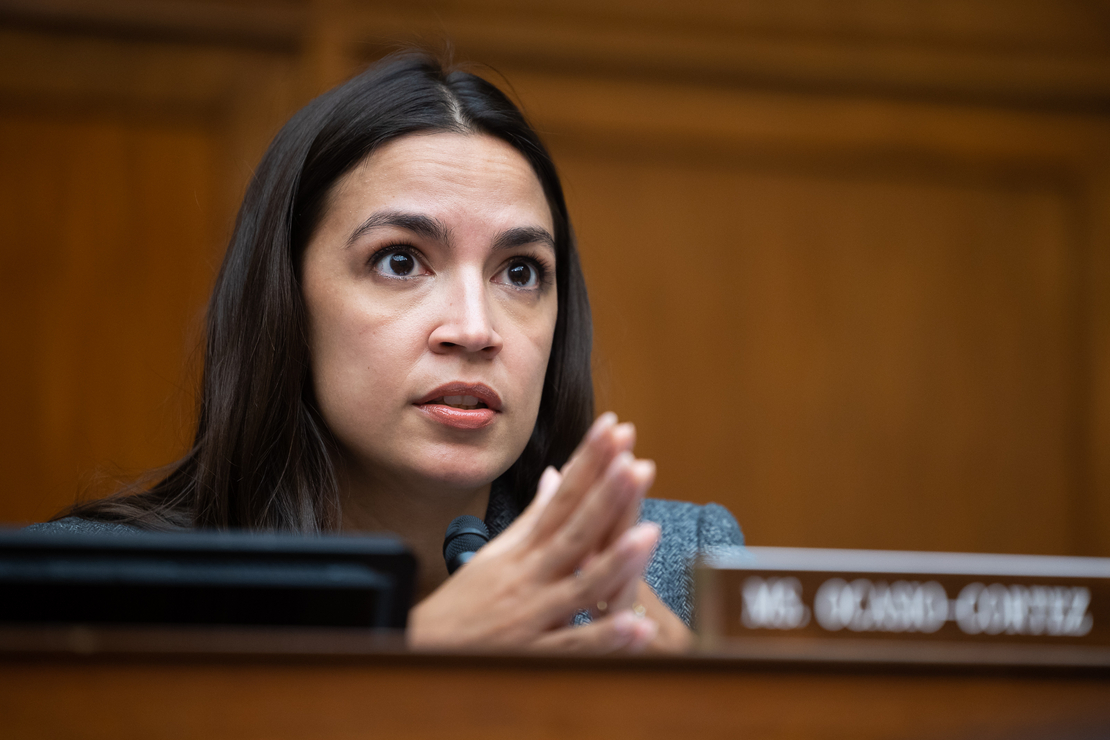 The House has in recent weeks taken several votes to protect individual liberties and reverse the Supreme Court’s decision on abortion last month. Now, progressives are pushing to do the same for the court’s landmark climate ruling in West Virginia v. EPA.

But they’re facing headwinds from some in their own party who have little interest in cracking open the Clean Air Act in an election year.

Rep. Alexandria Ocasio-Cortez (D-N.Y.) is shopping a bill, H.R. 8395, to give EPA the kind of broad authority to regulate greenhouse gas emissions from power plants that the Supreme Court stripped away in its decision last month.

“The bill itself is very narrow and very tailored,” Ocasio-Cortez said in an interview. “It’s also quite short because all that it seeks to do is to update the language on generational shifting cited by the Supreme Court in their EPA ruling.”

The House has taken several recent votes to protect gay marriage and enshrine abortion and contraception rights in response to the Supreme Court overturning Roe v. Wade last month. The bills united the party against what they believe are unpopular GOP positions, and the gay marriage measure appears to have a shot at passing the Senate.

With little chance of passing the evenly split Senate, Ocasio-Cortez’s bill would be more of a messaging effort for Democrats eager to show their displeasure with the court and that they are still acting on climate change, despite the apparent death of their climate legislation in the Senate.

But Democrats said reversing the decision in West Virginia v. EPA is a more complicated proposition that could divide their caucus.

“First of all, we don’t have the votes in either [chamber] to really do it right,” Rep. Jared Huffman (D-Calif.), a progressive member of the House Natural Resources Committee, said in an interview. “And there’s a risk when you open up something like the Clean Air Act in a Congress like this, so I don’t think that’s the wisest path forward.”

“You’ve just got to draft it in a way that is clear enough that you’re going to get the whole caucus because it doesn’t help us if it divides the caucus,” Jayapal told reporters.

“It has no chance of passing the Senate,” Rep. Kurt Schrader (D-Ore.) said. “I’d rather we spend our time on prescription drugs, USICA — to get those things done and show that we can actually accomplish something, that America can work together,” he said, referring to the “U.S. Innovation and Competition Act” being debated in the Senate.

Schrader, who recently lost his reelection bid to a progressive challenger, added: “It’s important for Democrats this election cycle to show we can deliver, not keep digging the hole a little more deeper.”

That’s the crux of the issue that was before the Supreme Court. Justices ruled 6-3 along ideological lines that EPA lacks authority under the Clean Air Act to regulate based on generation shifting from fossil fuel-based energy to renewables, essentially knocking down the structure of the Clean Power Plan (Greenwire, June 30).

Ocasio-Cortez said she has racked up roughly a dozen co-sponsors. Rep. Ro Khanna (D-Calif.), another leading progressive, said he had signed on as a co-sponsor.

She also acknowledged the opposition in the Democratic caucus, which she said is “a little difficult to understand.” Ocasio-Cortez said she sees how it could be difficult politically. The policy, she added, should be easy.

“I think sometimes there’s this framing of these issues being more complex than they are, but the legislation is quite straightforward,” Ocasio-Cortez said.

Even if the bill hasn’t picked up steam in Democrats’ current efforts to target the Supreme Court, it’s an issue they might be interested in taking up in the committees.

Rep. Paul Tonko (D-N.Y.), chair of the Energy and Commerce Subcommittee on Environment and Climate Change, said he wants to dig into West Virginia v. EPA on his panel in the coming months.

“There’s always time, and I think, being that the Supreme Court has really restricted a lot of activity and is not seeing clearly what the threat of climate is and is not where the general public is, we should look at every and all opportunities to address this,” Tonko said in an interview.