‘Off the table.’ Financial analysts see no big climate bill 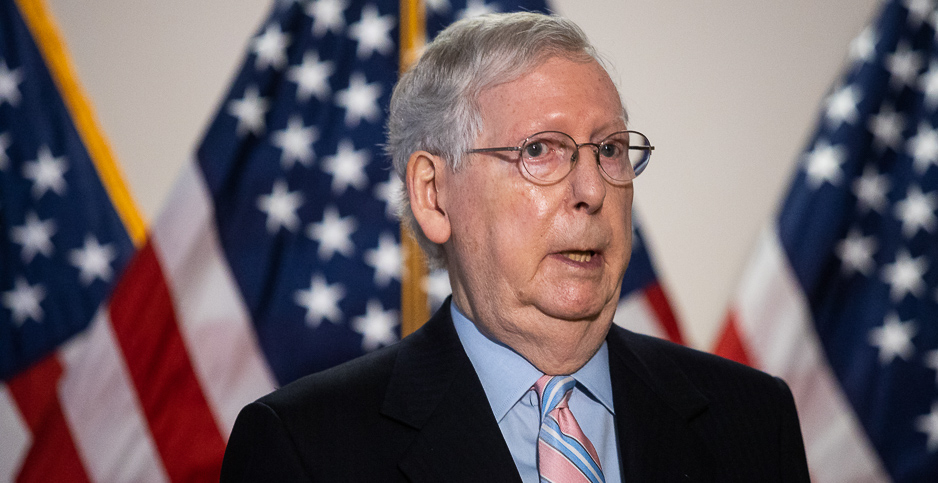 From Wall Street to K Street, Space City to the Motor City, an army of analysts and executives were watching the U.S. elections to see how the results would impact fossil fuel-dependent companies and their competitors.

The emerging consensus — based on more than a dozen research notes, client briefings and investor presentations delivered since the polls closed Tuesday — is that a likely Republican-controlled Senate will rein in the ambitious climate and energy policy changes President-elect Joe Biden touted on the campaign trail.

That’s good news for oil and natural gas companies — which had seen their valuations shrink in anticipation of the blue wave many pollsters predicted — and a mixed bag for renewables companies, automakers and efforts to curb climate change.

"With the federal government constrained, state policies will continue to be important," Ed Crooks, a researcher at the consulting firm Wood Mackenzie, said in a note Saturday, after the Associated Press projected a Biden victory. "The key influences shaping the US energy industry are likely to be market forces, just as they were under Barack Obama and Donald Trump."

Those expectations are based on the assumption that Democrats will fail to win two of the remaining four uncalled Senate races, leaving Sen. Mitch McConnell (R-Ky.), a longtime supporter of fossil fuels, in charge of the upper chamber. Most analysts expect Republican Sens. Thom Tillis of North Carolina and Dan Sullivan of Alaska to narrowly beat back their challengers. And they doubt that Democrats could pull off a sweep of the two Georgia Senate runoff elections early next year.

If Democrats fall short of a Senate majority, "a clean energy standard, carbon tax, or an infrastructure bill with outsized support of clean energy (wind, solar, carbon capture, hydrogen, battery storage and electric vehicles) may no longer be feasible," Morgan Stanley analysts wrote in a report for clients the day after the elections.

Regarding the oil and gas industry in particular, "major tax changes appear unlikely, including those that could compromise the sector’s favorable tax treatment," the investment bankers said. "Lack of single party control in Congress means legislative options to constrain the oil & gas industry could be effectively ‘off the table’ — a key tailwind for the sector."

But the elections weren’t a complete boon for Big Oil, which will lose a powerful ally when President Trump leaves office. Analysts expect Biden to order federal agencies to factor a social cost of carbon into their decisionmaking processes, to reverse many of Trump’s environmental regulatory rollbacks and to issue guidance curtailing federal fossil energy leasing — all moves that would harm the oil and gas companies and other big polluters.

Another threat for polluters: potential moves by Biden’s Labor Department and Securities and Exchange Commission to raise the cost of capital for major fossil fuel producers or consumers.

Divided government would have varying impacts across the sprawling U.S. oil and gas industry. Oil producers could take a hit if Biden rejoins the international nuclear deal with Iran that President Obama helped negotiate. That would allow more Iranian oil back on the market at a time when the pandemic and the slumping economy have already pushed down the price of crude.

Closer to home, Biden has talked about slowing down oil and gas production on federal property. Most U.S. production comes from private property, but drillers have been trying to reassure investors that their exposure to a federal ban is limited (Energywire, Nov. 2).

"He’s already said he will not ban fracking, but he could do other things like stop giving drilling permits on federal land, which would affect New Mexico, Wyoming and the Gulf of Mexico in federal water," Scott Sheffield, CEO of Pioneer Natural Resources Co., told analysts in a conference call Thursday. "Nobody knows whether or not he’s going to do that, but that could have a major impact long term if he stops giving drilling permits."

Oil producers’ bigger problem is the price of oil, which is roughly a third lower than before the pandemic. A federal stimulus bill could help, but it’s likely to be modest, according to Morgan Stanley.

U.S. oil prices spiked the day after the election. They fell through Friday, largely because of "political chaos," but also because of concerns about the pandemic’s resurgence, Bjørnar Tonhaugen, head of oil markets at the data analytics firm Rystad Energy, said in a research note.

"Not all is politics in the oil market though, and there is a definite negative sentiment in Europe and around the world at the moment, due to the restored lockdowns that are mushrooming across countries and regions," Tonhaugen wrote.

A Biden administration could have an immediate impact on interstate pipeline projects. The president-elect could try to block the Keystone XL pipeline, which is still not complete, and he could slow down the final decision on the Dakota Access pipeline, which is undergoing a legal review, the investment bank Tudor, Pickering, Holt & Co. said in a Wednesday note.

And the oil and gas industry could have a harder time getting approval for new projects.

Pipeline operators were seeking to differentiate themselves last week.

Enbridge Inc., which has several pipelines that compete with Keystone XL carrying Canadian oil into the U.S., pointed out that it had few problems getting pipeline permits under the Obama administration, according to its earnings call Friday.

Energy Transfer LP, which operates the Dakota Access line, acknowledged that it could be harder to get permits for new pipelines but noted that it had already built connections to every major oil and gas field.

And a Biden administration could reverse some of the Trump administration’s restrictive policies on trade, which have slowed exports of liquefied natural gas and other products to China.

"It certainly goes without saying that Trump hasn’t been a friend of China," Energy Transfer President Marshall "Mackie" McCrea said on the company’s Wednesday earnings call.

Like oil production, the refining industry is suffering largely because of the downturn in oil prices and the pandemic, which has cut into fuel sales. Seven U.S. refineries have been scheduled to close this year, although three of them will be partially reopened to produce biofuels (Energywire, Nov. 6).

Both the lame-duck Trump administration and the incoming Biden team would have leeway to change the regulations that govern refining.

In the run-up to the election, Trump administration officials signaled support to farm states by backing the renewable fuel standard, or RFS, which requires refiners to blend ethanol into their petroleum products. In September, for instance, the administration turned down requests from dozens of small refiners that had asked for waivers from the standard (Greenwire, Sept. 9).

"An outgoing Trump White House could be more amenable to giving EPA room to manage the RFS in line with its deregulatory agenda," the firm noted.

Likewise, Biden could quickly reimpose the higher corporate average fuel economy standards that Obama had introduced, which would cut into demand for gasoline and diesel.

"Such a change can be accomplished via regulatory agencies (the Environmental Protection Agency) and does not require legislation," Morgan Stanley said.

The future for wind, solar and energy storage companies is less rosy than it could have been had Democrats run the table, but it remains bright.

The renewables industry is likely to get expanded support from the Department of Energy, analysts predicted.

"You’re going to see a lot of resources there," Eric Washburn, an energy and natural resources consultant, said of DOE in a postelection webinar organized by the law firm Bracewell LLP. He served as a top aide to former Senate Majority Leader Harry Reid (D-Nev.) and now is president and CEO of Windward Strategies.

Biden’s DOE is likely to focus on "innovation in green hydrogen, offshore wind, grid integration of renewables and those sorts of things that will undergird his clean energy agenda," Washburn said.

The five-member commission currently has two Republicans, Neil Chatterjee and Chairman James Danly; a Democrat, Richard Glick; and two empty seats. Biden can give Glick the gavel as soon as he’s sworn in as president, but he’ll need to get two more Democratic commissioners confirmed by the Senate to have a voting majority at FERC.

Nevertheless, ClearView’s analysts said they "expect more robust FERC support for electric transmission infrastructure that would support utility-scale renewables (solar and both onshore and offshore wind) and storage capability at the wholesale level. FERC could also favor state and regional initiatives and refrain from pushing its statutory authority with one-size-fits-all rulemakings."

Increasingly widespread and popular in both red and blue states, renewables could get a further boost from any stimulus spending approved by the next Congress, analysts predicted.

Many clean energy companies grew quickly over the past four years despite Trump’s preference for fossil fuels. But their share prices sagged in the immediate aftermath of the election, when prospects for aggressive federal action to slow global warming dimmed (Climatewire, Nov. 5).

But other analysts weren’t as bullish on the prospects for congressional action to bolster the flagging economy.

Actions by the Federal Reserve "may become more important in future months, as they may be left all alone in supporting the economy if the election outcome is a split government and gridlock on stimulus actions," researchers at Cox Automotive wrote the same day. "Without clarity, consumers may not be as willing to buy, even with slightly lower rates and better terms."