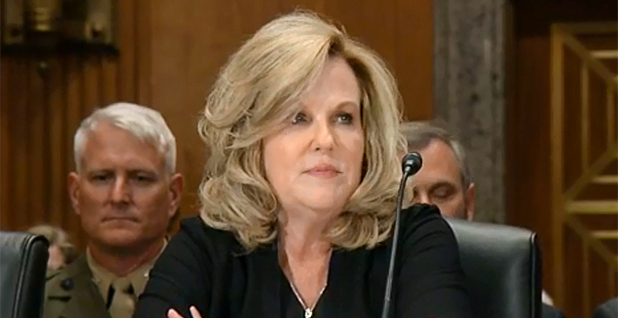 The departure of Dale Cabaniss, whose office is responsible for the human resources functions of 2 million federal employees, comes as the Trump administration struggles to manage workplace flexibilities amid the coronavirus pandemic.

There had been numerous reports of hostility between Cabaniss and White House personnel chief John McEntee, a 29-year-old former Trump campaign aide. News of Cabaniss’ resignation was first reported by Politico.

OPM, which has a reputation for high turnover and low morale, handles benefits and insurance for federal government employees.

Last month, Cabaniss encouraged agencies to consider remote work for employees at a time when President Trump was dismissing concerns about the threat posed by the coronavirus to Americans (E&E News PM, March 4).

Her advice was largely ignored, and in recent weeks, the White House Office of Management and Budget took over handling telework recommendations for the federal workforce.

On Sunday, OMB encouraged all agencies to allow District of Columbia-based employees to work remotely. Unions have called on the administration to extend that advice to all federal employees and to shut down government buildings of more than 50 people (Greenwire, March 16).

According to her online biography, Cabaniss worked for more than 20 years as a Republican Senate staff director overseeing civil service issues on the Government Affairs and Appropriations committees. She also spent seven years as chairwoman of the Federal Labor Relations Authority.

At her confirmation hearing last fall, she promised she would "be as transparent as possible."

She also vowed to improve morale and work with unions.

This isn’t the first abrupt resignation from an OPM director in this administration. In 2018, Jeff Pon left the agency after just seven months.