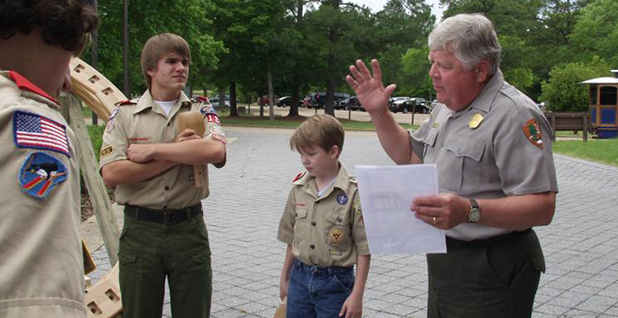 A former national park superintendent who gained notoriety by helping Washington Redskins owner Daniel Snyder cut down trees on a hillside near his property in 2004 will be named the new acting director of the National Park Service next week, according to sources.

Two sources with knowledge of the move said P. Daniel Smith, the former superintendent of Colonial National Historical Park in Virginia, will take the job Monday.

He will replace acting Director Michael Reynolds, who took over for Jonathan Jarvis, President Obama’s parks chief, a year ago.

Sources said Reynolds has been told that he must give up the job, with his term limited to a 300-day appointment as the acting chief.

Neither the Park Service nor the Interior Department would comment on the news first reported by the National Parks Traveler blog.

Smith helped Snyder in his bid to cut down more than 130 trees on a Park Service-protected easement between his Potomac property and the Chesapeake and Ohio Canal, according to a report by the Interior Department inspector general’s office (Greenwire, May 22, 2006).

At the time, Smith worked as a special assistant to then-National Park Service Director Fran Mainella.

The IG report said Smith "unduly influenced" deliberations by officials at the Chesapeake & Ohio Canal National Historical Park "by inserting himself in the process through personal communications" with Snyder, Snyder’s attorneys and park officials.

Snyder wanted the trees removed to improve his view of the Potomac River.