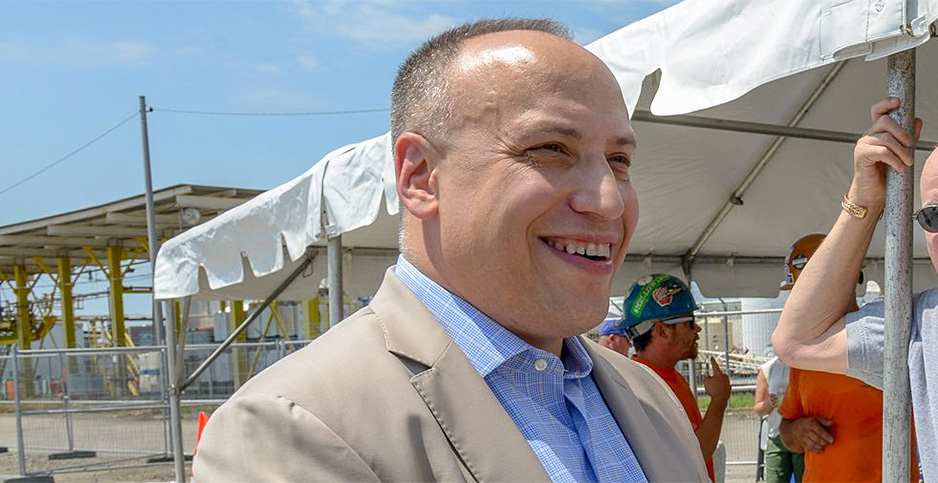 Jeff Grybowski used to lead the company that built the nation’s first offshore wind pilot project, and after a year on the sidelines, he wants back into the industry.

Now, the former CEO of Deepwater Wind LLC says he isn’t sure whether Joe Biden will give the jump-start to offshore wind that many are expecting, despite the president-elect’s goal of decarbonizing the country’s power supplies by 2035.

"I don’t know what to expect," he said in an interview, adding that he hoped Biden would address staffing and permitting bottlenecks in the Interior Department. At the same time, the Trump administration hasn’t been fully negative for offshore wind, he said, despite criticism from some offshore wind advocates.

There were "unrealistic expectations" of how fast the industry would develop, he said when asked about President Trump.

Grybowski quit his post in July 2019 after Deepwater Wind was acquired by the Danish developer Ørsted A/S. The company in 2016 began producing power from five turbines off of Rhode Island’s Block Island, the nation’s first project.

Last week, he announced that he would take the helm of U.S. Wind Inc. — a developer that plans to undertake a far more ambitious series of wind projects off the coast of Maryland. The company has leased enough space in the Atlantic to provide 1 gigawatt of wind. By comparison, a separate New Jersey wind project is estimated to power 1.1 million homes.

As U.S. Wind’s new CEO, he’ll return to an offshore wind industry that is virtually unrecognizable from the one that he started work in over a decade ago. States across the East Coast have competed to enact the most ambitious mandates for buying offshore power, and large European utilities and oil and gas firms have invested huge sums into supplying it.

"Everything’s changed," said Grybowski. "The industry has clearly matured, and we’re teed up for this huge explosion of projects."

U.S. Wind’s first phase of development in its Maryland lease area — the 32-turbine, 270-megawatt MarWin project — was originally slated to come online in 2021. Its construction and operation permit has been submitted to the Interior Department’s Bureau of Ocean Energy Management (BOEM).

But last spring, the company said it was pushing back its projected start date to 2024, citing the extensive delays already encountered by Vineyard Wind, the developer pursuing the country’s first large-scale project. Last week, Vineyard Wind was put temporarily on hold (Energywire, Dec. 2).

To get the project built, Grybowski will have to navigate long-standing opposition from local officials in the resort town of Ocean City, Md., who say turbines will hurt real estate values and discourage tourism.

Having the backing of Apollo Global Management Inc. won’t hurt. That New York-based investment firm pledged this summer to bankroll U.S. Wind with up to $265 million for turbine construction.

"Most of our rivals are big European utilities. That’s not us," he said. "We’re not a publicly traded company. We can make decisions very quickly. At bigger companies, there’s lots of bureaucracy to go through … I think we can be more entrepreneurial and risk-taking than other companies can be."

Grybowski spoke to E&E News by phone last week about Trump, Biden and the challenges facing the industry.

How has Trump done, overall, on offshore wind?

We’ve seen delays with Vineyard Wind, but the good news, from my perspective, is that all the projects on the table are still proceeding. BOEM has been working.

Frankly, I think there was a fair amount of unrealistic expectations from journalists and observers of the industry about how fast development would happen. I never had any doubt that it would take much longer than people wanted it to take. These are big, complicated projects, and the federal government has never permitted one before.

I was never under the impression that projects would just start springing up a year or two after they got their revenue contracts. And frankly I don’t think most people in the industry thought that, either. I think a lot of, to be honest, journalists thought that, and advocates thought that. But people who were actually involved in the day-to-day business of developing big projects knew it was gonna take a long time.

The president has derided renewable energy, and some have said Vineyard Wind’s permit delays are due to some kind of anti-renewable bias within the administration.

The whole point of permitting is to take into consideration all of the impacts. And when you’re doing that for something new, like offshore wind in the U.S., it shouldn’t surprise us that it’s taking time. Obviously there are fishing groups in the Northeast that have raised really significant concerns. Those concerns can be addressed, but I also acknowledge they were real concerns. I don’t think anyone is suggesting their concerns should’ve been dismissed and projects just should have been approved. We can have an argument about how long it should take. But in the grand scheme of things, if we have a successful industry, and it took us a couple more years to get it right, I would be in favor of taking a few more years to get it right and have a blooming industry that did it the right way, than to have rushed and have a bunch of people be really unhappy with the way it happened.

How much of that responsibility lies with the developers themselves?

It is obviously a mix of all the people at the table. Everyone is going through it for the first time. It’s not as if there’s some magic or secret formula that would solve every problem.

I wouldn’t characterize what [developers] should’ve done. I’d leave it at — this is one of those conflict areas that clearly needed to be worked out, needed time to be worked out. I don’t know precisely where things stand with some of those projects right now, but I’m not surprised it’s taken time for developers, regulatory agencies and stakeholders to work through these issues.

What do you expect Biden’s administration to do differently?

One hope I have is that there’ll be an emphasis on [greater] staffing and resources, given the volume of projects that are trying to proceed. We sometimes take for granted that there are enough resources at federal departments to do stuff, but the reality is, the folks in the federal government are dealing with this relatively sudden explosion of applications and projects. There’s a concern that it could end up being a pinch point — that there’s not enough people at BOEM and other federal agencies.

Better coordination between agencies, so they’re on the same timeline, the same page, is important and requires some attention from the White House. It requires someone above all the agencies to tell them to work together. So that’s something else I hope we see.

Biden wants to put the U.S. on track for 100% carbon neutral energy by 2035. What would that mean for offshore wind?

I’m in no position to speculate. I think it’s very difficult for states on the Eastern Seaboard to reach any of their current high clean-energy goals without offshore wind. The East Coast is very unlike Texas or the Great Plains. It just doesn’t have that kind of real estate to do onshore renewables. Consequently, I don’t know how you meet a national goal, either, without a fair amount of offshore wind.

What challenges do you see the offshore wind sector confronting as it grows?

One of the big issues on the horizon is the ability of the onshore grid to handle future rounds of projects. That’s clearly a concern of most developers: Where will the next round of projects interconnect? I think the industry, state and federal governments, utilities and [independent system operators] all, collectively, will need to do a lot of work around solving those issues.

When you left Deepwater Wind, you were reportedly planning to launch a startup. What have you been up to, and how did you land at U.S. Wind?

Apart from taking a whole lot of time off and doing nothing for a while, I’ve been in touch with folks in the clean energy space pretty broadly. I was looking quite a bit at solar and storage. But I was around for the very beginning of the offshore wind business in the United States and couldn’t stand on the sidelines as this industry started to mature.

My goals are to build a first-class team at U.S. Wind. … We have a large lease areas with over a gigawatt of capacity, and in Maryland, we have a state that has big ambitions for offshore wind. We have a big task ahead of us.