Offshore wind grid woes may be worse than previously thought 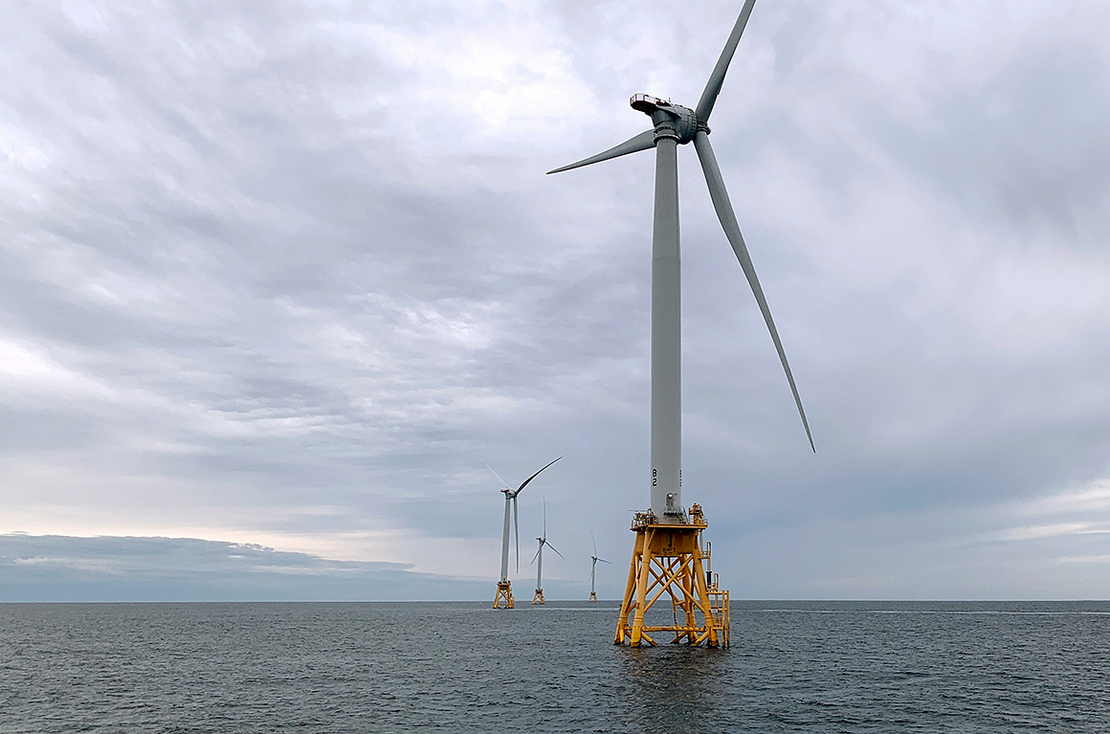 Experts are warning that the challenge of connecting large amounts of offshore wind to an aging onshore grid may be much larger than initially realized.

That’s because offshore wind will need to grow very big, very fast to decarbonize the grid, they say.

The White House has given a big boost to the burgeoning sector with its pledge to facilitate putting 30 gigawatts of offshore wind in the water by 2030 as part of a broader plan to decarbonize the economy by midcentury.

To reach the 2050 target, however, offshore wind would need to swell to 300 GW on the East Coast alone, said Eric Hines, a civil and environmental engineering expert at Tufts University, during an offshore wind panel hosted by Resources for the Future last week.

Hines is not alone in his assessment. While the Biden administration was lauded by industry and activists for the ambitious 30-GW target — which would be a 7,000 percent increase in offshore wind power from today — many academics crunching numbers conclude that the level of emissions cuts called for by Biden would require a lot more power.

A Princeton University study last year estimated that the United States may need to triple its transmission to reach net-zero greenhouse gas emissions by 2050, for example.

“The current power grid took 150 years to build. Now, to get to net-zero emissions by 2050, we must build that amount of transmission again in the next 15 years and then build that much more again in the 15 years after that," said Princeton professor Jesse Jenkins, a co-author of the study, at the time of its release.

Currently, developers are paying for and building transmission project by project.

In Virginia, for instance, Dominion Energy is laying nine cables that are bundled at a central location and connecting to an existing substation for its Coastal Virginia Offshore Wind project. For Vineyard Wind, a 35-mile cable will land at Barnstable, Mass., on Cape Cod.

“Once we get beyond that first 30 GW, we are really going to have our hands tied as an industry,” said Bill White, president of Avangrid Renewables, during the Resources for the Future panel. Avangrid has a 50 percent stake in Vineyard Wind, the first full-scale offshore wind farm approved for construction in the United States. It broke ground earlier this year.

‘We are going to be choked’

Some regulators are looking beyond the developer-led transmission approach to regional planning.

New Jersey has offered one potential example, with the state planning to pay for transmission infrastructure to serve its expanding offshore wind sector. It is considering options such as a transmission backbone located offshore to serve multiple projects that would also guarantee a minimum number of cables landing on the state’s ecologically sensitive coastline.

The Federal Energy Regulatory Commission has expressed support for New Jersey’s approach and has been gathering input on how cost sharing across regions could be used to cover the transmission expansion needed for an offshore wind boom.

But an even greater level of planning and policy will be necessary, experts warn.

“If we do not coordinate, we are going to be choked,” said Hines.

He said the “macrogrid” idea envisioned in studies at the Department of Energy may finally come to fruition due to offshore wind.

Today, the Eastern and Western grids are separated by a seam with just seven interconnections with limited capacity. A modern grid would be able to fling large amounts of power across this great divide, a concept that has long intrigued electricity experts and was the subject of a DOE National Renewable Energy Laboratory study this year (Energywire, Oct. 25).

“The conversations we’re having now about the offshore grid dovetails very well with the conversations the Department of Energy has been having for over 20 years,” Hines said.

Reaching a level of offshore wind development such as 300 GW would also take more water in terms of acreage.

The Bureau of Ocean Energy Management has conducted eight competitive lease sales since 2013. Leasing for projects involves a multiyear process of analyzing the area for conflicts and coordinating with other ocean users like the U.S. military and with coastal states.

“We will indeed need more capacity,” said James Bennett, head of BOEM’s renewable energy office, during the panel. He noted the potential future that lies in deep water off the Atlantic seaboard and in the Pacific.

BOEM has a record 14 offshore wind farms in development or recently approved from North Carolina to Massachusetts. It expects four more applications to come in over the next year.

Existing proposals are facing criticism, however, with communities in New Jersey, North Carolina and Maryland raising concerns about the impact of wind turbines.

Nantucket residents have filed a lawsuit over Vineyard Wind’s potential threat to the endangered North American right whale, with the support of a former adviser to President Trump, David Stevenson. Stevenson has said he would rally a fight against offshore wind down the East Coast.

But other communities have made peace with the industry, receiving big investments to go along with plans for having a high-power transmission line buried under their beaches.

In Massachusetts, where the nation’s first big offshore wind proposal, Cape Wind, once sank amid legal assaults, some residents have embraced the Vineyard Wind project. The burying of the Vineyard transmission cable will help the town of Barnstable overhaul its wastewater and sewage systems, some residents say (Climatewire, Nov. 19).

White of Avangrid noted that the wind industry has been at work locally for a long time in the United States. Vineyard Wind has held more than 600 community and public meetings, he said.

“It’s kind of unprecedented, the amount of engagement that we have had,” he said.

Bennett from BOEM said that once the industry starts producing power, it will be easier for the public to understand what it is, and to see its benefits.

He said: “The most effective communication is steel in the water.”