Offshore wind in 2022: Billions in bids and new confidence 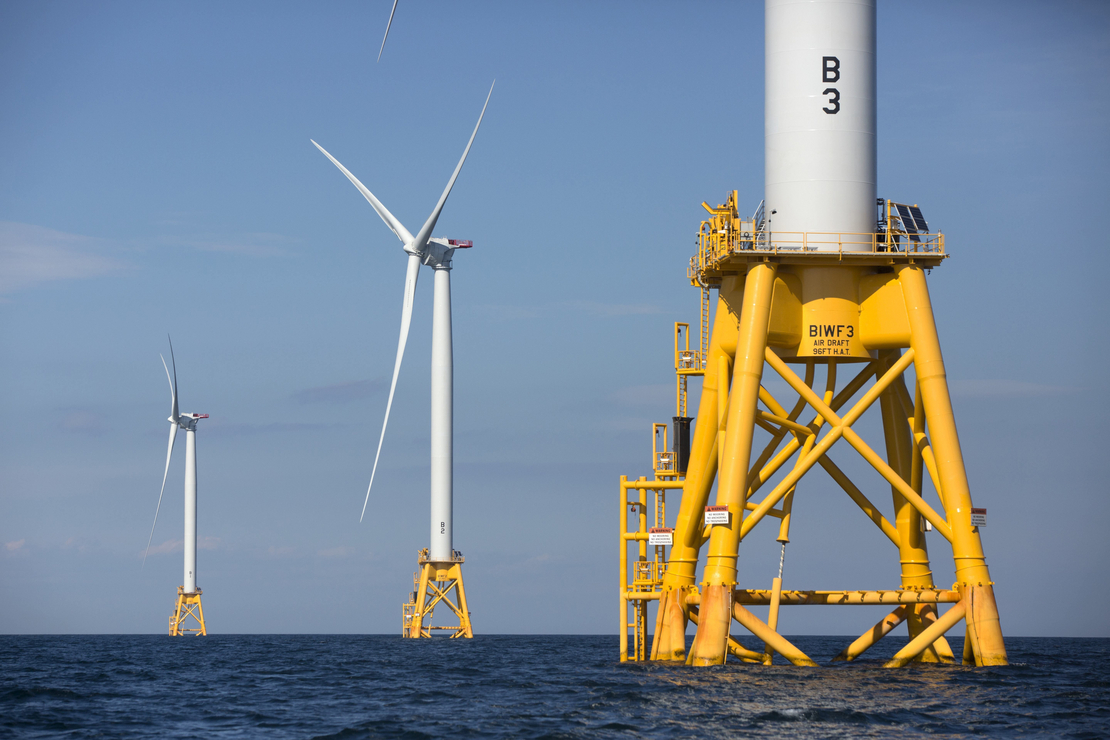 Offshore wind advanced at a dizzying pace in 2022, from billion-dollar bids in New York to turbine installation vessels arriving in New England waters.

The landmark year buoyed confidence in investment in the U.S. market and saw the expansion of federal tax benefits — along with an increased government workforce — to support wind growth. Insiders continued to express confidence in the industry despite looming economic headwinds that threaten to slow the pace of President Joe Biden’s wind boom in the years ahead.

The White House’s commitment to raising turbines in the ocean, to reach a 30-gigawatt target by 2030, enough to power 10 million homes, fueled much of the growth seen over the last 12 months.

In February, energy companies pledged $4.4 billion for wind leases off the coasts of New York and New Jersey, the largest offshore energy sale in U.S. history.

The Biden administration would go on to hold its first auction in the Pacific Ocean and commit to raising 15 GW of floating offshore wind, a developing technology that’s needed to build wind farms in deep water.

“The momentum continues for the offshore wind sector,” said Erik Milito, president of the National Ocean Industries Association. “The government has done a good job of keeping things moving at a reasonable pace.”

New financial certainty also came from Congress, which expanded incentives to underwrite offshore wind investments and provided benefits for manufacturers of components like turbines and blades, and turbine installation vessels. As the year neared its close, turbine installation vessels arrived in northern waters to begin construction on the first large-scale projects in the country off the coast of Rhode Island and Massachusetts.

It’s a growth story only dampened by the specter of inflationary costs from the Covid-19 pandemic and the Russian war against Ukraine that have begun to bleed into development forecasts. The high price of steel and supply chain problems could pose threats as companies scramble to quickly launch projects.

Inflationary costs are not a unique problem for offshore wind. They are mirrored across the energy industries, noted Michelle Solomon, who tracks electricity trends for Energy Innovation Policy & Technology LLC, a nonpartisan think tank that supports the energy transition.

But there is a “concerning” possibility that inflation and supply chain issues can slow down the offshore wind build-out in the United States at a time when climate targets demand an even faster pace of renewable deployment, she said.

This month an offshore wind developer asked Massachusetts if it could bow out of contracts with utilities, citing higher costs that have put the project underwater without a different deal, while other large developers like Ørsted A/S and the Public Service Enterprise Group Inc. have been frank about their concerns about prices undermining project timelines (Energywire, Nov. 15).

The pressure is also at an all-time high for the Biden administration’s offshore wind bureau, the Bureau of Ocean Energy Management, to meet lofty clean energy targets. Despite a breakneck speed, the bureau needs to approve more than a dozen offshore wind arrays in under two years (Energywire, Dec. 1).

Still, these pressing challenges follow a pivotal year in offshore wind that’s increased confidence that the industry has cemented its position in the U.S. Here are four takeaways of how the sector shifted in 2022 that shed light on where it’s going.

But the high bids also quickly garnered criticism from within the industry for making projects potentially more costly to bring online and undermining the momentum and public buy-in for the new sector.

Ørsted North America’s CEO was critical of bidders pushing bids so high during the New York sale. The company, the largest in the U.S. market, backed out when prices skyrocketed in the auction.

Damian Bednarz, managing director of Attentive Energy — a subsidiary of French oil and gas giant TotalEnergies SE, which won an 84,000-acre lease in the New York Bight — defended the high-altitude bidding as a reflection of how strong the New York market is.

“I think everyone in the New York Bight auction who did their homework knew exactly what they were getting themselves into,” he said.

But that attitude was not repeated in subsequent federal lease auctions — one in North Carolina in May and another in California in November — a reflection of different markets but also a more “balanced approach” to bidding, Nørgaard said.

New certainty in the U.S.

Regular offshore wind sales and a new tax incentive environment created by Congress have made the U.S. offshore wind sector more stable than it’s been in the past, experts said.

Three offshore wind auctions in succession were the most visible sign of the Biden administration’s commitment to make its clean energy targets in the last year. They were also part of a push to inject certainty into the young market, said Stephanie McClellan, executive director of Turn Forward, a nonprofit advocating for responsible offshore wind growth.

“The spigot gets turned on,” she said. “Everything just gets more real.”

McClellan, who served as an early adviser to the Biden administration for offshore wind, said the California sale in particular proved how strong the industry has become in the U.S. At time of high inflation, in a region where the technology needed to bring projects online is in development, the auction still attracted a record number of bidders.

The sale closed at over $700 million, for two leases off the central coast, second only to New York in revenue generation for offshore wind in the U.S.

“One of the big takeaways, you know, is the unmistakable market interest in offshore wind development in the U.S.,” she said.

The passage of the Inflation Reduction Act also firmed up the economic outlook for offshore wind, extending and expanding offshore wind tax credits and creating new manufacturing credits to boost the supply chain.

Nørgaard said that certainty is expected to boost company investment. She also said the supply chain is poised to become more stable and expand along with the regular progression of projects through the federal pipeline.

“What we have seen in the past in Europe, is that you really need to have a firm, mature pipeline of projects from a supplier perspective before you actually go ahead and make an investment for setting up a factory for supplying to the offshore wind market,” she said. “Next year, we will probably see some investments moving ahead.”

A quiet, but important, change over the last year was the increase in workforce and budget for the Bureau of Ocean Energy Management, the agency responsible for exploring where in the ocean to lease for offshore wind, as well as conducting auctions and reviewing each project proposed on the outer continental shelf.

Congress has been nudging up funding for the bureau over several budget cycles, with BOEM over the last year reaching roughly 70 people in its renewable office, the kind of staffing necessary if Biden’s targets are going to be within reach, said McClellan.

Since Biden took office, BOEM has begun to weigh 10 offshore wind farm proposals. It has a goal of 16 approvals by 2025, set by the White House.

“I give them a lot of grace, in terms of where they are,” McClellan said. “They doubled their size in 2022. And now it’s a matter of moving from capacity to sort of execution and expertise.”

Several moves in 2022 point to a new frontier for offshore wind in the United States: floating turbines for deeper waters.

It’s a maturing area to moor turbines to the sea floor without using steel jackets or monopiles, still in its infancy even in Europe, where offshore wind has developed faster than in the U.S. It will be necessary to tap much of the global offshore wind potential, such as in the Pacific Ocean, the Gulf of Maine and in new areas of the Atlantic.

“You can count the number of turbines on the floating side on two hands,” said Milito. “So that’s not an extremely mature technology, but it’s a technology that is in place and it’s ready to go. It’s been proven, it’s feasible and it’s something that will be commercial rather quickly.”

In a nod to both the need and demand for floating technology, the Biden administration committed to lifting 15 GW of floating offshore wind by 2035, a target meant to speed maturation.

BOEM underscored the U.S. interest in floating wind, again, when it released draft wind energy areas in the mid-Atlantic, located much farther from shore than the first leases sold and in some of the deepest waters yet for federal leasing.

“We were quite surprised to see the depths of the areas up to 2,000 meters. It’s really taking the next step in terms of deepwater applications and challenges,” Nørgaard said.

New areas of offshore wind in the U.S. may be the focal point of 2023, along with the first wind arrays finishing construction, new wind farms earning approval and high costs rippling through the development chain.

The Biden administration has promised a wind sale in the Gulf of Mexico and potentially off the coast of Maine in the years ahead.

“Where would the next center of gravity be? I think that’s something we will follow quite closely going into next year,” Nørgaard said.