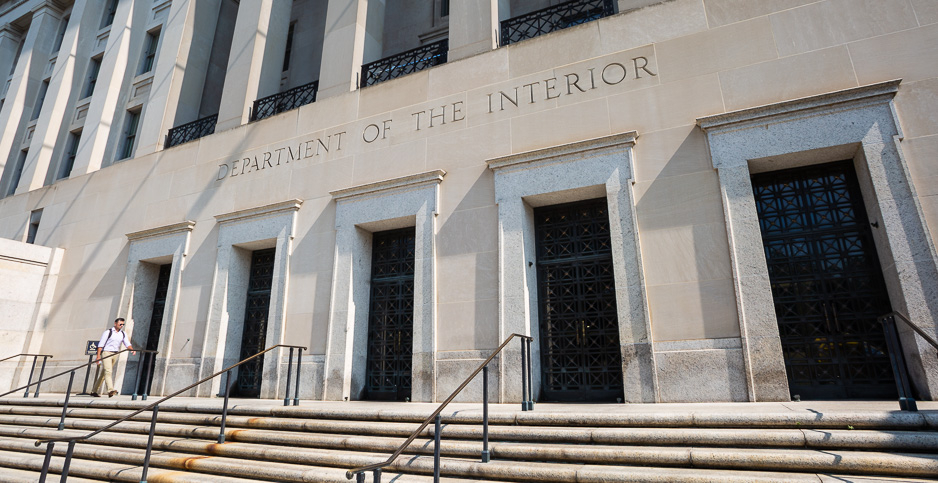 The Interior Department's Office of Surface Mining Reclamation and Enforcement is getting a new de facto chief. Francis Chung/E&E News

Lanny Erdos, the Ohio Department of Natural Resources’ mine lands and safety chief, is joining OSMRE as a political appointee, sources said.

"The Department does not have a personnel announcement to make at this time regarding OSMRE," a spokeswoman said.

Joe Pizarchik, who led OSMRE in the Obama administration, said two people at Interior told him that Erdos will be named principal deputy director, a title that doesn’t require Senate confirmation, but in reality will become the primary decisionmaker at OSMRE.

President Trump had nominated J. Steven Gardner to become OSMRE director, but the Kentucky coal industry consultant withdrew his name from consideration after the nomination stalled in the Senate for more than a year. Glenda Owens has served as acting OSMRE director.

"Trump once again attempts to circumvent the constitutionally required process of Senate advice and consent for executive agency nominees, and also once again violates the Federal Vacancies Reform Act," she said. "Citizens Coal Council calls upon the Senate Energy and Natural Resources Committee to require a confirmation hearing on the appointment of Erdos."

Pizarchik also expressed concerns, noting that he was not allowed to set foot inside Interior until he was confirmed. But he described Erdos as a respected regulator.

"He’s not industry-oriented, nor was he strongly environmentally oriented; he was pretty much middle of the road — noncontroversial," Pizarchik said.

Bob Mooney, who worked as OSMRE’s Ohio deputy field office director from 1978 to 1995, said he has also heard from for colleagues at Interior that Erdos is joining the agency.