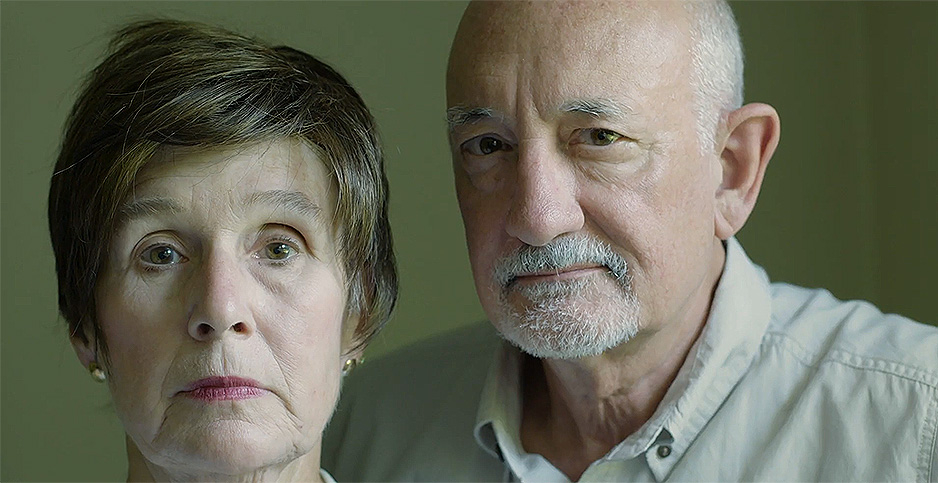 A campaign to overturn Ohio's new energy law was countered by ads meant to stoke fears that China was meddling with the state's electric grid. The pictured couple appeared with other Ohioans in one ad. Ohioans for Energy Security

The governing board for the state ratepayer advocate concluded in a 2016 report on the state of Ohio’s power sector with the title "Everyone Is Unhappy."

Enactment of H.B. 6 sparked a battle between competing interests and a signature-gathering campaign to undo the law. Activists circulating petitions said they’d been assaulted and harassed. And in an order last month, U.S. District Judge Edmund A. Sargus Jr. called it "one of the most expensive and divisive campaigns in Ohio history."

With less than a year until the 2020 election, one that could again put the national spotlight on Ohio, the fallout over H.B. 6 and the subsequent battle over efforts to overturn the law by referendum is unlikely to fade.

What’s less clear is whether the issue could make a difference next year in the 2020 presidential election. Ohio’s new energy law aligns with President Trump’s energy agenda and benefits one of Trump’s allies, but it’s unknown if the president or his supporters intend to bring up the issue in visits to the state.

But the issue could become fodder for legislative races.

"I can imagine the Democrats seeing this as a political issue and a political issue that could resonate," said Ohio State University political science professor Paul Beck. "It didn’t smell good, it looked like it was something that was kind of an inside deal.

"The question is: Can the Democratic opponents make [voters] pay attention? It’s going to be a hard sell."

What is certain is that the political debate within Ohio shows no signs of abating.

"We will remember that you sided with Wall Street investors over hard-working Ohioans," the ad states. "We will remember you bailed out two outdated nuclear power plants and two coal plants. … Your vote killed Ohio’s renewable energy standards. We will remember."

The ad was paid for by the Ohio Consumers Power Alliance, a consumer and environmental advocacy group. But it doesn’t target Republicans. It takes aim at a Cleveland-area Democrat, state Rep. Terrence Upchurch, who is so far running unopposed.

While H.B. 6 was sponsored by Ohio Republicans and advanced through the Legislature by Republican leadership, the votes to pass the bill weren’t strictly along party lines.

"This is not over. This is a big deal," Belz said. "Anyone who voted for H.B. 6 should have to be accountable for it."

Ohioans were saturated with television, radio and online ads over the summer from dark money groups both for and against an effort to overturn H.B. 6 by voter referendum.

One group called Ohioans Against Corporate Bailouts urged voters to sign a petition to enable a voter referendum on H.B. 6 in the 2020 election.

A competing ad from Ohioans for Energy Security urged voters not to sign the petition. The group went further, though, by linking the H.B. 6 referendum to an effort by the Chinese to interfere with the state’s power grid.

The League of Women Voters of Ohio and Common Cause Ohio said the "dark money" campaigns were aimed at confusing and intimidating voters and highlighted the need for reforms.

The resolution, introduced before the Ohio House Energy and Natural Resources Committee last month, was accompanied by 850,000 signatures in an effort to amend Ohio’s Constitution by putting the issue to voters next fall.

The amendment would prohibit foreign businesses and individuals from having a majority ownership interest in critical infrastructure located in Ohio, including power plants, electric transmission lines and gas pipelines.

Callender didn’t respond to an interview request. But he told committee members the measure was prompted by concerns that several natural gas power plants being developed in Ohio are partially financed by Chinese banks.

One of those companies building new gas-fired power plants in Ohio is Clean Energy Future LLC.

Clean Energy Future founder Bill Siderewicz said the measure is an effort by utilities to keep electric generation from being built in Ohio.

"Unless they are subsidized via a bailout (i.e. HB 6) they can’t compete," Siderewicz said in an email to E&E News. "This is nothing more than ‘smoke and mirrors’ created by Ohio’s electric utilities as they continue their ‘pay to play’ scheme in Columbus."

Renewable energy advocates, who found themselves aligned with the natural gas industry during the summer’s energy debate, are battling a different legislative proposal that was stripped from H.B. 6 before it was passed.

H.B. 401 would give Ohio townships the ability to veto projects by referendum after they’ve been approved by the Ohio Power Siting Board.

Dozens of proponents testified in support of the bill last week in Columbus. Opponents have yet to have their say in a hearing, but the wind industry has said the measure would further discourage an already tough market to develop projects.

Clean energy advocates, meanwhile, say they’re focused on trying to change the debate around wind and solar energy in Ohio, which has for years been focused on standards.

"What we need to do is refresh our thinking, really," said Dan Sawmiller of the Natural Resources Defense Council.

Rather than debate the merits of clean energy standards, or mandates, Sawmiller wants to focus on the economic benefits of wind and solar for Ohio in terms of jobs and taxes that projects can generate.

"It’s important how we pivot and move forward from this point," Sawmiller said. "Ohio is ripe for development."

But will it matter in a year? The H.B. 6 debate is unlikely to change control of the House and Senate in gerrymandered Ohio, where the GOP has supermajorities in both chambers.

And despite the millions of dollars spent reaching Ohio voters and the deep feelings elicited by the ads, the effort to overturn H.B. 6 by referendum also may not register next fall.

"It’s the ballot campaign that never was," said David Niven, who teaches politics at the University of Cincinnati.

"Heading into a presidential election, there will be so many intense battles, it will be hard for anybody to backtrack with a reminder issue," he said. "It’s hard to remind people of a thing that didn’t happen."