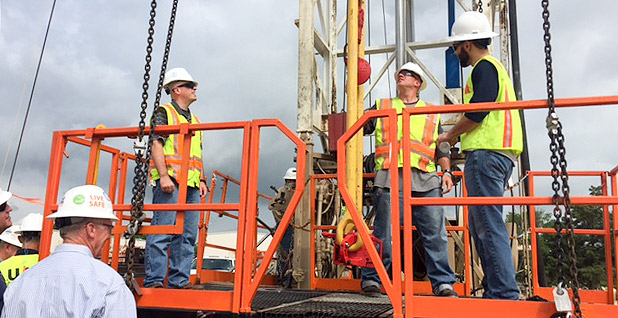 That stands in stark contrast to data often touted by the industry that its overall injury rate is well below the national average. But the data from the Occupational Safety and Health Administration on severe injuries is in line with the industry’s high number of worker deaths.

The pace of severe injuries decreased sharply in 2016. That’s in line with declining oil-field employment and an improving safety record.

Severe injury rates for industries with more than 100,000 workers. The injury data reflect severe injuries reported to the Occupational Safety and Health Administration from Jan. 1, 2015, through Oct. 31, 2016, the time period for which data are available. The employment numbers come from the Bureau of Labor Statistics’ Census of Employment and Wages, adjusted to remove states where injuries are reported to state agencies rather than OSHA.

Upstream oil and gas had 503 such injuries in the period covered by the OSHA data, through Oct. 31, 2016. It is an undercount, because it doesn’t include the 21 states where employers report to a state agency. Those include oil and gas states such as California, New Mexico, Utah and Wyoming.

"Many employers don’t accurately record their injuries," he said. He thinks severe injuries are more likely to be reported because they’re harder to ignore.

"No one says ‘keep working’ when somebody’s lost a body part," he said.

The Labor Department has long known the number of injuries in United States is higher than it reports every year. Michaels has put the undercount at between 30 and 60 percent. It could be higher in the oil and gas industry. Michaels has said "there’s a culture" in the oil field of not reporting injuries.