Oil chaos: Why is it so hard to cut production? 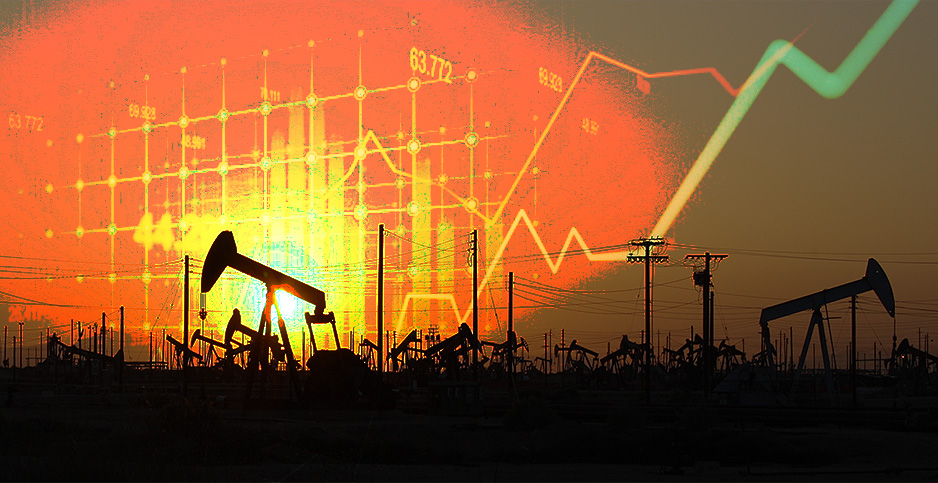 Last week’s round of earnings reports shows that oil companies are finally starting to pull back on their production in response to the coronavirus pandemic.

Big and small companies alike announced that they’re shutting down rigs and closing down wells. Exxon Mobil Corp. said it plans to mothball 75% of its rigs in the Permian Basin (Energywire, May 4).

But the response came more than a month after oil prices started to fall, leaving many observers asking: Why didn’t the industry hit the brakes sooner?

After all, as Texas Oil & Gas Association President Todd Staples said: "If it costs you $8 a pound to make barbecue and you can only sell it for $4 a pound, you stop making barbecue."

The answer to the supply-and-demand question varies from company to company, but analysts say there are multiple factors at play, including an operator’s existing debt level and a lag between the severe demand drop and the time it takes to ramp down supply.

Oil production in the United States, for example, isn’t nearly as consolidated as other sectors like airlines or carmakers. There are a handful of "supermajor" companies that own everything from oil fields to refineries and filling stations, but there are thousands of small operators pumping oil across the country.

And while it can cost millions of dollars to drill a new oil well — tens of million for offshore wells — it doesn’t cost much to keep an existing well running. That’s one reason so many companies were slow to respond to the virus outbreak, said Mark Berg, a vice president at Pioneer Natural Resources.

"If you can clear your operating cost and continue to produce profitably, that’s the analysis that producers go through," he said.

Another reason some of the small and medium-sized oil companies kept pumping for weeks is their debt levels — Moody’s estimated in March that the industry has $86 billion in loans that will mature in the next four years.

Oil industry loans typically come with provisions like predetermined debt-to-earnings ratios that force companies to keep drilling. Also, oil companies often obtain loans based on the production from their proven reserves. Reducing their oil production lowers the amount of their reserves, which can lower their so-called borrowing base.

That may have been the case with Oasis Petroleum, a shale drilling company with operations in Texas and North Dakota. The company announced April 30 that its borrowing base had been lowered from $1.3 billion to $625 million — just days after Reuters reported that Oasis planned to shut down most of its operations in North Dakota.

Some small and medium-sized oil companies were able to survive some of the downturn in oil prices by hedging their production — purchasing the equivalent of insurance contracts that guarantee a pre-set price — said Guy Caruso, a senior adviser in the Energy Security and Climate Change Program at the Center for Strategic and International Studies.

"However, this will only last for a relatively short period because it costs money to hedge," he said.

The turning point may have come on April 20, when a one-day plunge sent oil prices into negative territory for the first time. That gave companies a "clear signal" not to drill or complete any new wells, said Sarp Ozkan, director of energy analysis at the industry data firm Enverus.

West Texas Intermediate, the benchmark grade for most U.S. crude, fell 300% that day. The drop was caused by reports that the industry was running out of storage space for the glut of crude (Energywire, April 21).

In addition to Exxon, Chevron Corp. and ConocoPhillips announced production cuts when they released their quarterly results last week. Combined, the top three U.S. producers are now planning to cut more than 600,000 barrels a day.

Other, smaller producers are following suit. Parsley Energy, one of the companies in Texas that asked the state Railroad Commission to help support oil prices, announced this week that it won’t drill or complete any new wells in the near future.

Other companies are approaching insolvency, including Oklahoma-based Chesapeake Energy, which once billed itself as the champion of shale drilling and natural gas.

The free-market forces that are pushing down production are giving big companies an advantage, since they can afford to buy space on pipelines, Ozkan said. The supermajors, which own both transportation and refining systems, have an even bigger advantage.

John Browne, the former CEO of BP PLC, said the trend could lead to a wave of consolidation in the oil patch.

"I would expect significant restructuring of the [U.S.] independent sector," Lord Browne said in an interview published by the consulting firm IHS Markit. "The assets don’t go away. They are just put into the hands of people with better finances or better financial management. And that will either be the majors or some entrepreneur who figures out a different way of extracting just enough oil so that they don’t need to borrow money to do that."

The leaders of the top three U.S. oil producers were all quizzed about their appetite for acquisitions during analyst calls last week.

Chevron CEO Mike Wirth said his company may look for small transactions, rather than big mergers.

"You can do rifle shots that would be smaller both on the financial and the strategic dimension that could fill in nicely," he said.

ConocoPhillips CEO Ryan Lance said the oil industry, particularly the exploration and production sector, "needs structural change" to help reduce the duplicative costs of having so many small producers. The downturn could provide the opportunity.

"I certainly believe there’s going to be significant stress across the sectors, as you’ve described," Lance said in response to an analyst’s question last week. "And we’re — we’ve been willing to transact."

If the big producers do wind up buying smaller competitors, it could change the nature of the oil business, said Marshall Watson, chairman of the Bob L. Herd Department of Petroleum Engineering at Texas Tech University.

"They have a lot of hedging in place and things of that nature, so they can withstand downturns like this, while the small independents are just getting killed and going out of business. They are losing money daily," he said. "Big Oil is kind of running the small guys out of business."

Since oil prices started falling at the beginning of March, government action has done little to stem industry pain.

Historically, OPEC and other oil-producing nations have kept prices stable by cutting their production. But negotiations between Saudi Arabia and Russia over further production cuts broke down on March 6, and the two nations began flooding the market with cheap oil.

The price kept falling as governments in Europe and across the United States imposed stay-at-home orders that cut further into the demand for fuel. Analysts believe demand fell by about 30% in April.

The Trump administration has pledged to help the domestic oil industry but has had a hard time setting a course.

President Trump helped negotiate a deal between OPEC and other countries, including Mexico, to cut worldwide production by 9.7 million barrels a day, but prices still fell. The Federal Reserve last week expanded one of its loan programs to include oil producers.

State regulators in Texas, Oklahoma and North Dakota have discussed imposing mandatory production cuts within their jurisdictions, but the idea has faced opposition from large swaths of the industry. The Texas Railroad Commission, which oversees the state’s energy industry, voted yesterday to turn down a request from two shale drilling companies to impose the cuts, known as prorationing (Energywire, May 5).

Instead, the commission voted to temporarily suspend several fees associated with oil and gas permits and temporarily waive some environmental rules. Companies will be allowed to store oil in a wider variety of underground formations, instead of just salt caverns, and will allow wells to be shut in for a longer term before requiring them to be plugged.

Energy Secretary Dan Brouillette said last week that the Trump administration is still wrestling with the wide variety of oil companies and how to make sure aid gets to the companies that need it.

"There’s a bunch of big players that don’t need access to government capital because they have access to other resources," he said (Energywire, April 30).

Since then, the market has rallied somewhat as pandemic restrictions have eased in swaths of the country. Oil prices rose to a little more than $25 a barrel yesterday, although that is less than half of where they were at the beginning of the year. While analysts say that prices are likely to remain depressed and there are more industry layoffs coming, Trump said on Twitter yesterday that the jump was a sign that the economy is recovering.