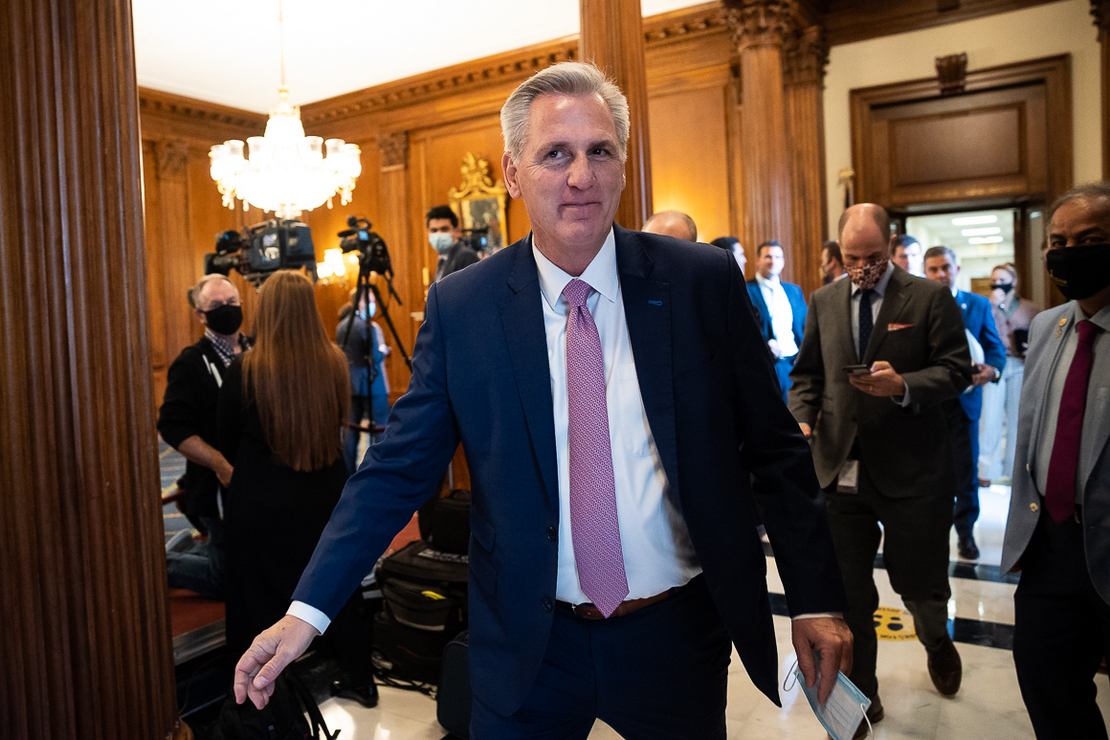 If Republicans take the House or Senate majority in next month’s midterm elections, they’ll have the oil and natural gas industry to thank — at least to an extent.

Oil and gas companies have been among some of the biggest donors to the Congressional Leadership Fund and the Senate Leadership Fund since the beginning of last year, federal campaign disclosures show.

The organizations are closely tied to Republican congressional leaders and, as super political action committees, are able to raise and spend unlimited amounts of money to advocate for and against candidates, as long as they do not coordinate directly with the candidates or their campaigns.

Republicans are eager to pursue policies favoring the oil and gas industry, including more leasing on federal land and fewer climate restrictions. The GOP also plans to use committee gavels to pressure administration officials against President Joe Biden’s green agenda.

Records show that Chevron Corp. has given $3 million to CLF as of Sept. 30, the most recent information available, making it among the biggest donors.

Occidental’s $4 million in donations to SLF made it among the top donors to the super PAC — though the No. 1 was One Nation, a nonprofit tied to SLF that can take in contributions without disclosing donors. Chevron gave $2.75 million to SLF, while Koch gave $1.5 million, and OTA and API each gave $1 million.

Fossil fuel interests have long favored Republicans in their giving. But this cycle’s oil and gas donations to Republican-aligned super PACs are particularly notable because they overshadowed most other interests.

None of the companies donated to House Majority PAC or Senate Majority PAC, the Democrats’ equivalent super PACs, though some of them have also donated smaller amounts to individual Democrats or groups like the Democratic Governors Association.

Super PACs, made possible by a pair of 2010 Supreme Court decisions, give companies the ability to contribute unprecedented amounts of money to campaigns.

They can still set up regular PACs to give directly to candidates’ campaigns, but those donations are subject to limits, including a $5,800 per candidate cap — much smaller than what some large companies and wealthy individuals give to super PACs.

Environmental groups such as the League of Conservation Voters have also dramatically increased their election spending for Democrats via super PACs over the last decade (E&E Daily, Oct. 11).

The disclosed donations may not tell the entire story of the oil and gas contributions. Companies can also donate to nonprofits like One Nation and the House GOP’s American Action Network.

Fossil fuel companies were initially skeptical of whether super PAC donations were a good idea, but many have since come around to it, said Stephen Brown, an energy policy consultant and former lobbyist.

Brown also sees logic in reserving the big donations for Republicans, who have long been far friendlier to fossil fuel companies than Democrats. The top two House GOP leaders — Kevin McCarthy of California and Steve Scalise of Louisiana — come from major oil producing states and districts.

“What’s the point, if you’re in fossil fuels, of contributing to a Democrat? There’s no plus side. The only rationale is if you think they’ll go easy on you. But they’re never going to go easy on you, because politically, it’s not in their interests,” he said. “It’s a fairly easy decision to make, honestly.”

The GOP super PACs have used at least some of the money they’ve gotten to push the fossil fuel industry’s priorities of increasing oil and gas drilling and defeating proposals to restrict the development and use of fossil fuels.

One CLF television ad says that Yadira Caraveo, the Democratic candidate for Colorado’s 8th District, “proudly authored a bill that could eliminate thousands of Colorado energy jobs and voted to raise the gas tax,” which “threatened the livelihoods of families already struggling to put food on the table or fill the tank to get to work.”

Caraveo is running against Republican Barbara Kirkmeyer for the newly created seat.

An ad from SLF says Democrat Tim Ryan, a representative running for Ohio’s Senate seat, supports “a Green New Deal that would cause Ohio energy prices to skyrocket.”

Asked about the donations, API said they align with the group’s policy priorities.

“API supports candidates on both sides of the aisle who support our industry, and who understand that the private sector and the government must work together to unleash investment in America, create new energy access, and avoid harmful policies and duplicative regulation,” Amanda Eversole, the group’s executive vice president and chief advocacy officer, said in a statement.

“Chevron makes political contributions to support candidates who are committed to responsible development of energy resources, reasonable regulatory regime, economic development and free enterprise. Our contributions are made in accordance with the law,” said spokesperson Bill Turenne, noting the company regularly discloses its political donations and membership dues.