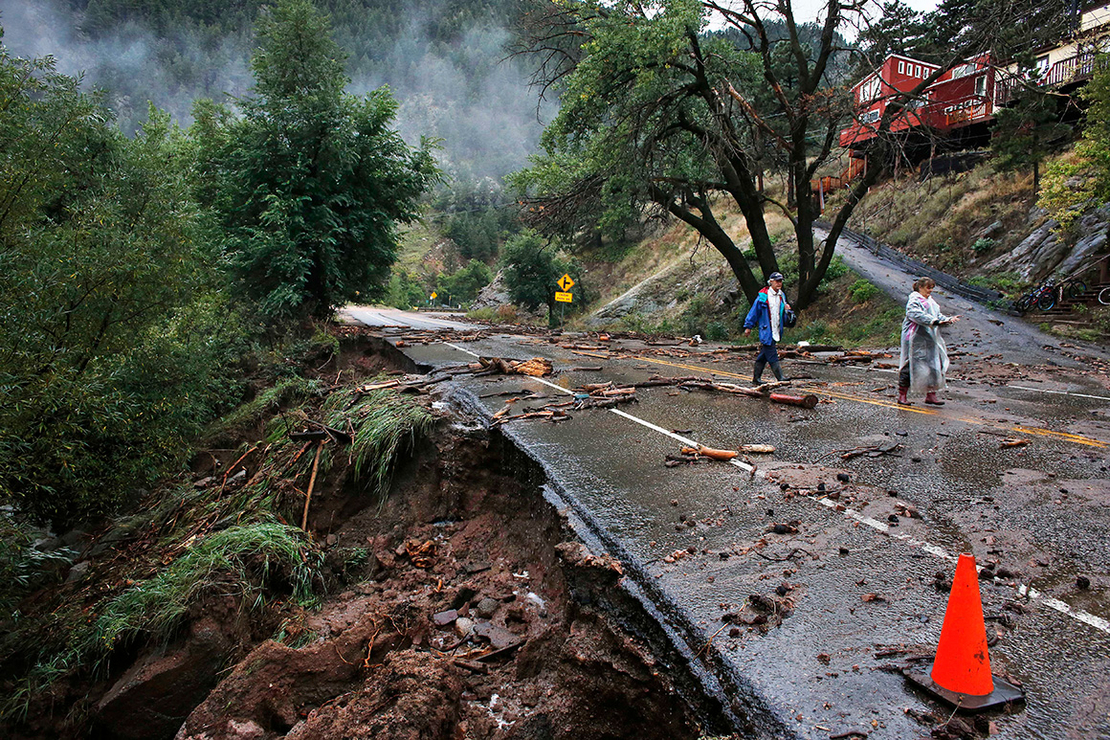 The ruling by the 10th U.S. Circuit Court of Appeals is the first test of a Supreme Court decision last May that sent a host of climate liability cases back to appellate judges with instructions to consider a broader range of factors when deciding whether the challenges should be heard in state or federal court.

Judges of the 10th Circuit rejected all six of the oil firms’ claims to move the case to federal court, where industry may face better odds.

“This is a major victory for efforts to hold Exxon and other polluters accountable for the climate damages they knowingly caused,” said Richard Wiles, executive director of the Center for Climate Integrity, a group that supports the climate liability litigation. “Oil and gas companies are desperate to avoid having to explain their lies and deception in front of juries in state court, but once again judges have rejected their efforts to escape accountability.”

A spokesperson for Exxon said the Colorado lawsuit’s claims are “baseless and without merit” and that the company looks forward to defending itself in court.

“Legal proceedings like this waste millions of dollars of taxpayer money and do nothing to advance meaningful actions that reduce the risks of climate change,” said Casey Norton, corporate media relations manager for the company. “ExxonMobil will continue to invest in efforts to reduce greenhouse gas emissions while meeting society’s growing demand for energy.”

The question of which courts should hear climate liability cases has stymied action on nearly a dozen lawsuits by municipalities looking to force the oil and gas industry to pay for producing planet-warming emissions. The suits were filed in state courts, but industry lawyers have sought to move the cases to federal benches, where judges could find that the municipalities’ claims are preempted by the Clean Air Act.

In the Colorado case, Boulder and two counties sued oil and gas producers in 2018, alleging that the companies had altered the state’s climate by releasing greenhouse gas emissions and that they “concealed and misrepresented” the dangers of fossil fuel use from the public (E&E News PM, April 17, 2018).

Industry lawyers have attempted to move Colorado’s case and others out of state court, but federal judges largely sent them back, and circuit courts found that they were limited to a small set of considerations when examining remand orders.

Then, the Supreme Court ruled last year in BP PLC v. Mayor and City Council of Baltimore that appellate courts should review the entire scope of the oil industry’s arguments for bumping cases to federal judges.

But the 10th Circuit yesterday rejected each of the industry’s other arguments, including Exxon’s assertion that it was operating under federal supervision.

“By winning bids for leases to extract fossil fuels from federal land in exchange for royalty payments, Exxon is not assisting the government with essential duties or tasks,” McHugh wrote.

“Their suit is not brought against emitters,” wrote McHugh, who was appointed during the Obama administration. “Rather, the municipalities’ claims are premised on the energy companies’ activities of ‘knowingly producing, promoting, refining, marketing and selling a substantial amount of fossil fuels used at levels sufficient to alter the climate, and misrepresenting the dangers.'”

Holmes and Lucero, the other two judges who signed on to the 10th Circuit opinion, were appointed during the George W. Bush and Clinton administrations, respectively.

In another climate liability case, a federal judge in Delaware yesterday put on hold a decision to move the state’s lawsuit against 31 fossil fuel firms back to a state bench, pending a decision from the 3rd U.S. Circuit Court of Appeals (Climatewire, Jan. 7).

Judge Leonard Stark of the U.S. District Court for the District of Delaware last month ruled in favor of the state but agreed to a request by BP PLC and other companies for a temporary freeze on the proceedings.

A separate climate liability case from Hoboken, N.J., is pending in the same court (Climatewire, Sept. 9, 2021).

Although Stark, an Obama appointee, wrote that he and other judges have rejected each of industry’s grounds for removing the climate cases to federal courts, he said the rulings “have been subject to little or no appellate review.”

He added that he “agrees with defendants that the issue of whether federal courts can exercise removal jurisdiction over climate change-related state-law claims leaves ‘reasonable room for disagreement.'”