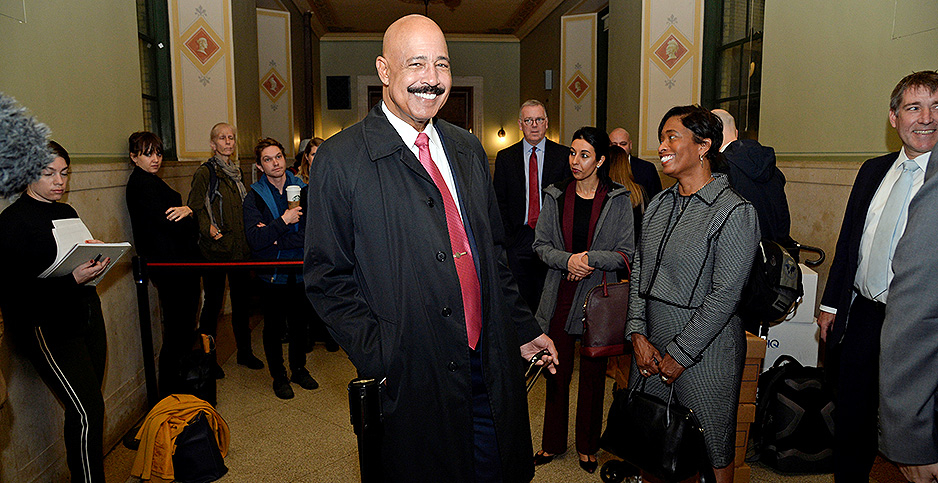 A New York court sided with Exxon Mobil Corp. in a long legal battle launched by the state’s top attorney accusing the oil supermajor of misleading investors on the financial risks of climate change.

"The Court finds that there was no proof offered at trial that established material misrepresentations or omissions contained in any of ExxonMobil’s public disclosures that satisfy the applicable legal standard," Ostrager wrote in his decision on People of the State of New York v. Exxon Mobil Corp.

To win its claims that Exxon violated the Martin Act, a New York anti-fraud law, the attorney general needed to show that the oil firm’s statements would have confused a "reasonable investor" and caused material damage to shareholder bottom lines.

James’ office did not present enough evidence to support its arguments, Ostrager found.

The attorney general’s office said Exxon misrepresented its use of two sets of "proxy" carbon costs to shareholders who requested documentation on the company’s preparations for climate change in its business management.

The company said the costs — and their representation in reports and shareholder meetings — were legitimate.

According to law, he wrote today, Exxon made no "material representations" that would have led an investor astray.

"Nothing in this opinion is intended to absolve ExxonMobil from responsibility for contributing to climate change through the emission of greenhouse gases in the production of its fossil fuel products," Ostrager wrote.

"But ExxonMobil is in the business of producing energy, and this is a securities fraud case, not a climate change case," he wrote.

The state filed its lawsuit last year, which led to a three-week trial in October.

On the last day of trial, James’ office suddenly dropped its fraud claims, save for its arguments that Exxon had violated the Martin Act, which did not require the state to prove intent to deceive (Climatewire, Nov. 8).

Ostrager said today that he would have also absolved Exxon of the claims New York scrapped.

Reaction to the ruling

"The court agreed that the Attorney General failed to make a case, even with the extremely low threshold of the Martin Act in its favor," the company wrote in an emailed statement. "Lawsuits that waste millions of dollars of taxpayer money do nothing to advance meaningful actions that reduce the risks of climate change."

James’ office maintained that Exxon did not seriously consider or publicly disclose the "severe economic impact" climate change would have on the company’s operations.

"Throughout this case, we laid out how Exxon made materially false, misleading, and confusing representations to the American people about the company’s response to climate change regulations," New York’s attorney general said in a statement. "Exxon’s inability to tell the truth, further underscores the lies that have been sold to the American public for decades."

Massachusetts Attorney General Maura Healey (D) has launched her own lawsuit against Exxon for misleading both investors and consumers about the financial risks of climate change, and a number of Democratic presidential candidates have expressed interest in suing Big Oil for its contributions to climate change.