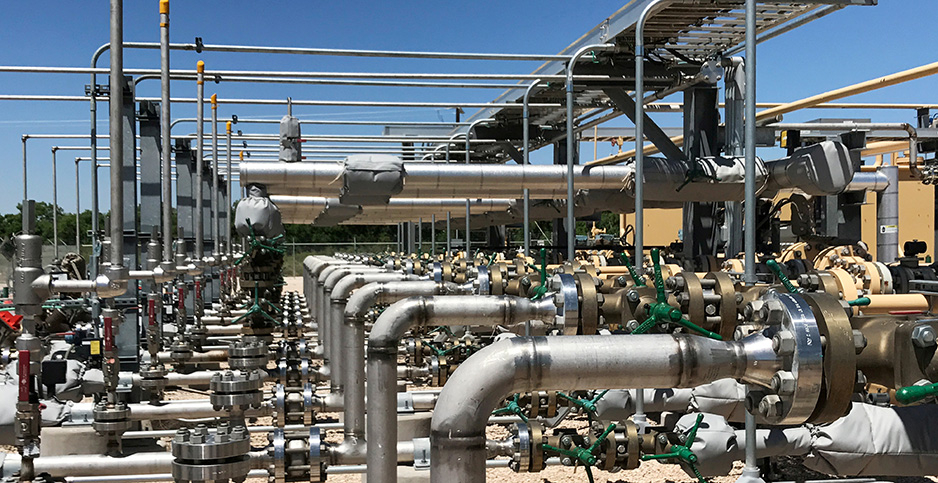 Chevron Corp. and Occidental Petroleum Corp. are forming the first major collaboration between the oil industry and a company deploying technology to capture carbon dioxide from the air.

"It is a very important time for the air capture field right now," said Steve Oldham, the CEO of Carbon Engineering. "CE’s relationships with Occidental and Chevron, and these new investments, will allow us to accelerate the deployment."

The companies did not disclose the dollar amount of the Carbon Engineering partnership, but a CE spokeswoman said the company is on track to reach a goal of raising $60 million by the end of the first quarter of this year.

The move is the latest boost for direct air capture, which envisions sucking greenhouse gas from the atmosphere and storing it or converting it to fuel. Last year, Congress passed legislation that would allow direct air capture to qualify for federal tax credits for carbon storage, and multiple groups, universities and former Energy Secretary Ernest Moniz announced air capture initiatives.

Noah Deich, executive director of the organization Carbon180, said the announcement was "big," considering it is the first time oil companies have provided public equity investment in a direct air capture company.

"Energy companies have the financial capital and technical knowledge needed to scale direct air capture companies swiftly and effectively, and this announcement shows that these energy companies believe that it is a smart investment," Deich said.

Carbon Engineering, which was founded by Harvard University professor David Keith, has been operating a pilot air capture plant in Squamish, British Columbia, since 2015.

The company has separate technology that successfully converted captured CO2 and hydrogen split from water into transportation fuel for the first time in 2016. Theoretically, that fuel would be carbon neutral if burned, since any emissions would rerelease CO2 originally pulled from the air.

The product could be used in existing vehicles and airplanes without the need to rebuild fueling infrastructure, according to Oldham. Money from the oil companies would "accelerate" commercialization of the technologies, he said.

Carbon Engineering is one of several companies aiming to deploy or expand the technology.

Two years ago, Switzerland-based Climeworks AG opened the first facility in the world to capture CO2 at industrial scale from air and sell it directly to a buyer. It has since opened two more facilities, and in December partnered with Coca-Cola HBC Switzerland to use CO2 captured from the air in carbonated beverages.

Direct air capture has been a source of criticism from some environmentalists and scientists who say it would be more cost-effective to try to capture carbon dioxide directly from power plants and industrial emitters. Carbon dioxide in the air is about 300 times more dilute than it is in emissions from a coal-fired power plant, making it potentially costlier to separate, according to the National Academies of Sciences, Engineering and Medicine.

In 2016, two European scientists released a paper in Science arguing that negative-emissions technologies like direct air capture facilities are an "unjust gamble" because they distract from other climate solutions.

"Negative-emission technologies are not an insurance policy. … There is a real risk they will be unable to deliver on the scale of their promise," the paper said.

Yet Keith and other researchers released a study in the journal Joule last year concluding that the cost of direct air capture could range between $94 and $232 per metric ton of CO2, at least three times lower than previous estimates.

In October, the National Academies released a report concluding that technologies that remove carbon dioxide from the atmosphere, including through direct air capture facilities, should play a "significant" role in addressing climate change. The report recommended the launch of a major research initiative to lower costs and increase deployment of carbon removal strategies.

Direct air capture has essentially "unlimited capacity" and is unexplored, the report said.

Since then, several groups have announced new initiatives on direct air capture. The nonprofit Energy Futures Initiative led by Moniz, for example, said it was developing a federal plan to promote technologies for removing carbon dioxide from the atmosphere (Greenwire, Sept. 10, 2018).