Oil kingdom and a ‘high priest’ stall action for 30 years 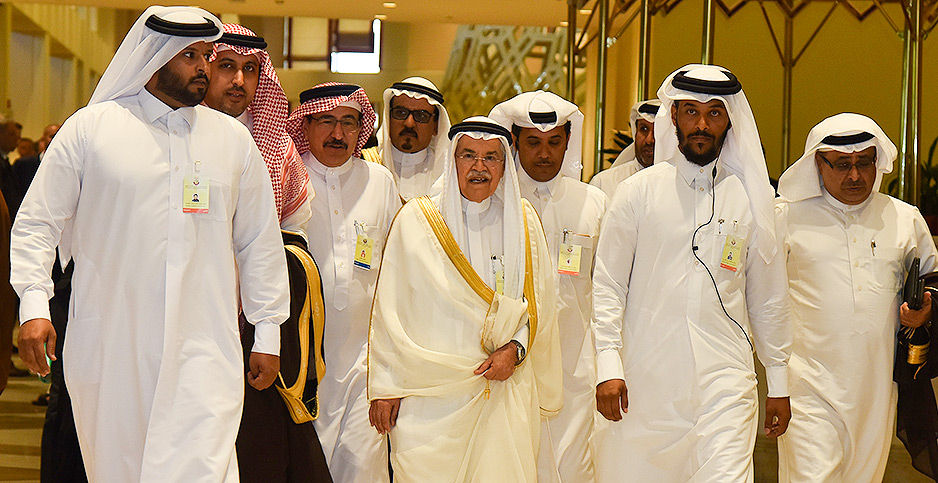 The next day, Al-Sabban was back in his seat in the plenary offering the same set of objections. The oil-rich nation was concerned about the certainty of science on humans’ influence on the climate. The chapter couldn’t move forward until they were addressed — whenever that would be.

But they don’t always lose.

"They’ve played a game that’s been very consistent over a long period of time," said Bill Hare, CEO of Climate Analytics, who has participated in U.N. climate negotiations from their inception in the late 1980s. "The essential, simple game plan that they always play is just to run the clock down and then reap the harvest of that."

A 2001 memo from the State Department’s Bureau of Oceans and International Environmental and Scientific Affairs describes Pearlman’s Global Climate Coalition as having "coal and other industry" members.

In a time before cellphones, these meetings happened in person and were visible to observers. The German magazine Der Spiegel, reporting from COP 1 a few months after Santer’s tussle with Al-Sabban, stated that Pearlman "lurks at the entrance of the plenary room in Berlin waiting for delegates to pass by."

They managed to throw so much doubt on the First Assessment Report’s findings that the body felt compelled to produce a supplement two years later to support the adoption of the UNFCCC treaty at the Rio Earth Summit in 1992.

"It’s clear that the Saudis were fundamental in planting a number of these land mines in the underlying treaty," said Alden Meyer, strategic director at the Union of Concerned Scientists.

For example, the Saudis have consistently blocked proposals to change the UNFCCC’s decisionmaking process from consensus to some form of a majority voting system. Consensus is not the usual standard in U.N. organizations, and it essentially gives every country veto power over every decision.

A draft rule existed that allowed for a supermajority vote as a last resort if consensus couldn’t be reached. But few delegates had read it. She was working on a proposal with island nations to increase ambition on climate action and mentioned at a briefing that it would have an easier path to adoption if consensus was abandoned. Saudi delegates in attendance took note and later insisted on the consensus standard.

"They would have worked it out eventually, but I wish I hadn’t said anything at all that day. Maybe it would have slipped under the radar," Yamin said.

The Paris Agreement mentions carbon once in relation to forests. Saudis had a hand in that and joined with partners to try to enshrine "sustainable development" as the goal of Paris rather than maintaining a target temperature. They were among the last holdouts against an important reference to "pursuing efforts to limit the temperature increase to 1.5C above pre-industrial levels," but didn’t move to block the deal.

"This is a long game they’re playing," said Depledge. "A very long game."

In the run-up to Kyoto, Saudis submitted proposals for how fossil-fuel-based developing economies could be compensated for losses suffered due to the treaty. Those didn’t progress, but they won mandates in the Kyoto Protocol that parties search for ways to "minimize adverse economic" impacts to energy-rich nations. They continued to insist that their alleged plight deserved parity with countries whose homelands and livelihoods are threatened by climate change, like Bangladesh.

Saleemul Huq, director of the Bangladesh-based International Centre for Climate Change and Development, said the Saudis haven’t been the friends they claim to be. He regards the U.N. process as a lifeline.

"They’re like spiders in the middle of the web," Huq said.