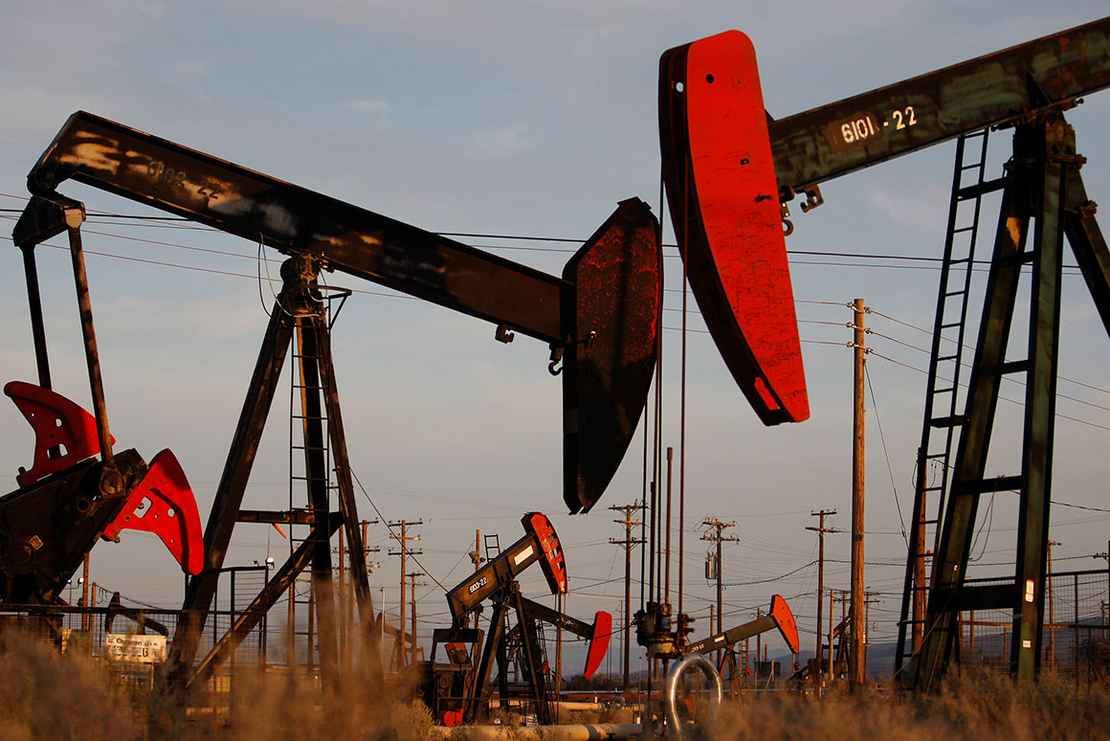 The oil and gas industry is scrambling to prevent Democrats from enacting new mandates and fees through the budget reconciliation bill. David McNew/Getty Images

The oil industry is targeting Democratic lawmakers in its push to preserve beneficial tax breaks, hoping to crack the party’s unity on tax savings that opponents see as subsidies for fossil fuels.

President Biden and congressional Democrats are planning to target oil and natural gas tax breaks to help pay for their massive $3.5 trillion budget reconciliation plan, arguing that they unfairly benefit the fossil fuels that are responsible for climate change.

Democrats say they could bring in $35 billion over 10 years from cutting tax breaks for intangible drilling costs (IDC), enhanced oil recovery and percentage depletion (Greenwire, May 28).

Senate Majority Leader Chuck Schumer (D-N.Y.) estimates the reconciliation package, along with the major bipartisan infrastructure bill, would cut the United States’ greenhouse gas emissions 45 percent by 2030 under 2005 levels, and cutting the tax provisions at issue would account for 3.5 percent of that (Greenwire, Aug. 25).

Oil and gas companies and their allies are ramping up their lobbying to defend the tax breaks, saying the provisions are similar to those enjoyed by other industries, and they’re being unfairly targeted. The industry is also fighting Democrats’ proposal for new fees on methane emissions, saying it would increase Americans’ energy costs.

The American Exploration & Production Council, which represents independent oil and gas firms, has focused its congressional advocacy efforts on preserving the IDC.

“We thought it was critically important to push back on this false narrative that IDCs are a subsidy to the oil and gas industry,” Anne Bradbury, the council’s CEO, told E&E News. “Nothing could be further from the truth. IDCs are normal business expenses, similar to other types of expenses that all other industries are able to recover.”

Her group said such a move would reduce newly drilled wells by about 25 percent. “That’s a pretty significant impact on our activities, on our operations, and that would translate very directly into less oil and gas produced here in America, fewer of these high-paying American jobs, and driving costs up for American families, consumers and business,” Bradbury said.

AXPC is focusing mainly on Democrats in states that have significant oil and gas drilling, she said. It’s also working with leaders at its member companies and wants to help other employees at those companies to get the word out too.

“We have significantly less convincing and education to do with Republicans,” Bradbury said. “So we have been focusing a lot of our efforts on Democrats in our footprint areas, just to ensure that they fully understand the false narratives around what the other side is claiming.”

Sen. Joe Manchin (D-W.Va.), chair of the Energy and Natural Resources Committee, has been skeptical about the $3.5 trillion budget reconciliation push. The same goes for Sen. Kyrsten Sinema (D-Ariz.). Other vocal objections, however, have been rare in the Democratic caucus.

Dan Naatz, executive vice president at the Independent Petroleum Association of America, said the group is communicating with lawmakers of both parties on the issue.

"Independent producers across the country are really concerned that the action will decimate American oil and natural gas producers," he said. "When you talk about taking away intangible drilling costs, percentage depletion and add in a lot of other fees and costs, it really would have a negative effect on the ability of our members both to operate onshore, offshore, on federal land, on private land."

He said that critics couch the provisions as "giveaways" to the oil and gas industry, but that the provisions are designed to encourage reinvestment. "We’re trying to talk to Democrats who are willing to listen to the consequences of passing these provisions, including significantly reduced American production, unstable consumer prices, loss of manufacturing jobs, the revenue to states," Naatz said.

He said the focus of those discussions have been Texas Democrats in the House, but also members of Congress in Ohio, Pennsylvania, Colorado and New Mexico, where there is considerable production, along with West Virginia.

"I won’t say that everybody has listened to us and said, ‘You know, we agreed with you,’ but we’re going to continue to advocate because we believe it’s that important for the industry and for the nation,” he said.

Opinion pieces in state and local newspapers are part of the strategy to preserve the tax breaks as well. Industry leaders and allies have written recently in Oklahoma’s The Journal Record, Pennsylvania’s The Patriot-News, West Virginia’s The Charleston Gazette-Mail and The Hill, among others.

“The president understandably wants to reduce emissions, but cutting energy tax provisions is not the most effective way to do so,” Jeff Kupfer, a former Energy Department official under President George W. Bush, wrote in The Patriot-News last month. “Not only do many of these provisions drive investment and job creation, but high levels of natural gas are important for maintaining reliable power generation as we deploy more renewables."

Meanwhile, Energy Citizens, a project of the American Petroleum Institute, has been running Facebook advertisements for weeks targeting Democrats considered vulnerable in next year’s elections on oil taxes, as well as some other lawmakers.

The industry is also sowing doubt about the potential benefits of ending the tax breaks. They’ve cited an analysis released last week by the Tax Foundation, a conservative-leaning organization that has taken contributions from the oil industry.

“While some of these changes could have a marginally beneficial impact on the environment, in practice the elimination of most of the provisions would deny the industry normal cost recovery and subject the U.S. fossil fuel industry to additional layers of tax not faced by other industries in the U.S. or abroad,” the group’s analysis said.

It found that the proposals could end up “ultimately disadvantaging U.S. companies and workers in favor of foreign suppliers, mainly in the UK and Europe, Saudi Arabia, China, and Russia,” and concluded that policymakers “should aim to treat the fossil fuel industry as fairly and as simply as possible, accounting where necessary for particular features of the industry.”

While the industry has had to lobby to preserve its tax breaks in the past, it is also dealing with the possibility that Democrats could put new fees on methane emissions. Lawmakers may impose taxes of $1,800 per ton, as proposed earlier this year in the "Methane Emissions Reduction Act" — H.R. 4084 and S. 645 — in a bid to reduce output of the powerful greenhouse gas.

The American Petroleum Institute joined dozens of other organizations in fossil fuels and other industries in a letter to Senate Environment and Public Works Committee leaders, slamming the idea. “Reducing methane emissions is a priority for the oil and natural gas industry to address the risks of climate change,” they wrote.

They called the legislation “unnecessary,” since EPA is writing upcoming methane regulations for oil and gas, and argued it “could unintentionally set the U.S. back with respect to the significant GHG reductions we have realized in the electric power sector.” It could also have “disproportionate economic impacts,” the groups said, and affect as many as 155,000 jobs.

Beyond the letter, API is talking directly to lawmakers and their constituents, Mike Sommers, the group’s president, told reporters this week. “The methane fee proposal that we have seen is actually just a tax on American energy production. It is not a tax on emissions,” he said, adding that the industry is committed both to voluntary emissions reductions and to supporting an EPA regulation on the subject.

“We think that this is a misguided and punitive tax on natural gas. And it’s not only duplicative on top of federal regulation, but we think it will also harm our economic recovery by increasing energy costs on Americans.”

The American Gas Association has also been working hard against the methane fee and fired off a letter of its own. The group’s website encourages people to email their lawmakers to fight the proposal.

“Now more than ever, Americans need affordable energy as one-third of U.S. households face a challenge in meeting their energy needs," said the AGA. “The methane tax that is included in the budget reconciliation bill would increase costs and make it harder to produce the reliable energy that millions of Americans use every day."

At a time of high fuel prices, the industry’s arguments about even higher prices could have an impact. “Rising pump prices could also make it harder for progressives to target fossil fuels with tax hikes or fees on current or past GHG emissions,” ClearView Energy Partners wrote in a note to clients this week.