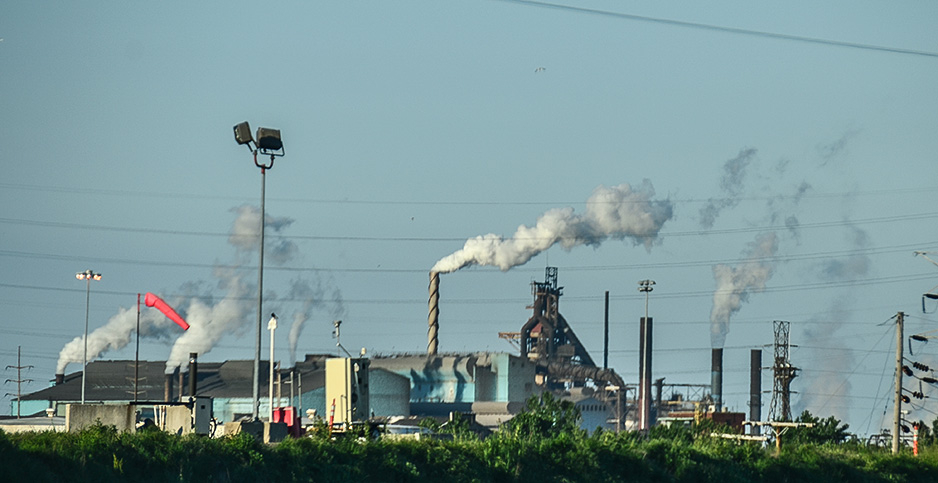 EPA’s latest bid to loosen New Source Review permitting requirements has roused heated resistance from state and local regulators, raising questions about how many would actually follow the guidance if it is made final, according to documents obtained by E&E News.

The EPA proposal, released in March, would allow businesses to start some construction work before receiving a New Source Review permit. In a draft memo, acting air chief Anne Idsal acknowledged that the proposed new interpretation marked a swerve from existing policy but predicted it would not lead to more pollution (E&E News PM, March 25).

Also opposed was the South Coast Air Quality Management District, which covers the Los Angeles basin, one of the nation’s smoggiest areas. In its litany of objections, the district accused EPA of causing "unacceptable uncertainty" by failing to adequately consider other laws and directives for issuing federal permits, according to a separate filing.

At the National Association of Clean Air Agencies (NACAA), an umbrella group of about 150 state and local air regulators whose members include both the Minnesota and South Coast agencies, leaders urged EPA to step back, saying the new interpretation represented a wholesale change that warranted more consideration.

In all, dozens of agencies,industry and environmental organizations weighed in on the proposal by a May 11 deadline. EPA released their collected feedback late Friday, in response to a Freedom of Information Act request. At least a few groups, such as NACAA, had already made their input public.

The New Source Review program, created by Congress in 1977, requires paper plants, refineries and other industries to install up-to-date pollution controls as they grow or modernize. Companies pursuing new projects, as well as expansions or overhauls to existing plants, must obtain a permit if the endeavor is expected to lead to significantly more pollution.

While environmental groups view the program as a linchpin of the Clean Air Act, businesses say the process for obtaining a permit is often time-consuming and cumbersome.

EPA’s March proposal is the latest in a series of piecemeal steps to accommodate industry concerns. It would allow site preparation and other types of work to proceed without a permit as long as those activities didn’t involve construction of any "emissions unit" that would actually produce more pollution.

In the past, EPA has mostly barred construction of any kind while a permit application is pending. As a result, Idsal wrote, industry stakeholders say projects have been delayed and efforts to stage construction to account for seasonal changes in cold weather areas "have been frustrated."

Along the Gulf Coast, businesses also have to contend with complications stemming from the need to protect workers during extreme summertime heat, the American Chemistry Council and eight other trade groups wrote in a joint submission.

Because EPA air officials are pursuing the planned rollback though nonbinding guidance instead of a formal rulemaking, they don’t have to do a detailed analysis of the potential consequences for industry or the environment.

The range of organizations offering feedback, however, suggests that all sides take it seriously. The agency has not publicly set a timetable for release of the final version.

"The change in interpretation will not compromise the major NSR programs," wrote James Semerad, air director for the North Dakota Department of Environmental Quality. In Georgia, which already takes a more lenient stance on pre-permit construction activities for minor New Source Review projects, the planned change "will make expectations and enforcement much more consistent across both levels of air permitting," wrote Karen Hays, air chief for the state’s Environmental Protection Division. Similarly on board are Republican attorneys general for Texas and a dozen other states.

But critics worry about the effect on public trust if companies can launch construction without an approved permit in hand.

Once that work is underway, American Indian tribes and other constituencies could decide that such "equity in the ground" means their concerns will be slighted, the Minnesota Pollution Control Agency’s Kohlasch wrote.

For state regulators, that scenario would pose significant challenges, he added, "especially in areas of environmental justice concern."

In her draft memo, Idsal noted those caveats but called it implausible that state and local permitting authorities with 40 years of experience in implementing New Source Review requirements "would allow their judgment to be compromised" by permit applicants who may have already spent time and money on construction.

Seconding that position was the Interstate Natural Gas Association of America, where a top official offered a contrary scenario.

"It is more likely that the source owner/operator would avoid putting ‘equity in the ground’ if there is a high risk that the air permit will be denied," wrote Sandra Snyder, the association’s vice president for environment.

In its comments, however, NACAA noted that state and local regulators that implement New Source Review requirements under EPA-approved plans would not be bound to follow the guidance, leading to "significant inconsistencies" in their handling of a fundamental part of the program. "This is not desirable," the group wrote.

Should President Trump not win reelection this November, a new administration could engineer a speedy return to the traditional interpretation. Even one otherwise supportive business group urged EPA to embed its new position into agency regulations through a process that includes advance notice and a chance for the public to comment.

"Given that states with permitting authority delegated under the CAA often look to EPA for guidance on this issue, it is particularly important that EPA demonstrate that the construction interpretation has the force of regulation and will endure," the Steel Manufacturers Association wrote.

EPA is taking that route in considering Texas’ request to allow applicants to proceed with construction once state regulators have issued a draft New Source Review permit amendment. The state sought permission for that change in January. EPA proposed to grant approval in April. After the public comment period on that proposal ended late last month, records indicate that a final decision is pending.