Older voters prefer Biden. That could push him on climate 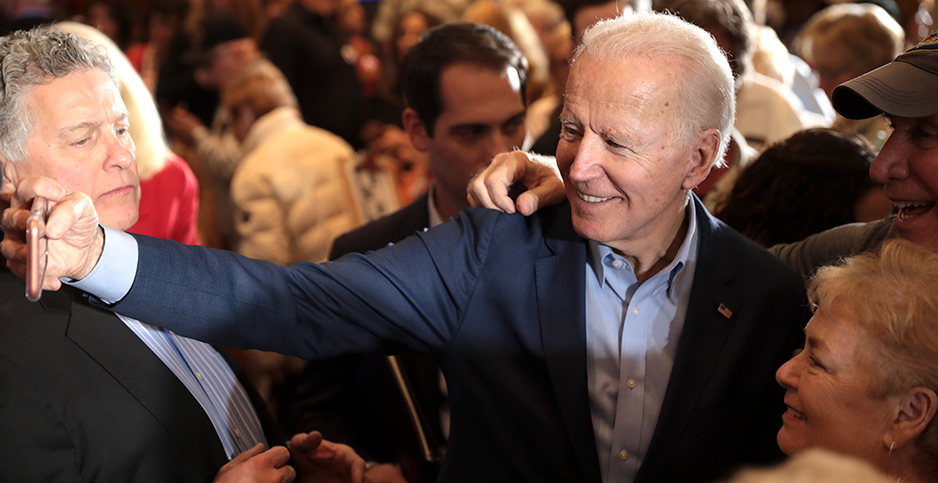 Joe Biden is beating President Trump among older voters, and some observers think that edge could give him an opening to pursue a more aggressive climate platform.

Older voters were a key constituency for Trump in the 2016 election. He beat Democratic nominee Hillary Clinton among voters 65 and older by 8 percentage points, 53% to 45%, according to a New York Times exit poll.

Trump no longer has that advantage, recent polls have shown. That includes one survey by NBC and The Wall Street Journal that found Biden, the presumptive Democratic presidential nominee and former vice president, ahead 9 points — 52% to 43% — among older voters.

The conventional wisdom long has held that younger voters are more concerned about climate than those 65 and older. And while there is a notable generational divide on climate among voters, it is largely confined to political parties, said Anthony Leiserowitz, director of Yale University’s Program on Climate Change Communication.

Older Democratic voters are just as concerned as their young counterparts when it comes to climate. They also favor more action and tend to view climate through the legacy they are leaving their children and grandchildren. Younger Republicans are more likely to feel the same way, he said. Older Republicans are the constituency most unwilling to accept climate science and more likely to vote against climate-oriented politicians, he said.

Because of this dynamic, Biden could improve his standing with a pool of voters not available to Trump — voters who supported other candidates in the Democratic primary because they had stronger climate policies, Leiserowitz said.

Shoring up a base with older voters means that Biden can put more effort into wooing younger voters. In particular, he needs to motivate voters who favored Vermont Sen. Bernie Sanders in the Democratic primary and are disappointed over Biden’s less aggressive climate policies, said Ed Maibach, a George Mason University expert on public opinion on climate.

Older Democrats are going to be comfortable with any aggressive climate response Biden is willing to put forth, so he really doesn’t have any risk of overplaying that hand with older Democrats, Maibach said.

"The climate concern Biden should have is — is he going to excite young voters enough to get them off the couch and into the ballot box or to request their absentee ballot in time that they’re going to show up on Election Day?" he said. "Bernie supporters were largely young voters; they were totally passionate about climate."

Climate may actually be one of the key areas where Biden can peel away Trump voters, according to a study released last month by researchers at Tufts University and Data for Progress.

The researchers used data from the 2019 Cooperative Congressional Election Study, which showed about 10% of people who voted for Trump in 2016 are at least considering voting for a Democrat. Those voters are mostly younger than 45 and motivated by climate, the study’s authors found. They found that persuadable Trump voters are much closer to the Democratic base than the Trump base on climate issues.

"Trump voters who are persuadable in 2020 and who rate climate change as an important issue rate Biden more favorably, on average, than Trump," wrote Brian Schaffner, a civic studies professor at Tufts University and one of the co-authors. "These voters are clearly winnable in 2020 and climate change appears as a major reason they are considering abandoning Trump."

Overhanging climate and other issues, however, are the ongoing coronavirus pandemic and Trump’s response to it.

Trump has been pushing to reopen the country and lift many of the quarantine restrictions that public health experts say are necessary. Older people are particularly vulnerable to the virus, and they have accounted for the highest number of deaths. Even as Trump has pushed for expanded economic activity, he said it will likely require people to stay home.

While COVID-19 is now the primary driving force for voters in November, climate still could influence the vote, observers said. It could directly affect older voters in places like Florida, with its combination of older voters and climate vulnerability.

"The hurricane forecast this year is not good; it could be a bad wildfire season again, and if you think about all these people who are older and at risk and staying at home even when the orders are lifted, and then climate-induced extreme events start hitting them like wildfires and hurricanes, that could be a really terrible situation for a lot of older Americans," she said. "So I think climate change is not something that can be ignored, even among older generations, because the climate disasters are already on our doorstep."

The notion of climate voters as young and largely white is no longer true, said Nathaniel Stinnett, executive director of the nonpartisan Environmental Voter Project. Shifting demographics are putting a new group of potential climate voters in play, he said.

In some swing states with older populations, in particular Arizona, there are high numbers of nonvoters who rank climate as a top concern, he said. They’re not just middle- and upper-class young white voters. There’s a much broader spectrum for Biden to win over on climate, he said.

"The typical environmentalist is no longer a white yuppie in a Patagonia fleece jumping out of a Prius. Your typical environmental voter is now much more likely to be Latinx or African-American who makes less than $50,000 a year, so that’s who you’re fighting for with the climate vote," he said. "You aren’t just going after hipsters in Brooklyn; you’re also going after Latina grandmothers in Phoenix."