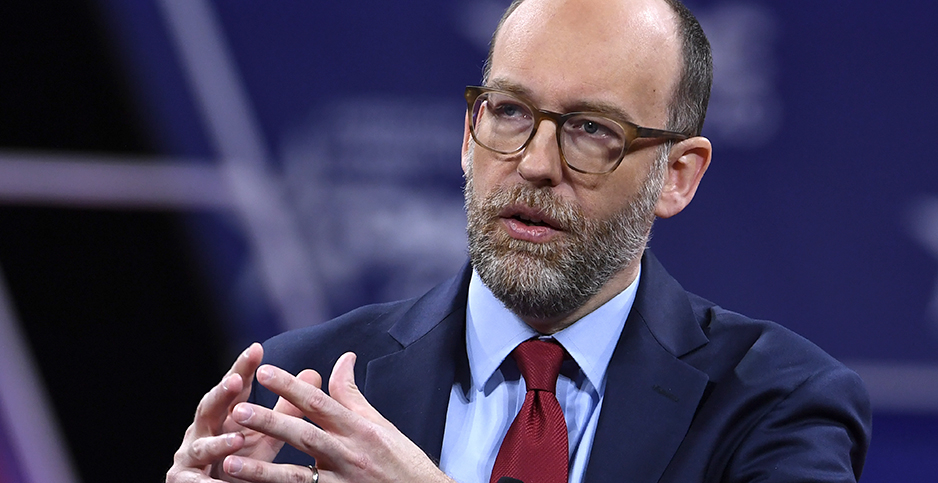 The White House is rumbling ahead with efforts to end race-related training from the federal government and other government-funded entities.

The memo builds on President Trump’s executive order on "combatting race and sex scapegoating," which declared that inclusion training undermines traditional American values and divides the workforce. He directed agencies to report within 90 days to the White House all training-related spending in fiscal 2020 and describe the sessions in detail (Greenwire, Sept. 23).

"Noncompliance by continuing with prohibited training will result in consequences, which may include adverse action for Federal employees who violate the Order," the order says.

Vought said federal contractors and other federal funding recipients must ensure they are not promoting concepts that the Trump administration has deemed "anti-American propaganda." The sweeping language left observers wondering how far the Trump edict would go.

"There are huge ripples that come out of the EO and this memo," said Mustafa Santiago Ali, a former EPA environmental justice official. "There are very few places in our economy that federal dollars don’t touch."

As such, defense contractors Raytheon and Collins Aerospace have already suspended trainings, according to reporting by the Cedar Rapids, Iowa, Gazette newspaper.

And training has been postponed at EPA, the Interior Department, NOAA and other agencies while government officials scurry to ensure they are complying.

For its part, EPA spokesman James Hewitt has maintained that the agency is committed to "helping environmental justice communities" and will "comply with the executive order and its guidance."

Still, some of the memo’s language concerns observers about possible impacts to grant recipients and universities.

"It’s censorship, plain and simple," said Sunshine Menezes, a professor of environmental communication at the University of Rhode Island.

Although the Trump executive order does not affect "academic instruction," she said the reference to federal grants could mean funding from the National Science Foundation, EPA, NOAA or the National Institutes of Health could be in jeopardy. That could include environmental justice, culturally relevant teaching or many other topics because "they inherently address the ‘divisive concepts’ laid out in the memo," she said.

"So at the very moment that we’re seeing Black and Latinx communities devastated by COVID-19, the Trump administration is saying that the demonstrated social inequities for these losses can’t be discussed or studied by the federal government," Menezes said.

Her concerns align with rhetoric from conservative filmmaker Christopher Rufo, whom OMB’s Vought has credited for bringing the issue to his attention.

Rufo, who has not responded to multiple interview requests, declared he wants to broaden his effort beyond the federal government and influence corporations, which in recent months have increased inclusion trainings and spoken out about racial issues.

"We’re coming for woke corporations and we won’t stop there," he tweeted. "Swords up!"