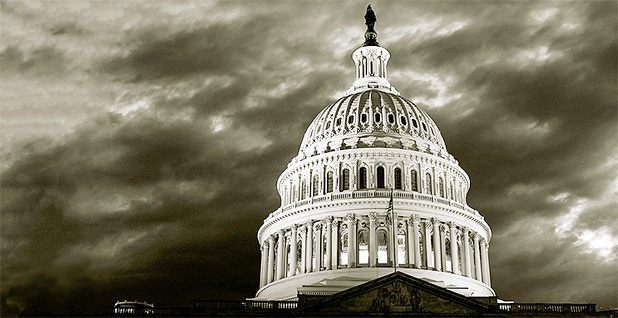 These include a provision that would have exempted EPA’s rewrite of the Clean Water Rule from administrative legal requirements and a rider that would have blocked an update of ozone air standards.

Other riders that didn’t make the cut include provisions barring payment for legal fees under several federal environmental laws; preventing EPA from enforcing financial assurance rules under Superfund; blocking the agency from enforcing water quality standards for the Chesapeake Bay; and prohibiting funds to implement the social cost of carbon metric used to justify climate rules.

The Advanced Research Projects Agency-Energy, the department’s in-house incubator of promising but high-risk projects, would escape a plan by the White House and House conservatives to eliminate it. Instead, it would see its funding increase by $47 million to $353 million.

DOE’s Office of Energy Efficiency and Renewable Energy, which President Trump also wanted to slash, would instead get about a $200 million bump to $2.3 billion.

DOE’s Office of Science, which covers much of the basic research done at DOE laboratories, would see its funding increase to a record $6.26 billion, a 16 percent increase over current spending.

The omnibus would increase funding for several major Interior Department agencies and programs over current spending levels — even above the administration’s request.

The department’s largest agencies — the Bureau of Land Management, National Park Service, and Fish and Wildlife Service — all received funding boosts in the omnibus.

The popular bipartisan Land and Water Conservation Fund and payments in lieu of taxes program also would get more money under the agreement than both current spending levels and the administration’s recommendation.

The omnibus would fund LWCF at $425 million, $25 million more than the fiscal 2017 level and much more than the $64 million level proposed in the president’s request.

The omnibus also includes $150 million to kick-start acquisition of a new polar icebreaker, mirroring a provision from the Senate’s defense appropriations bill.

It marks a significant step forward for the Coast Guard as it deals with the rapidly melting Arctic, even if it wouldn’t cover the entire cost of a new vessel. The agency currently operates just two icebreakers and has been asking lawmakers for years to fund a new one to counter Russia’s influence in newly opened shipping lanes.

Several "poison pill riders" opposed by Democrats and environmental groups also were left out of the omnibus, including provisions that would have affected Endangered Species Act protections for various animals, including gray wolves, lesser prairie chickens and Preble’s meadow jumping mice.