On doomed Greentech Media, its replacement and Dave Roberts 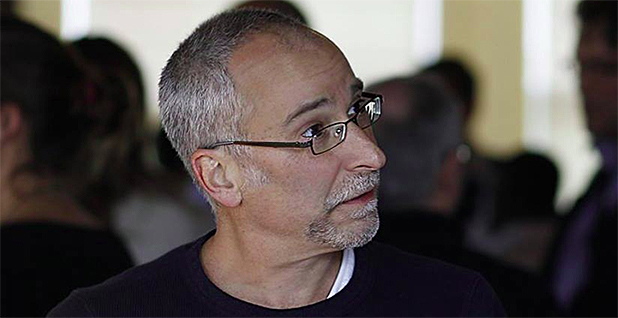 As alternatives to fossil fuels have grown, so too has the journalism dedicated to covering the energy transition.

Greentech Media was at the forefront of that trend, beginning as a startup focused on renewable energy in 2007 and growing to cover the full gambit of the world’s changing energy landscape.

That is, until earlier this year. Wood Mackenzie, the consulting firm that purchased Greentech Media in 2016, announced in February it was closing the publication. Many longtime readers of GTM, as it was widely known, took to social media to express their dismay.

Their disappointment will be short-lived. The old GTM team is launching a new publication today.

Canary Media will begin publishing with a website, newsletter and six-person newsroom. The new publication will have a familiar feel. Many of the names on the masthead are similar, and the focus will remain on the transition away from fossil fuels. But there are several differences.

For one, Canary Media will be under the umbrella of RMI, a clean energy think tank formerly known as the Rocky Mountain Institute. It will also include Dave Roberts, the prominent former Vox climate journalist, who will serve as editor at large. And then there is the ambition.

Its hope is to build a publication that can attract mainstream audiences without losing the industry insights that made GTM so popular in clean energy circles, said Eric Wesoff, who is reprising a role he once held at GTM.

Wesoff was the first employee hired at GTM and served as editor until 2017, when he left the publication. He will serve as Canary Media’s managing editor.

He spoke with E&E News about the end of Greentech Media, the push to start Canary Media and his hopes for the publication.

Can you tell us what happened with GTM and why the publication shut down?

Certainly it was a surprise in a political atmosphere that’s full of investment and a cultural atmosphere that seems to be aligned with the climate message. It was strange to see a news team being laid off. In the end, the answer lies somewhere in the boardrooms of its owner.

But I think, to be honest, I just don’t think news was in WoodMac’s DNA. They are a research house, and they’re good at that. And they were attracted to GTM Research, and I don’t know if the news was ever a perfect fit for their plan and mentality.

How long did it take for this new idea to come together?

When the news came out, I was not a GTM employee. I hadn’t worked for the company for a couple of years, but I became sort of a bit of a lightning rod for some of the goodwill and despair that you mentioned. And I was lucky enough to be able to communicate with tens of concerned people of means who wanted to keep the news going. One of the remarkable things was just the sheer outpouring of support, goodwill and love. That was really a great thing to feel.

But there were people interested in keeping the band together. The easy, obvious and natural deal emerged when we spoke to RMI CEO Jules Kortenhorst and mapped out a way where we can keep this going, grow it and have it with a greater scope and more attention and focus on impact and reach.

How did the partnership with the Rocky Mountain Institute come about, and what role beyond the research functions are they going to play going forward?

Our editorial charter and the ground rules for our relationship meant that we were an independent voice. So that was the first thing that was established from the onset and has sort of been the drumbeat throughout our formation. Nevertheless, RMI’s goals are certainly aligned with the editorial goals of Canary Media in terms of moving fast and telling the truth about the energy transition.

What types of stories are you hoping to tell?

I don’t want to dwell too much on Greentech Media, but we were Greentech Media, and we’ve always tried to bring some science and technology into it and try to make it readable by a layperson, even if it’s a highly technical field.

I’ve been doing this for a long time, and there was a while where renewable energy was a difficult thing. For renewable generation or solar or wind or energy storage, these were alien terms to people. And certainly climate change was just not part of the regular conversation. It is today.

It’s gratifying to be writing about a subject that’s not trivia anymore. Most people do acknowledge that it is an existential threat and it should be taken seriously. I don’t think there’s a news source that is big enough, that’s commensurate with the enormity of the problem.

We are all as part of this industry doing our best, but there’s not one very strong voice that’s able to straddle the trade world and the mainstream world. That’s the plan. If you’re looking for the plan, there it is. We’re looking to be one of the larger voices and we’re looking to both inform mainstream readers as well as to have industry insight, which we’ve always had.

Dave Roberts is a name a lot of people are familiar with. What’s his role going to be?

He’s come on as an editor at large. One of the things he’s been able to do is something I mentioned: He’s been able to sort of reach a populist audience with highly technical content in much of his energy writing. He has a great recipe and a great writing style. And it’s something for us not to emulate but to understand how he’s able to accomplish that. You know, he’s also a fun writer. And so we really like that edge that he brings to it.

This interview was edited for brevity and clarity.