On this flood policy, Biden and Trump administrations agree 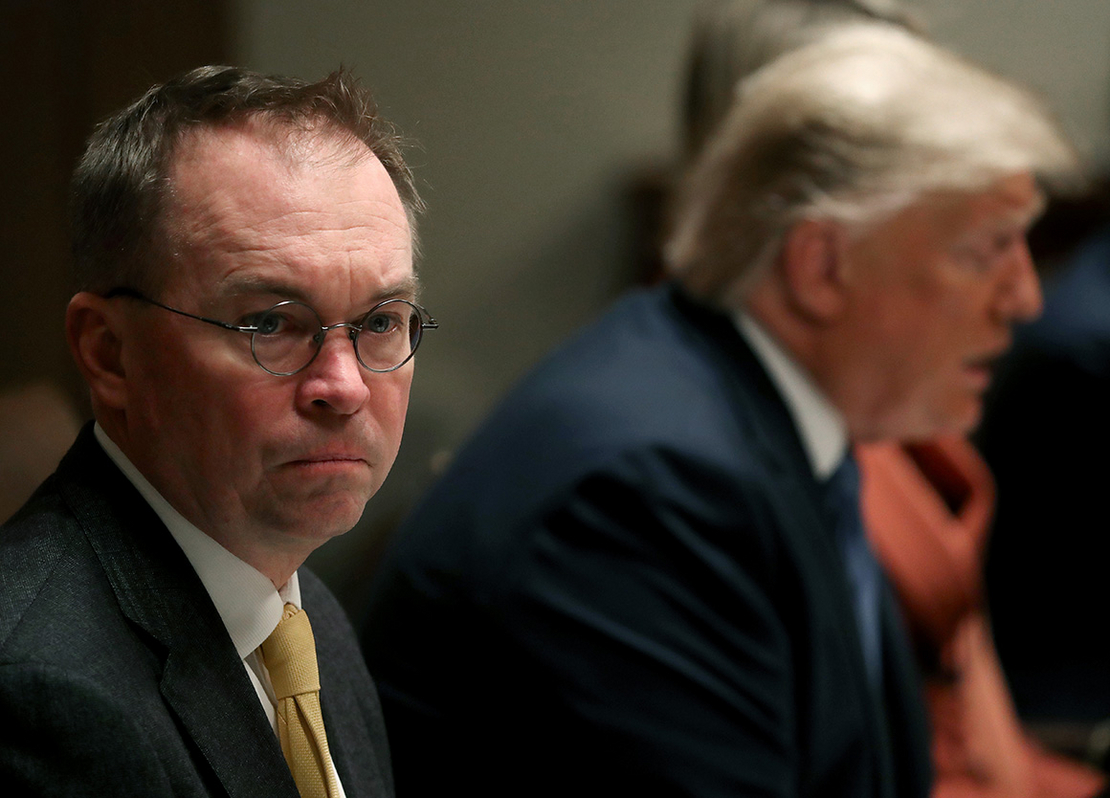 President Donald Trump and acting chief of staff Mick Mulvaney (left) listen to comments during a luncheon at the White House on Dec. 5, 2019. Mark Wilson/Getty Images

The Biden administration’s plan to overhaul the federal government’s flood insurance program was proposed in almost identical fashion nearly five years ago by a top Trump official, according to a letter obtained yesterday by E&E News.

Mulvaney also asked to establish a nationwide requirement for prospective homebuyers and renters to be told about a property’s risk of being flooded. And he wanted the government to stop writing new flood policies for any commercial building regardless of its location.

Some of the language the Biden administration used in a May 11 letter to congressional leaders mirrors what Mulvaney wrote in an Oct. 4, 2017, letter describing proposed changes to flood insurance policies.

The disclosure of the Mulvaney letter and its similarities to the Biden administration proposal drew criticism from Sen. Robert Menendez (D-N.J.).

“It’s unacceptable to see FEMA taking cues from the Trump Administration on reforms for the NFIP,” Menendez said in a statement to E&E News, referring to the National Flood Insurance Program.

“In the unlikely scenario this proposal becomes law, it would bar new policies for vulnerable homes and small business owners that are still reeling from the pandemic, something Democrats resoundingly fought against in 2017,” Menendez added.

Menendez is on the Senate Banking, Housing and Urban Affairs Committee, which oversees the flood program and holds a hearing today on reauthorizing it for the first time in a decade.

Both the Biden and Trump proposals represent a new vision for the government’s National Flood Insurance Program (NFIP), which covers nearly 5 million properties and provides most of the nation’s flood insurance but has never discontinued a policy or refused to cover a property.

The NFIP historically has charged discounted premiums that do not reflect the actual flood risk of properties and have left the program unable to pay claims following massive hurricanes in 2005 and 2017.

The program, run by the Federal Emergency Management Agency, repeatedly has borrowed money from the Treasury Department. It currently owes federal taxpayers $20.5 billion that it borrowed in 2017 after Hurricanes Harvey, Irma and Maria.

“The NFIP is not designed to handle catastrophic losses like those caused by Harvey, Irma and Maria,” Mulvaney wrote in a letter addressed to Vice President Mike Pence in his capacity as Senate president. “The NFIP is simply not fiscally sustainable in its present form.”

Mulvaney’s letter runs six pages and outlines a series of reforms in general terms. The Biden administration letter, written by Alice Lugo, the assistant secretary for legislative affairs at the Department of Homeland Security, covers 104 pages and includes proposed legislation for Congress to consider. The department oversees FEMA.

The Biden proposals are nearly identical to the ideas floated by Mulvaney, who ran OMB for most of the Trump administration and also served as acting White House chief of staff.

For example, both letters include a section suggesting Congress bar the NFIP from writing new insurance policies for any structure built in a flood-prone area.

In addition, Lugo wrote, “Congress should likewise prohibit the NFIP from selling new flood insurance policies for commercial structures (regardless of date of construction or location in or outside Special Flood Hazard Areas).”

Mulvaney wrote that Congress should “likewise prohibit the NFIP from selling new flood insurance policies for commercial structures (regardless of date of construction or location).”

Both Mulvaney and Lugo proposed creating a new subsidy that would help low- and moderate-income households buy NFIP policies. The two officials also proposed canceling the NFIP’s debt to the U.S. Treasury — a position some Republicans in Congress strongly oppose.

Further, Mulvaney and Lugo suggested creating a new category of structures called “extreme loss properties” that would become ineligible for NFIP insurance in the event of an excessive number of claims payments.

Although Mulvaney and Lugo both used the term “extreme loss properties,” Mulvaney did not describe how a structure would achieve the classification. Lugo suggested that flood insurance would be dropped for any structure that was responsible for four claims payments worth at least $10,000 each.