Opponents of 30×30 seize on conservation law to block easements 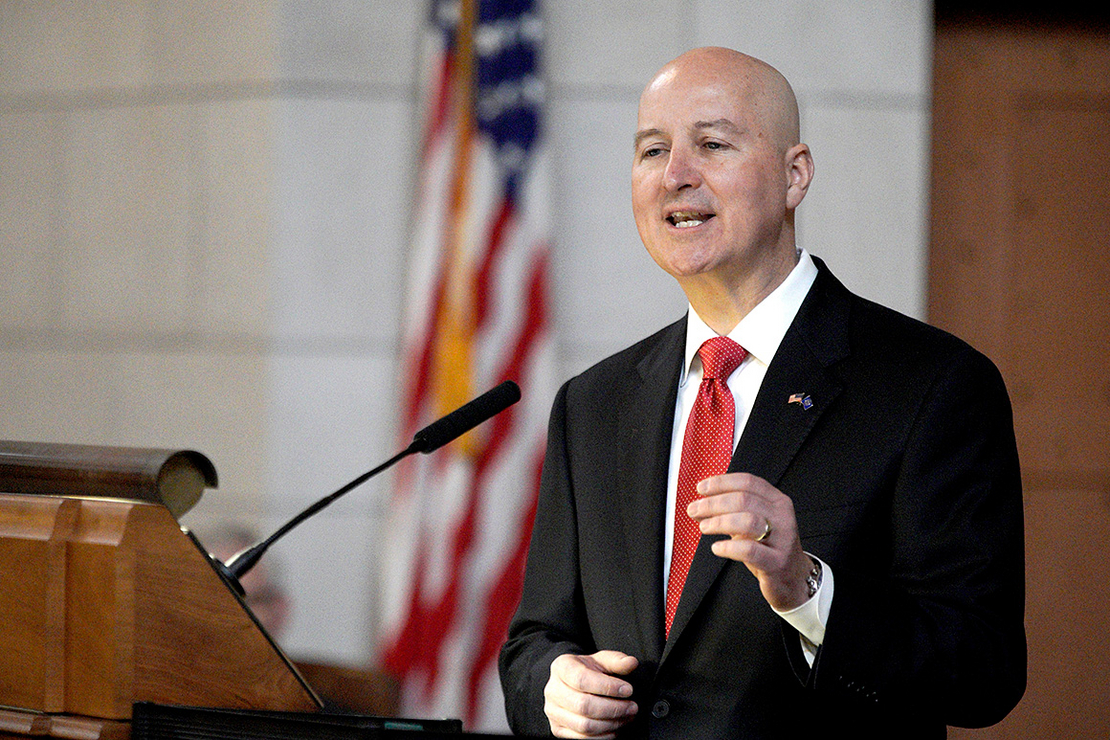 LINCOLN, Neb. — In the late 1970s, landowners looking to protect a parcel located just to the east of Nebraska’s capital city discovered the state had no laws allowing easements, sparking the push toward the state’s first conservation law in 1981.

But four decades later, Gov. Pete Ricketts (R) and his allies are looking to that same law — the Nebraska Conservation and Preservation Easement Act — to block a Biden administration program that aims to preserve 30 percent of the nation’s lands and waters by 2030.

“They’re not just going to come and seize the land. Even they know they don’t have the authority to do that. It’s going to be far more nefarious,” Ricketts told attendees at last month’s “Stop 30×30” event organized by the American Stewards of Liberty, which advocates for property rights.

Both Ricketts and the nonprofit group are leading opponents to the “America the Beautiful” program, the Biden administration’s rebranding of a conservation goal that is commonly referred to as 30 by 30.

During the daylong symposium, speakers including Ricketts, former Interior Secretary David Bernhardt and Colorado Rep. Lauren Boebert (R) urged attendees to push back against the conservation plan, with repeated warnings about federal incursions on private lands.

But while American Stewards of Liberty Executive Director Margaret Byfield said her group is focused on utilizing the National Environmental Policy Act to bludgeon the conservation pledge — with hopes it could be slowed via the mire of a federal review — Ricketts and other state officials are looking for local solutions (Greenwire, April 25).

“We’re fortunate here in Nebraska because we have laws on the books that say that counties actually have authority over things like permanent conservation easements,” Ricketts said.

That’s because the same 1981 law that allowed landowners to grant easements to government agencies or nonprofit groups also granted local governments veto power over easements deemed to be in conflict with local land-use plans. Conservation easements are voluntary legal agreements between private landowners and governments or a nonprofit organization. Landowners receive a payment in exchange for granting those groups an interest in the property, while retaining their ownership of it, and agree to protect the area from development.

In a 1981 speech in the Nebraska Legislature, then-state Sen. Jerome Warner (R), said the law would, in part, “ensure that orderly growth of the community is not interfered with in any way.”

But in the present day “most of our counties didn’t actually know that or were taking advantage of that,” Ricketts asserted.

The Lower Platte South Natural Resources District, which includes six counties in southeastern Nebraska, however, reports that each of its 19 conservation easements tallying a total of 1,400 acres has been approved by local zoning authorities. That includes the first easement near Lincoln by the late Walt and Virginia Bagley in 1982. It is now the Prairie Pines Nature Preserve, which was donated to the University of Nebraska Foundation in 1992.

Still, to counter what he sees as local governments not utilizing the law, Ricketts issued an executive order in June 2021 titled “Stop 30×30 — Protect Our Land & Water,” which mandated a series of workshops from the state Department of Revenue to educate county officials about conservation and preservation easements and how to block them.

“If you sign a conservation easement, unless you define a term of years, it is by definition permanent,” Ricketts continued. “You have basically given up your private property rights.”

To date, opponents of the Biden conservation pledge tout just two defeats of proposed easements, one in Holt County, Neb., and another in Custer County, Neb. Both were issued by local officials in December.

According to the American Stewards of Liberty, both cases centered on applications to the federal Agricultural Conservation Easement Program’s wetland reserve easements. The program is run by the Agriculture Department.

Broken Bow, Neb.’s Sandhills Express website reported that the Custer County board of supervisors rejected the application because it would be “inconsistent” with a local comprehensive plan that prioritizes agriculture and grazing.

Despite the fact that the state law can actually be used to prevent private property owners from determining what to do with their land — i.e., establishing easements — Byfield rejected suggestions that Ricketts’ push is in any way counterintuitive.

In the meantime, both state and congressional lawmakers are looking for ways to automatically curb the length of easements.

North Dakota Sen. Kevin Cramer (R) pointed to both his “30 x 30 Termination Act” — which would block federal funds from being used to support the conservation program — as well as his more recent “Landowner Easement Rights Act.”

The latter would limit the Interior Department to conservation agreements of no more than 50 years and would also allow landowners with easements to renegotiate their agreements (E&E Daily, April 5).

“Commissioners, directors, administrators, state legislators, front-line workers, I cannot stress how important your role is in this pushback,” Cramer said. “These people are not only crazy when it comes to the environment, and radical, they hate capitalism, and we can never forget that.”

Ricketts noted that Nebraska’s Legislature considered a proposal earlier this year that would have limited the length of any easement to 99 years but failed secure its passage.

In a hearing on that proposal, opponents of the bill noted that Nebraska is home to a relatively small amount of land protected via easement.

Nebraska — which includes about 49 million acres overall — reports about 176,000 acres of land under easements, according to the National Conservation Easement Database. The database is a project of the U.S. Endowment for Forestry & Communities Inc., along with Ducks Unlimited and the Trust for Public Land.

“An easement is a smart investment and the benefits stretch beyond just those individual landowners that choose them,” Audubon Nebraska Executive Director Kristal Stoner testified earlier this year, according to a summary posted by the Legislature.

She added: “Easements can be designed to ensure the grasslands remain intact and do so in a manner that serves both cattle and birds. They can also serve wetlands that filter our drinking water and support waterfowl migrations and waterfowl hunters.”

The Wyoming Legislature likewise considered a measure this year that would have limited conservation easements to a 30 year period, but that bill failed to gain traction, according to Wyoming state Rep. Pepper Ottman (R) who pressed Ricketts on how to pursue it.

“I’d be happy to talk to Mark directly about this,” Ricketts replied, referring to Wyoming Gov. Mark Gordon (R). He later added: “This not a one and done battle, this is going to last a long time.”