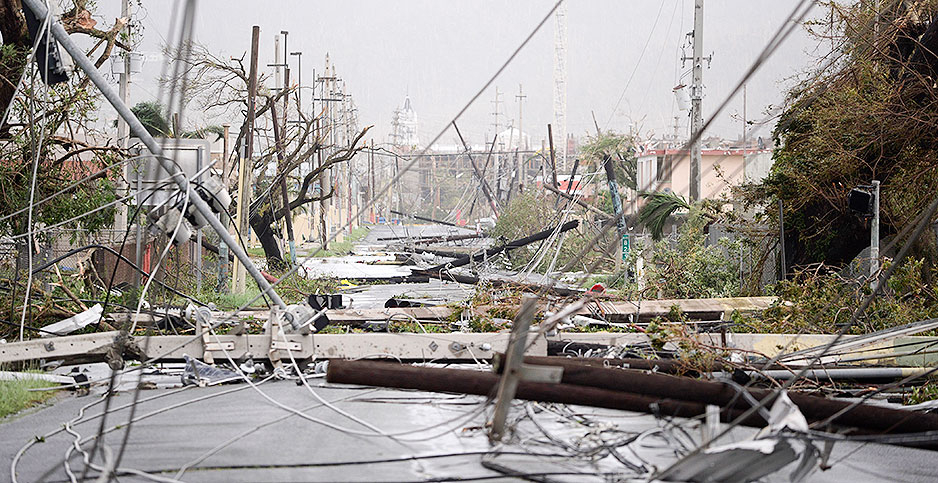 Despite the tragedy U.S. territories are experiencing from Hurricane Maria, top lawmakers said yesterday the unprecedented destruction will provide a rare opportunity to completely rebuild a modern electric grid from the ground up.

House Democrats singled out Puerto Rico’s electric grid as a top priority they say should be addressed in an upcoming disaster relief package they want Republican leaders to assemble as quickly as possible.

GOP leaders have said Congress will address Puerto Rico and the U.S. Virgin Islands sometime in mid-October, when another tranche of disaster relief is expected to materialize to help the Gulf Coast and Caribbean territories recover from the trio of hurricanes that slammed the United States this month.

Appearing with Democratic leaders and colleagues with roots in Puerto Rico, Velázquez said that timeline is too slow.

"This needs to be an immediate priority for Speaker [Paul] Ryan [R-Wis.] and the Republican leadership," she said. "We need to see action as early as next week."

"As sad as the situation is, it does provide an opportunity for the islands to redo their grids so they will be leaders in the future as to how people receive their electricity," she said.

President Trump acknowledged on Twitter yesterday that Puerto Rico’s electric grid is "totally shot." "Large numbers of generators are now on island," he tweeted. "Food and water on site."

"I kind of threw this out to my folks and said we all know that Puerto Rico’s energy infrastructure, its grid is highly inefficient, it is just not what a southern island area should look like in terms of how they’re producing their power," she told E&E News.

"Are there things that are going to be limiting? Are there ways that we can view this tragedy as an opportunity to build the energy grid of the future?"

For starters, she noted that federal disaster spending administered by the Federal Emergency Management Agency comes with constraints that make little sense.

"FEMA can be really limiting with their dollars on rebuilding," Murkowski said, noting that when an "old wood dam" in Cordova, Alaska, was destroyed by flooding some years ago, "FEMA said, ‘We’ll give you the money to reconstruct, but you have to do it the same as the original dam.’" Congress eventually legislated a waiver from the requirement, she added.

Murkowski also acknowledged that the lack of power is an immediate risk that must be addressed even as plans are made to rebuild the grid.

"In the short term, you’ve got people who are without power now," she said. "So how do you make sure that you’re not throwing good money after bad? You’ve gotta shore it up. We’ve got to make sure we get power to these people."

Murkowski indicated she’ll also look at the damaged grid in the U.S. Virgin Islands, "although theirs is not quite as dire, I understand."

The fact that much of Alaska uses decentralized electricity systems that combine a mix of renewables, fossil fuels and storage may be useful for similar "islanded" grids in the territories.

"I think we have a lot to contribute to a longer-term view of this," Murkowski said.

Other lawmakers are also looking for legislative options to aid Puerto Rico’s recovery. Sens. John McCain (R-Ariz.) and Mike Lee (R-Utah) yesterday introduced a bill to permanently exempt the island from the shipping restrictions imposed by the 1920s-era Jones Act, which Trump yesterday temporarily waived after criticism from members of both parties (Greenwire, Sept. 28).

White House Homeland Security Adviser Tom Bossert signaled yesterday the president is willing to reconsider some form of debt restructuring, although he said it was unlikely to be part of the next disaster relief package in October.

Murkowski envisions a mix of federal and private-sector funding paying for "different pieces" of the island’s grid.

"There’s a lot to yet be determined in terms of who pays what and how we work to rebuild," said Murkowski.