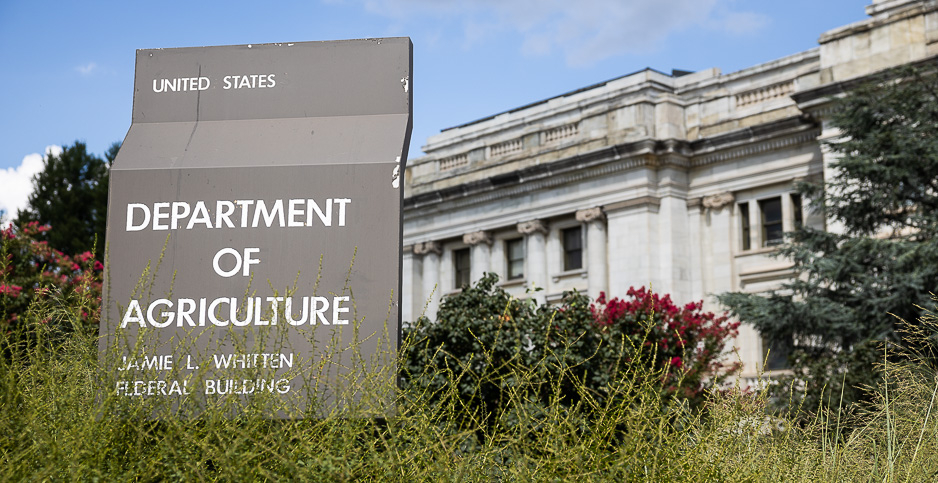 The Forest Service has stopped all training and other exercises related to diversity until further notice, as it awaits additional guidance from the Department of Agriculture. Francis Chung/E&E News

Forest Service employees in the Pacific Northwest were told to remove references to racism, anti-racism and social injustice from agency websites and certain software systems, as the service implements a Trump administration-wide pause on diversity training.

In a Sept. 9 memo to managers in the Pacific Northwest, the region’s top civil rights official said the agency was being told to "err on the side of caution" in purging references to racism and related issues.

"Therefore, all training and discussions that have anything involving racism, anti-racism, social injustice, privilege, etc, is to be postponed until further notice," wrote acting Civil Rights Director Audrey Matsumonji, whose region covers Oregon and Washington. "That will include the Dialog Circles, and the Allyship sessions, and anything else that you may have planned and contracted whether there was funding or not has to be postponed.

"Additionally," she said, "we are being asked to remove anything from the websites, Sharepoint, and Pinyon files that all employees can access with information about racism, anti-racism, social injustice, privilege, etc, Therefore, if you have anything please remove them until further notice."

Matsumonji said she was awaiting further clarification from the administration on how President Trump’s directive is to play out.

The directive, a reaction to the Black Lives Matter movement and related causes, comes as the Forest Service tries to reverse years of sexual harassment and misconduct in its ranks, particularly in wildfire crews. Agency Chief Vicki Christiansen came into office in 2018 out of that controversy, having been appointed after former Chief Tony Tooke resigned due to revelations about his own past relationship with a Forest Service employee (Greenwire, March 9, 2018).

As part of the service’s effort, Christiansen has said she’s committed to changing the agency’s culture, including with sensitivity training for employees and encouraging more reporting when harassment occurs. Undersecretary of Agriculture James Hubbard has made similar pledges (E&E Daily, July 26, 2018).

The Department of Agriculture, which oversees the Forest Service, has its own checkered history on racial matters, having paid farmers billions of dollars in settlements related to a racial discrimination lawsuit in the 1990s. Farmers said USDA discriminated against them in issuing farm loans and disaster payments, among other complaints.

In a 1995 study commissioned by USDA, researchers found that the department’s farm loans had gone overwhelmingly to corporations and white male farmers, and that loans to Black males had averaged 25% less that those to white males, according to a report by the Congressional Research Service.

Sen. Debbie Stabenow of Michigan, the ranking Democrat on the Agriculture, Nutrition and Forestry Committee, referenced that history in a statement today to E&E News.

"I’m deeply concerned that the Trump Administration is canceling trainings to address racism and social injustice," Stabenow said. "This is especially disturbing given past inaction by the Department concerning issues of racial discrimination and sexual misconduct."

The Forest Service directive follows Trump’s order that all diversity training end, including for government contractors. In a recent tweet, the president said those programs and discussions amount to "efforts to indoctrinate government employees with divisive and harmful sex and race-based ideologies."

The White House has said it’s reacting to reports about training sessions implying the United States is a racist or "evil" country, which officials say breeds divisiveness in the workforce.

"We can be proud that as an employer, the Federal government has employees of all races, ethnicities, and religions," said Office of Management and Budget Director Russ Vought in a Sept. 4 memo to federal department heads. "We can be proud of our continued efforts to welcome all individuals who seek to serve their fellow Americans as Federal employees."

He added, "However, we cannot accept our employees receiving training that seeks to undercut our core values as Americans and drive division within our workforce."

The Forest Service didn’t immediate return a message seeking comment on diversity training, but its website addresses harassment and fair treatment of employees.

"The Forest Service is committed to creating and maintaining a work environment in which all people are treated with dignity, fairness, and respect, and are free from harassment," the site says. "This commitment extends to all Forest Service employees, contractors, and anyone who does business with us," the service said. "We will hold any employee who engages in harassing behavior accountable."

In addition, service officials have pledged to ensure that public lands the agency oversees are available without regard to race — a sentiment reflected in a June 12 Facebook post by Pacific Northwest Regional Forester Glenn Casamassa.

"The Forest Service recognizes and shares in the grief and hurt over the recent murders of George Floyd, Breonna Taylor, and Ahmaud Arbery," it says. "The resulting outrage has led to overdue conversations about race, justice, and safety," Casamassa said on the Facebook page of the Mount Baker-Snoqualmie National Forest.

He added, "National Forest lands belong to everyone. The Forest Service has zero tolerance for racism, harassment, or intimidation in any form. Public lands should be a place of peace and refuge and our highest priority is providing a safe, welcoming, and inclusive experience for all visitors."

In her memo, Matsumonji said the removal of social justice references doesn’t affect other Forest Service initiatives on civil rights.

"These are difficult times right now and as leaders we must remember that the Forest Service has our Code of Commitments and FS Values in which Diversity and Treating Everyone with Respect are paramount. Let us continue to be supportive and resilient and work towards our goals," she said. "Thank you all for your flexibility during these trying times."

Clarification: This story was edited to clarify that Ms. Matsumonji’s directives were meant to apply only to the Pacific Northwest region, and resulted in a pause, rather than a total ban, on training.