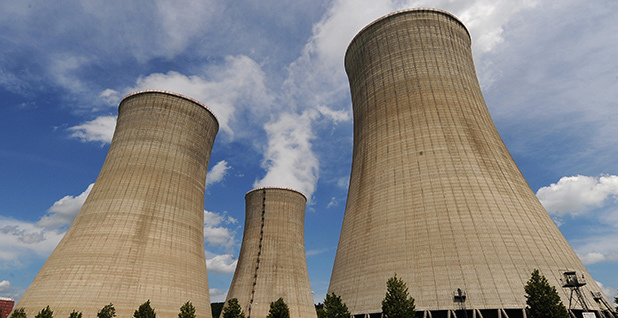 The American Nuclear Society this week launched a new nuclear energy curriculum for middle schoolers that aims to educate millions of students about the benefits of the technology.

The initiative is a collaboration with Discovery Education, which provides services to 50 percent of schools in the United States, and the materials will be available to teachers anywhere through a website launched this week.

The first phase, which consists of a "techbook" and a virtual field trip, is designed for middle school students, with curricula for high school and K-5 scheduled to come out in the next few years.

"When we did surveys, our members said we need to be more proactive, get out there, do advertisements," said Eric Loewen, chief consulting engineer at GE Hitachi Nuclear Energy and a former ANS president, who led the design of the curriculum content.

"’Let’s be like natural gas,’" he said of the initiative, though he added, "We’re a resource-constrained professional society, so we couldn’t do that."

Instead, the group decided to take the educational route. The program, which ANS says will be available to 30 million students and 1.3 million teachers, is designed to be in line with the Next Generation Science Standards, a set of K-12 standards developed by states.

It will not dive into weighty policy issues about nuclear energy like whether nuclear power plants should be subsidized or what should be done with spent fuel.

But Loewen says it will combat misinformation about nuclear power, which he noted is a "relatively new technology."

"Any new technology is feared, misunderstood and overregulated. I got tired as a parent going into my children’s classrooms, where there’s a science book and they had to put the picture of Chernobyl in," he said.

One of the slides in the material reads: "Many stated risks of nuclear energy will be inaccurate, including the explosive potential, radiation release, and the hazards to people near the nuclear reactors."

Loewen said that when he speaks to young engineers at GE and Hitachi, many of them say their interest in working in nuclear power started in school, working on a project about the technology.

"That’s what excites me about this program," he said. "We can provide some of that content."

The nuclear industry as a whole has been revamping its outreach strategy in recent months as the technology, which is facing difficult economic conditions due to competition from natural gas and renewables, struggles. The Nuclear Energy Institute, a top trade group, launched an ad campaign last September aimed at "reintroducing" policymakers to nuclear’s benefits (Greenwire, Sept. 5, 2017).