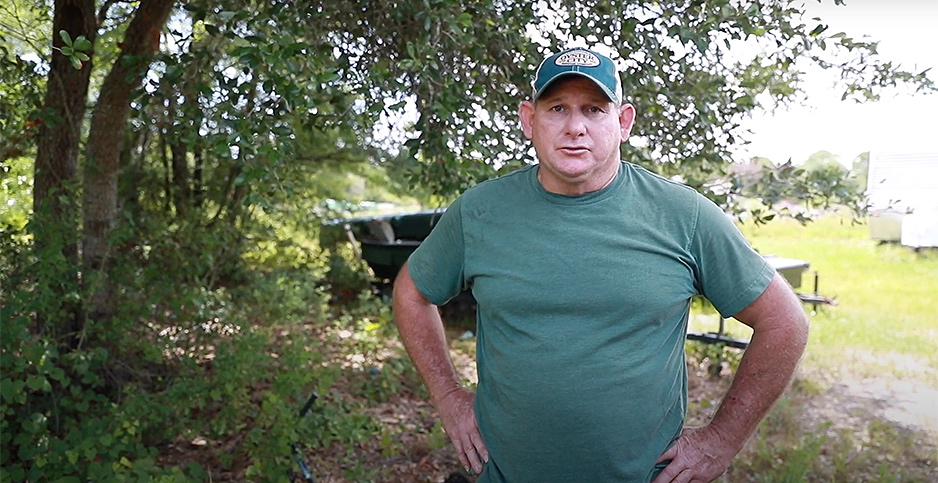 Shannon Hartsfield, a fourth-generation oysterman, fears debilitating drought in years to come after the Supreme Court yesterday found that Florida failed to show Georgia is cutting off south-flowing water.

Hartsfield’s livelihood is in Apalachicola Bay, an estuary and lagoon along the Florida Panhandle that once hosted up to 400 bustling fishing boats. It is now closed to allow wild oyster reefs to regenerate after suffering through historically dry conditions in recent years that have slowed the inflows feeding the bay.

Hartsfield, head of the Franklin County Seafood Workers Association, claims Georgia is also to blame for not allowing fresh water to flow down two rivers, past Atlanta’s suburbs and to the Gulf of Mexico.

The Supreme Court disagreed. Yesterday, it ruled that Florida failed to show Georgia is at fault, closing another chapter in the region’s "water wars" that Hartsfield says threaten his business with no solution in sight (Greenwire, April 1).

"It’s really disgraceful," Hartsfield said of the Supreme Court decision. "They’re not even giving us a chance to even have an opportunity to have anything down here."

Central to the fight is a disagreement among Florida, Georgia and Alabama over conflicting uses of water from two major river basins that cross their borders.

Georgia and Alabama are focused on the Alabama-Coosa-Tallapoosa (ACT) River Basin, which runs from Georgia to east-central Alabama and eventually drains into Mobile Bay. All three states are also battling over the Apalachicola-Chattahoochee-Flint (ACF) River Basin.

The Chattahoochee and Flint rivers rise in northern Georgia and flow south to a reservoir on the Florida border. From there, they merge to become the Apalachicola River, which drains into the bay bearing its name and is the heart of the state’s oyster industry.

That industry collapsed in 2012 amid drought and, Florida claimed, increased water use by peanut, cotton and other farmers in southwest Georgia.

But yesterday’s ruling may not end the interstate war and may kick the issue back to regulators and politicians.

Last summer, Florida regulators closed the Apalachicola Bay to wild oyster harvesting for five years — through the summer of 2025 — and said temporarily halting commercial activity there would give oyster reefs a chance to regenerate.

Florida is "disappointed" in the Supreme Court decision, said Weesam Khoury, press secretary of the Florida Department of Environmental Protection. But Khoury added that the state is continuing to search for a solution to help the fisheries.

"The state of Florida remains committed to restoring the historic flows of the Apalachicola River and the families who rely on this river for their livelihood," Khoury said in an email. "We will remain steadfast in our commitment to protecting it."

Georgia Ackerman, the Apalachicola Bay riverkeeper, said management of the river system does affect water levels in the bay and that an equitable plan to share water throughout the region is needed.

Ackerman called the court’s decision "disheartening" and said justices offered no resolution. Upstream water management and flow regulation, she said, have failed to address the downstream realities that people like Hartsfield are facing. Fundamental changes in water management and flow regulation policies, along with strong water conservation programs throughout the ACF basin, are urgently needed, she added, including drought planning.

Although Hartsfield said he’s seeing signs of progress in oyster populations since the bay has been closed, he’s worried what the future will bring, including long periods of parched conditions.

"We won’t have a river system down here, we’ll have a drought in the bay and a lack of fresh water," he said.

A ‘waiting game’ with Mother Nature

Hartsfield has seen the ups and downs of drought on the bay. Predictions of what’s to come don’t sway him much these days.

"It was predicted this year to be a dry year, and Mother Nature flip-flopped on us and we ended up having another good wet year," he said. "I don’t know when our next dry year is going to be or our next drought."

These days, Hartsfield heads out onto the bay to help researchers monitor and revive oyster populations, not to fish — an effort that he says relies on strong river flows.

Those conditions were at the heart of yesterday’s decision — and the court’s position that it shouldn’t weigh in.

With no change in the river’s management and the state vulnerable to the whims of nature, Hartsfield said the region’s fishing industry has to sit and wait.

"Now it’s just a waiting game to see what happens in the next two to three years," he said. "When we get to a drought, that’s going to be heart-breaking."

Where a solution will come from isn’t clear.

There are two other cases at play in federal court involving Georgia, Florida and Alabama that could result in a solution (E&E Daily, Feb. 26).

Gil Rogers director of the Georgia office of the Southern Environmental Law Center, said yesterday’s Supreme Court decision didn’t end the region’s water wars "by any stretch" and that he expects future litigation until a solution is hammered out.

What’s needed, he said, is a process that gets the input — and ultimately the buy-in — from all states and interests in the river, including thirsty cities like the suburbs of Atlanta; farmers; and environmental, recreational and wildlife interests.

"There are going to continue to be court cases like this as long as the states are not agreeing on how to collaboratively manage this river system," said Rogers.

"There needs to be some kind of collaborative solution to this, ultimately; otherwise, you’re just going to have a never-ending cycle of litigation by one state or another against other states, or against the Corps of Engineers," he said.

The Army Corps of Engineers, which manages the reservoir at the Florida-Georgia border, may play a role.

But the dispute remains politically charged.

In a statement, he said it would "allow Georgia’s gratuitous overconsumption of water" to "further harm northwest Florida’s environment and economy without consequence."

Rogers and Ackerman, however, said there has been some consensus. They both pointed to a management plan that stakeholders crafted and released in 2015. Rogers said the governors of the states involved never implemented the plan, but it was a step in the right direction.

"That’s what’s needed here, leadership at the state and federal level," he said. "There are river systems in the United States governed by compacts. … Something like that could potentially work here."

"There are people committed to making it work, and I don’t think those people are going to give up," she said.