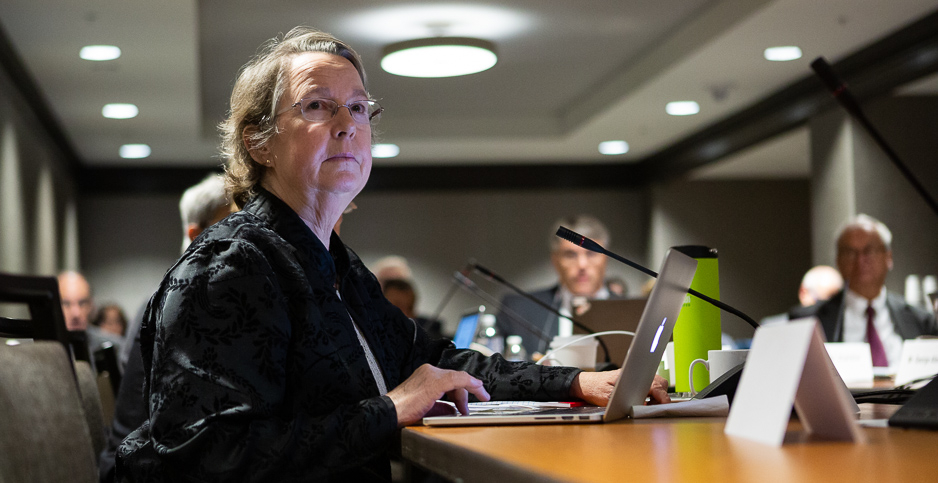 More consequentially, panel members are likely to probe EPA staffers’ handling of the scientific research underlying their preliminary conclusion that no tightening is needed to the 70-parts-per-billion limit for the common pollutant (Greenwire, April 29). The meeting’s purpose, according to the agenda, is “to deliberate on whether a fuller discussion of ozone science is needed.”

Partly on those grounds, the panel’s chair, Lianne Sheppard, recently took what appears to be the unprecedented step of pausing the review (E&E News PM, May 13). Reached by phone yesterday, Sheppard, a University of Washington biostatistics professor, declined to comment beyond the contents of her memo and what she and other panel members said at an earlier virtual meeting in April.

If unresolved, the panel’s caveats could up the long-term pressure on EPA to cut the 70 ppb standard, despite a 2019 decision by the U.S. Court of Appeals for the District of Columbia Circuit upholding its validity as a public health safeguard (Greenwire, Aug. 23, 2019).

At a minimum, the pause could slow the pace of the review, which is supposed to move at a relatively brisk clip and wrap up by the end of next year. Following tomorrow’s meeting, what is formally known as the Clean Air Scientific Advisory Committee (CASAC) Ozone Panel had been scheduled to gather virtually three more times this month. Instead, a second meeting set for this Friday will be held only if needed, the agenda says. The other two have been canceled outright.

Ozone, a lung irritant that is the main ingredient in smog, is among a half-dozen pollutants subject to National Ambient Air Quality Standards that EPA must periodically reassess to ensure that they adequately protect public health and the environment in light of the latest studies into their effects. The 17-member panel, made up mostly of university-based scientists, is charged with providing independent know-how to the review.

The current 70 ppb exposure threshold dates back to 2015. After a rushed review by the Trump administration found that no change to that limit was warranted, EPA — under pressure from lawsuits brought by advocacy groups and Democratic-leaning states — opted last fall to reconsider the status quo verdict.

The basis for that decision lay in the Trump-era advisory committee’s admission that it lacked “sufficient expertise” to do its job, Erika Sasser, head of EPA’s Health and Environmental Impacts Division, told the current panel at the April meeting.

“I think it was a real concern about whether the advice that the agency received at that time reflected a whole evaluation of all the science,” Sasser said. In now reconsidering the adequacy of the 70 ppb standard, she added, “we just want to take another look.”

“It doesn’t mean that we will reach different conclusions; it means that we want to be sure that there is full scientific weight behind the review,” Sasser said.

But Sasser also acknowledged that her staff’s preliminary assessment in favor of keeping the 70 ppb standard draws heavily on a predecessor document prepared in the course of the Trump administration review. Environmental and public health groups that have long argued for a stricter threshold assail that conclusion in recently filed written comments.

The 70 ppb limit “fails to protect the public health — and particularly the health of sensitive populations such as children, asthmatics, the elderly, and outdoor workers — with an adequate margin of safety,” a Sierra Club attorney wrote. Since 2015, “new evidence and re-evaluation of existing evidence” have implicated ozone “as a causal agent in metabolic, cardiovascular and respiratory morbidities and related mortality,” two senior American Lung Association officials said in a separate submission using technical terms for illness and premature death.

Representatives of both groups are among 25 speakers who have signed up to address the CASAC panel directly tomorrow; the lineup also includes employees from the U.S. Chamber of Commerce and American Petroleum Institute who are expected to endorse the current standard.

Alongside public health and regulatory compliance issues, EPA’s reliance on the 70 ppb limit as a “secondary” standard to protect crops and vegetation is similarly likely to arise. As Sheppard noted in her memo, panel members have also raised concerns about some of the agency’s readings of the cause-and-effect relationships between ozone exposure and various health problems. At the April meeting, for example, George Allen, chief scientist for a Boston-based coalition of state air pollution agencies, singled out a nuanced hedging in the agency’s determination of the tie between exposure and cardiovascular ills from “likely causal” to “suggestive, but insufficient to infer causality.”

“It’s unusual for the causality assessments to move in that direction,” Allen said. “Usually, they go in the opposite direction, as we, you know, gain more information.”

In response, Steve Dutton of EPA’s Office of Research and Development acknowledged the “downward shift” between a 2013 roundup of the scientific research into ozone’s effects and a 2020 edition prepared for the Trump administration review. “That’s really one where we’ve had a lot of differing advice,” Dutton said. “And the new evidence that came in between 2013 and 2020 really pushed us kind of back down to that lower category.”