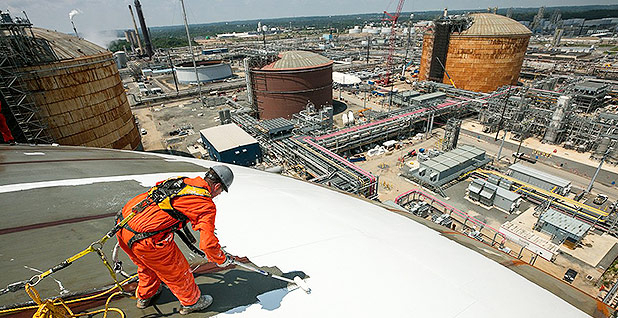 The Pennsylvania Department of Environmental Protection suspended permits for the Mariner East 2 project, citing "egregious and willful" violations. The 24-page order enumerates dozens of infractions, including instances in which project backer Sunoco Pipeline LP allegedly did not obtain a permit at all for certain installation activities.

"Until Sunoco can demonstrate that the permit conditions can and will be followed, DEP has no alternative but to suspend the permits," DEP Secretary Patrick McDonnell said in a statement. "We are living up to our promise to hold this project accountable to the strong protections in the permits."

Mariner East 2 would deliver natural gas liquids including propane, butane and ethane 350 miles across the southern portion of the Keystone State, sending products to eastern Pennsylvania and the Marcus Hook terminal near Philadelphia.

Sunoco has touted the pipeline as a critical link between the Utica and Marcellus Shale formations and markets in Pennsylvania and beyond. The Marcus Hook facility serves as a budding hub for exports of gas products.

For now, Pennsylvania’s order will block all construction on the $2.5 billion project until Sunoco corrects violations, addresses complaints about fouled private water wells and submits a plan for avoiding future problems.

According to the order, the dozens of permit infractions represent violations of Pennsylvania’s Clean Streams Law and Dam Safety and Encroachments Act.

"Suspension of the permits … is necessary to correct the egregious and willful violations herein," the order says. "Other enforcement procedures, penalties and remedies available to the Department under the Clean Streams Law and the Dam Safety and Encroachments Act would not be adequate to effect prompt or effective correction of the conditions or violations demonstrated by Sunoco’s lack of ability or intention to comply."

Sunoco has 30 days to challenge the order before the state Environmental Hearing Board. The company quickly posted a response to the news on its website yesterday, noting that it plans to work swiftly to get the all-clear to restart construction.

"We intend to expeditiously submit these reports and we are confident that we will be reauthorized to commence work on this project promptly," the statement said. "We also reiterate our commitment to the highest levels of construction expertise and our dedication to preserving and protecting the environment in which we conduct our work."

Pipeline critics slammed the news of the Mariner East 2 violations as evidence of reckless development practices.

"Just as in Ohio and Michigan in recent months, Energy Transfer Partners and its affiliates now in Pennsylvania continue to show a reckless disregard for the environment and communities as it rabidly builds its pipelines across the country," Oil Change International spokesman David Turnbull said in a statement.

Joanne Kilgour, head of the Sierra Club’s Pennsylvania chapter, said she hoped the issues with Mariner East 2 would spur Gov. Tom Wolf (D) to take a closer look at how the state approves pipeline projects.

"DEP’s decision to suspend the permits required for construction affirms that the concerns raised by these community members were valid, and that the pipeline should never have been approved in the first place," she said in a statement. "We hope the Wolf Administration will take this opportunity to reevaluate its insufficient approach to the permitting of pipeline projects and other fossil fuel projects throughout Pennsylvania."