Pa. refinery: Who will clean up decades of pollution? 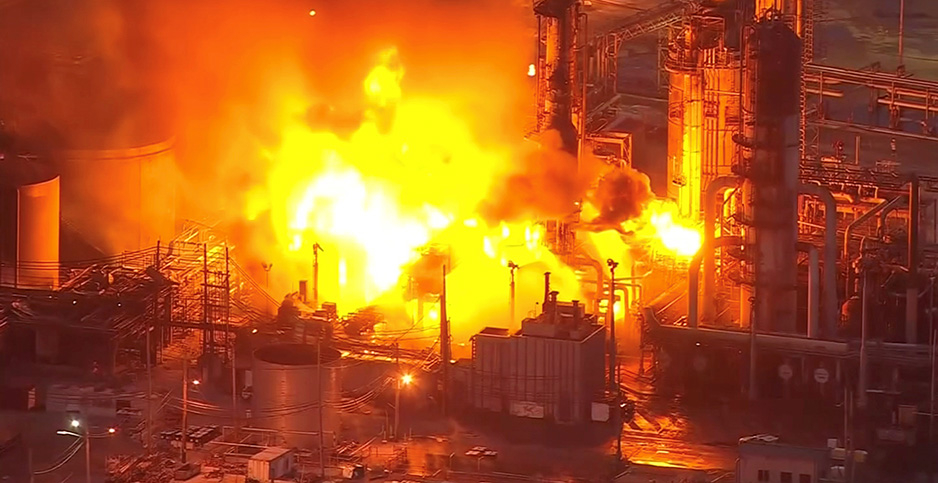 The explosions that destroyed part of the historic oil refinery on Philadelphia’s south side have thrown a wrench into the ongoing effort to clean up decades’ worth of soil and water pollution at the site.

Sunoco Inc., the plant’s former owner, agreed to clean up the contamination in the early 2000s, and it agreed to continue that effort after it sold the operation to a partnership known as Philadelphia Energy Solutions in 2012.

The blasts on June 21 did so much damage that the new owners announced they’ll likely close the refinery, the biggest on the East Coast (Greenwire, June 26).

That leaves city, state and federal officials to oversee what will likely become a two-track cleanup involving two different companies. For now, Sunoco’s effort to clean up the historical pollution is on hold because of the fire and explosions.

Officials at EPA and the state Department of Environmental Protection (DEP) were scrambling last week to figure out what responsibility Philadelphia Energy Solutions and other parties bear for environmental problems caused by the fire. The U.S. Chemical Safety Board said the site is so unstable that its investigators haven’t been able to inspect the damage (Greenwire, June 28).

The outcome is crucial because the legacy pollution is already affecting a drinking water aquifer that stretches under the Delaware River into New Jersey. The cleanup could also shape Philadelphia’s future by determining whether the refinery, which sits on 1,300 acres near the intersection of the Schuylkill and Delaware rivers, can be reused for something besides heavy industry.

"No one ever kind of reimagined what could be at that site," said Christina Simeone, a senior researcher fellow at the University of Pennsylvania’s Kleinman Center for Energy Policy who wrote a paper about the refinery’s problems.

The refinery’s roots go back to 1870, when it was operated by Atlantic Refining Co. In 1920, Gulf Oil opened a second refinery on an adjacent site. Sunoco acquired both refineries in the 1990s. Together, the two units could process 335,000 barrels of crude a day, making them the largest refinery on the East Coast.

The water and soil contamination includes lead, gasoline, benzene and toluene. In 2003, Sunoco agreed to a voluntary cleanup program under a Pennsylvania statute known as Act 2.

Sunoco divided the property into 10 "areas of interest," with the underground aquifer being an 11th area. It wrote a series of cleanup plans for each area — only eight of which were complete as of last week — and was doing remediation work.

A key facet of the cleanup is that it allows Sunoco to clean each area so that it’s suitable for "site-specific, non-residential use," DEP spokeswoman Virginia Cain said in an email.

The cleanup plan has drawn protests from neighborhood groups and environmentalists. They argue that the DEP never gave them an opportunity to comment publicly on the cleanup plans. They also worry that the "site-specific" remediation doesn’t go far enough in removing contamination.

By 2010, Sunoco was losing money on the Philadelphia refinery and was planning to close it. Philadelphia Energy Solutions bought the plant after securing incentives from Pennsylvania state officials, including financial help in building a rail terminal (Energywire, July 3, 2012).

The explosion introduced a new wrinkle into the cleanup saga, said Joe Minott, executive director of the Philadelphia-based Clean Air Council. Now that two companies are involved in cleaning up the same property, they could try to blame each other for some of the problems, Minott said.

"Sunoco can say, ‘This was pristine when I gave it to PES’" and refuse to clean up some of the plant, he added.

Both companies have also gone through financial transformations since the refinery changed hands.

Sunoco was acquired by Energy Transfer, the Dallas-based pipeline conglomerate. Energy Transfer has a history of friction with Pennsylvania regulators — the DEP has blocked some of its pipeline construction because of spills and other problems (Energywire, Feb. 11).

Philadelphia Energy Solutions was originally controlled by the Carlyle Group, a private equity firm based in Washington, D.C. After operating the refinery for six years, it declared bankruptcy, citing the high cost of complying with environmental regulations.

Reuters reported that the Carlyle Group and others contributed to the bankruptcy by extracting more than $590 million in dividend-style payments from the company.

Former EPA Administrator Scott Pruitt and other top agency officials held a series of meetings before the bankruptcy. The meetings culminated in the Trump administration waiving half of the company’s financial obligations for blending renewable fuels into its products — a deal that saved the refiner $175 million. EPA officials defended the meetings, saying career staff at EPA and the Justice Department approved the settlement (Greenwire, June 27).

After the bankruptcy, most of Philadelphia Energy Solutions is owned by its former creditors, Bardin Hill Investment Partners and Credit Suisse Asset Management. The Carlyle Group and Energy Transfer own small stakes in the company.

Philadelphia Energy Solutions declined to comment on the potential cleanup of the site.

A spokeswoman for Energy Transfer acknowledged in an email that the company is responsible for cleaning up pollution that occurred before the sale of the refinery. She declined to discuss how much the cleanup costs or answer other questions.

Philly Thrive, a neighborhood group that has pushed for the refinery to be closed because of its history of air pollution, said the closure was just a first step. The group wants city officials to ensure that the site is fully cleaned up and that the owners pay pensions and severance benefits to the more than 1,000 workers who lost their jobs.

"It’s not the end — we have to stay focused and make sure it actually happens," Sylvia Bennett, one of the group’s members, said in a statement. "We know fossil fuel companies [in] other places have walked away from what they owe and we won’t stand for that here."

Clarification: This story has been updated to reflect that career officials at EPA and the Justice Department signed off on a settlement that saved the Philadelphia Energy Systems refinery $175 million.