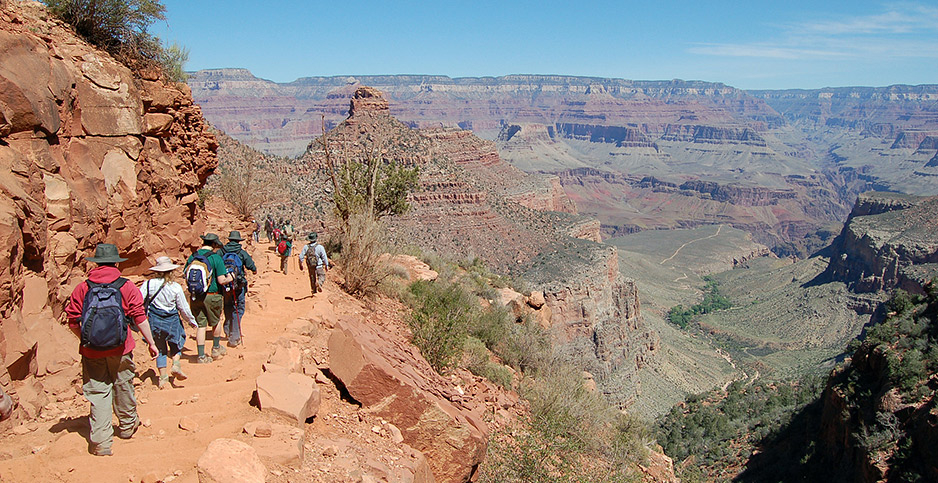 Bernhardt relented after resisting the calls for nearly a week. His decision came after local officials reported the first positive case of COVID-19 at Grand Canyon Village on Monday (Greenwire, March 31).

"The Department of the Interior and the National Park Service will continue to follow the guidance of state and local health officials in making determinations about our operations," Bernhardt said. "As soon as we received the letter from the health and human services director and chief health officer for Coconino County recommending the closure of Grand Canyon National Park, we closed the park."

Rep. Raúl Grijalva (D-Ariz.), the chairman of the House Natural Resources Committee, called the explanation "absurd on its face," noting that Bernhardt’s decision came five days after local officials first asked that the park be closed to protect public health.

"The Trump administration refused to close a popular public gathering place until someone got sick, which is a perfect metaphor for how it’s handled this entire pandemic," Grijalva said last night, accusing Bernhardt of waiting too long to make "the obvious and necessary decision."

The National Park Service said it has closed more than 100 of its 419 park sites, but the agency has not reported a specific number, with many decisions being made by local park superintendents.

Around the country, most major parks have closed in the past two weeks, including Yellowstone, Yosemite, Rocky Mountain, Grand Smoky Mountains and Grand Teton. Joshua Tree in California is among the latest, joining the list yesterday.

Many of the parks began reporting overcrowding after Bernhardt temporarily suspended entry fees on March 18, saying it would help the public "enjoy the outdoors" while still practicing social distancing.

The park service said the decision to close Grand Canyon came after it received a letter yesterday from Thomas Pristow, director and chief health officer for the Coconino County Health and Human Services Department.

"Upon receiving this request from the local health department, acting Superintendent Mary Risser, with the support of the NPS Deputy Director, Operations, David Vela and Secretary of the Interior David Bernhardt, made the decision to immediately close the park until further notice," the park service said in a statement.

But Grijalva produced a letter written last Friday by county officials, who expressed "extreme concern for any decision to keep the Grand Canyon National Park open in the midst of the COVID-19 pandemic."

The park service said Tuesday that so far, seven of its more than 20,000 employees have tested positive for COVID-19. Officials have not disclosed any details on where the employees worked (E&E News PM, March 31).