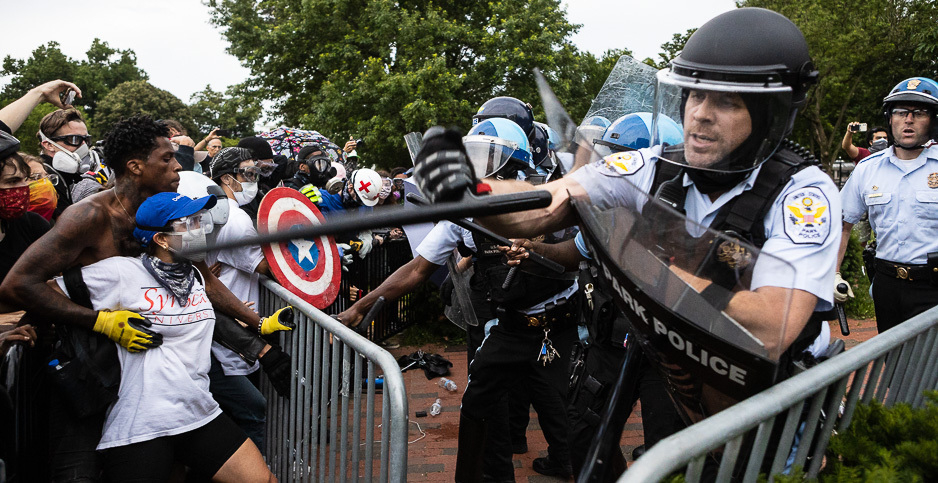 The U.S. Park Police failed to record radio communications from its administrative and special event channels for a period of about two years that included the tumultuous protests in June 2020 near the White House, Interior Department investigators said in a report made public today.

In the latest follow-up to the Park Police’s controversial handling of those demonstrations at Lafayette Square, Interior’s Office of Inspector General identified serious problems with the law enforcement agency’s crucial radio operations.

“We found that the USPP’s analog recorder appeared to have stopped fully working some time in 2018 and that because the USPP did not have any policies or procedures ensuring that it monitored its recorder, it did not discover the deficiency until June 2020,” the OIG reported.

The discovery came when Park Police officials requested recordings from the June 1 operation. Investigators said they did not find evidence suggesting that the USPP intentionally failed to record its radio communications, but the consequences extended beyond the 2020 demonstration response.

“We confirmed several instances in which officers sought recordings in connection with criminal prosecutions that occurred while [a] temporary recording solution was in place, but the USPP could not successfully fulfill those requests,” the OIG noted.

Protesters started gathering in Lafayette Square near the White House after the May 25, 2020, killing of George Floyd, a Black man who died while in the custody of Minneapolis police. Park Police, along with other local law enforcement, responded to the demonstrations.

The Park Police concurred with all five recommendations and said it is making improvements.

“We take these matters seriously and are working to ensure their resolution,” National Park Service Director Charles Sams wrote.

Previous reports by the OIG identified communication and interagency coordination flaws with the operational response.

“We found weaknesses with the operation to clear the park, including the U.S. Secret Service’s deployment before the USPP had begun its dispersal warnings and the USPP’s failure to provide dispersal warnings that were loud enough for everyone to hear and that told protesters where to exit before the clearing operation began,” Inspector General Mark Lee Greenblatt said last year.

Congressional Democrats have said the Trump administration deployed the Park Police and other law enforcement for political purposes by clearing out protesters to make way for former President Donald Trump to stage a Bible-clutching photo-op in front of a church he rarely attended.

The OIG investigators, however, previously concluded that police cleared the park to allow a contractor to safely install anti-scale fencing in response to property destruction and officers being injured during earlier protests.

In the new report, emails showed that command officials involved in the operation at Lafayette Square and the dispatch personnel who sought to retrieve the recordings were concerned when they learned that they were not available.

“For example, in a June 2020 email from the USPP incident commander at Lafayette Square to dispatch personnel and other command staff, the incident commander … stated, ‘to not have the events over the past week recorded will go down as one of the biggest critical failures possible. Using that information for evidence and after action review is critical,'” the OIG reported.

On the evening of June 1, 2020, the Park Police and several other law enforcement partners cleared protesters from Lafayette Square. On June 6, an official requested radio recordings from each day of the protests from May 29 to June 3 (Greenwire, July 28, 2020).

Dispatch center personnel found recordings for the primary dispatch channel, used for activity on May 29 and May 30. They determined, however, that the administrative channel, used for Park Police operations on May 30 to June 3, had not been recorded.

Police officials said that dispatch center personnel did not know before June 2020 that the administrative channel was not recording because they had not previously received a request for its recordings.

“We also found that after discovering the recording failures in 2020, the USPP implemented an ineffective temporary recording solution that did not comply with … requirements,” the OIG reported. “In addition, we learned that the USPP took over 2 years to install its current digital recording system.”

The digital recording system still “does not fully comply with [Interior Department] policy and faces other ongoing challenges,” the investigators added.