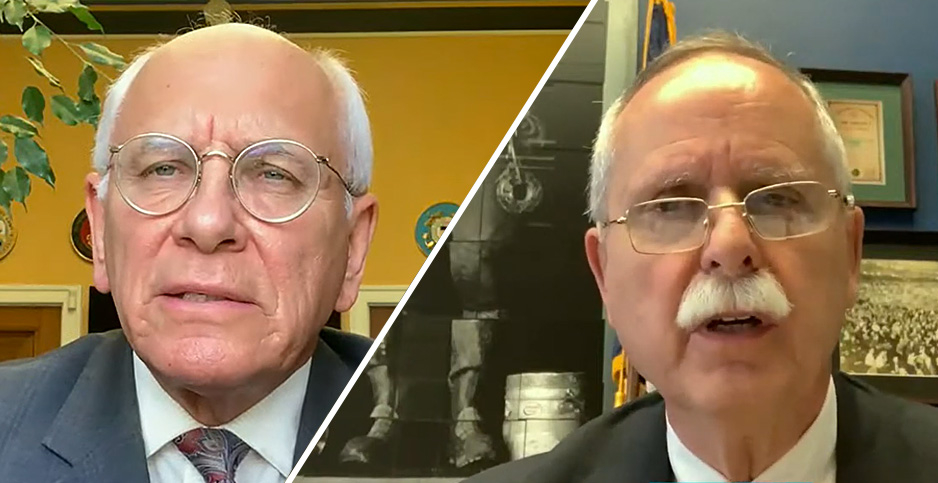 A congressional hearing yesterday did little to pierce the fierce partisanship over the issue of environmental justice, with a nearly 2-½-hour virtual session reinforcing the extent of the political divide.

Members of the House Energy and Commerce Subcommittee on Environment and Climate Change patched in and out of webcams to reiterate their own positions and ask questions of witnesses that would reinforce their arguments.

Democrats mostly ignored Republicans, who expressed real concerns that the 11 bills up for discussion would force fossil fuel workers into lower-paying jobs and drive up the price of home electricity for those living in poverty.

Republicans relied on an advocate of Opportunity Zones — an unrelated economic program that gives tax incentives to businesses making long-term investments in distressed communities — to prove that their party has better ideas for combating inequality.

To an outside viewer, the patchwork of testimonies and talking points painted a picture of just how much opposition Democrats will have to overcome to advance the kind of comprehensive environmental justice policies the Biden administration has asked everyone in government to prioritize.

Their work could be compounded by the fact that many progressives, including those invited to testify before the subcommittee yesterday, are urging lawmakers to do even more to address the disproportionate effects of climate change on Black, brown, Indigenous and poor communities.

For example, Mildred McClain, co-founder and executive director of the Harambee House/Citizens for Environmental Justice, said H.R. 2021, the "Environmental Justice for All Act," should be the "floor, not the ceiling," for what lawmakers ought to do on this subject.

That bill, from House Natural Resources Chairman Raúl Grijalva (D-Ariz.), with shared jurisdiction between his committee and Energy and Commerce, would require permitting decisions under the Clean Water Act and Clean Air Act to account for the "cumulative impacts" of harmful emissions, and allow private citizens in environmental justice communities to seek redress for discrimination under Title VI of the Civil Rights Act.

It also would impose new fees on oil, gas and coal companies to bolster an assistance fund to help communities transition away from economies that are dependent on fossil fuels.

The legislation that got the most attention yesterday was H.R. 1512, the "Climate Leadership and Environmental Action for Our Nation’s (CLEAN) Future Act," introduced last month.

The sweeping, 981-page bill would set a 2050 target for achieving net-zero greenhouse gas emissions — and a target of reducing emissions by 50% from 2005 levels no later than the year 2030 — by authorizing a number of federal initiatives and industry regulations to make that possible.

"Both proposals prioritize investments for environmental justice communities and basically commit 40% of investments to directly benefiting these communities," Pallone said.

"Both proposals seek to clean up the sectors of our economy, like the ports, that not only increase the amount of carbon in the atmosphere but also in the amount of hazardous air pollutants concentrated in environmental justice communities. And both policy proposals make the long-overdue investments in cleaning up Superfund sites, replacing lead service lines and updating the energy grid."

Tonko framed the purpose of yesterday’s hearing, on his bill and others, as a chance to collectively "right … historic injustices."

"I believe members of this committee would agree that all Americans should be able to have clean air, clean water and lives free of pollution. Unfortunately, this has not been the case throughout our history, and it is not the case as we speak today," Tonko continued.

"And the burdens of this exposure have not been distributed equally or randomly: Americans who have paid the highest price for this pollution have mostly been people of color and those in low-income communities."

Rep. David McKinley, the top Republican on the Environment and Climate Change Subcommittee, who represents the coal-producing state of West Virginia, spoke yesterday of another "injustice": how Democrats’ environmental justice proposals would eliminate jobs and decimate communities with fossil fuel-reliant economies.

"Injustice is injustice, whether it’s in an urban area or in a rural community," McKinley said, then directing his remarks at Tonko.

"Paul, I know you. If you could prevent poverty for just one family in your district in New York, I’m confident you would fight like hell on their behalf. So I’m confused: Why is the rest of your party turning a deaf ear to the pleas of men, women and children with fossil fuel jobs, subjecting whole communities to poverty? Is that what Democrats call environmental justice?"

She added, "We’re looking at an economic train wreck — not the way to help front-line communities."

Rep. Bill Johnson (R-Ohio) at one point said a section of the "CLEAN Future Act" specifically lays out the fossil fuel jobs that would be eliminated were the bill to become law.

It "does not hide its bias against fossil fuels," Johnson said of the legislation.

The bill doesn’t actually list jobs that would be scraped but rather provides some examples of those that could be negatively affected by new mandates.

This same section also describes a process for facilitating the transition for affected communities and making sure fossil fuel workers are not displaced without green jobs to fall back on.

At least one other bill discussed yesterday — H.R. 2394, the "Climate Justice Act," from Rep. Yvette Clarke (D-N.Y.) — would establish a federal "Climate Justice Working Group" to advise on facilitating communities’ transitions away from dependence on fossil fuel economies.

But Republicans continue to be unimpressed by Democratic promises that their constituents won’t be left in the lurch, also arguing that it’s unfair to offer displaced workers a job they don’t want at a fraction of the salary.

Even former President Obama’s Energy secretary, Ernest Moniz, said green jobs won’t pay as much as those in oil and gas, GOP lawmakers reminded their colleagues during the hearing.

Few Democrats chose to use their time to challenge or disagree with Republicans — an exception was Rep. Diana DeGette (D-Colo.), who briefly did not hold back her frustration.

"But what I really can’t understand is not either of their witnesses or one of the members is willing to talk about how we address cleanup of these environmental justice areas."

She went on: "I support Opportunity Zones, but those are about economic development. It’s not talking about cleanup of environmental contamination in these neighborhoods. And that’s what we need to talk about."

The other bills addressed in some capacity yesterday were: