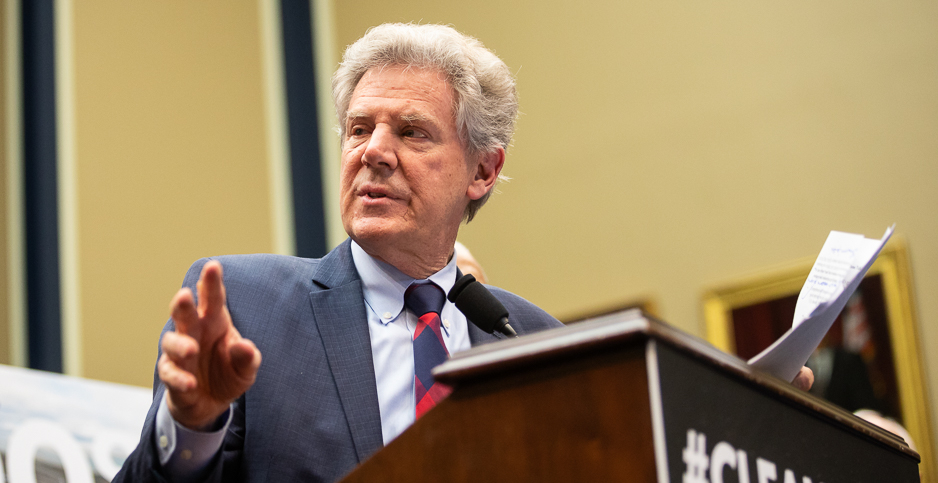 Republicans blasted "just transition" policies during a House Energy and Commerce Committee hearing yesterday, as the parties dug deeper into the partisan trenches that have defined the panel’s efforts to tackle climate change.

At issue in the Energy Subcommittee was the "Climate Leadership and Environmental Action for our Nation’s (CLEAN) Future Act," H.R. 1512, the wide-ranging climate and clean energy bill introduced by full committee Chairman Frank Pallone (D-N.J.) and other Democrats.

It was the E&C Committee’s second hearing on the legislation, which would aim to decarbonize the power sector by 2035 and enact a host of policies to boost grid resilience, transmission and infrastructure.

Rep. Kathy Castor (D-Fla.) neatly summed up the Democratic position in suggesting the bill would create so many jobs it would take time to train and employ people.

She cited proposed investments to expand community solar around the country and build clean energy microgrids to improve resilience.

"This is an enormous opportunity to create jobs," said Castor, who also chairs the Select Committee on the Climate Crisis. "Are you kidding me? Utility workers are going to be at the top of the list."

"For workers in oil and gas, the skill set is different from workers in nuclear energy because the hazards are different," said Rep. Michael Burgess (R-Texas). "I only bring that up to illustrate that the interchangeability with someone in the solar and wind industry is likewise going to be problematic."

That section of the bill, among other things, would offer financial assistance to communities that have lost revenue by transitioning away from fossil fuels and create a new Office of Energy and Economic Transition at the White House.

Eric Hofmann, president of Utility Workers Union of America Local 132 — which represents workers at Southern California Gas Co. — said he has yet to see effective examples of a just transition, the catch-all term frequently used by activists to describe policies to offer a glide path to new jobs for fossil fuel workers.

"When we hear the term ‘just transition,’ quite frankly, it makes our skin crawl," Hoffman told the panel.

The hearing followed a familiar pattern, with Democrats touting their own proposals to transition the economy to clean energy and Republicans decrying "mandates" and using their witnesses to rebut calls to ramp down fossil fuel use.

It’s left lawmakers at loggerheads about energy infrastructure and climate policy, despite the compromise that led to passage of a massive energy bill in the omnibus at the end of the last Congress.

"I don’t want anybody to think that the ‘CLEAN Future Act’ is the end and that’s it," Pallone said. "We want input, but I also think that we have to recognize that if we don’t move toward a green economy, we’re going to be left behind."

There could be some common ground tucked into the $565 billion "CLEAN Future Act," particularly on energy efficiency, resilience and policies to make it easier to site new transmission.

But partisan divides were also evident yesterday in the panel’s discussion of resilience and the California and Texas blackouts, which became a focus of the hearing as lawmakers considered the bill’s grid provisions.

Rodgers warned against "growing reliance on weather-dependent energy." "These outages are a reality check," she said.

That’s not the assessment of many experts, however, and Alison Silverstein, an independent energy consultant, told the panel that the idea that the grid cannot be resilient with more renewables is "wrong."

"Texas was about climate change and an extraordinary weather event, and the failure of every kind of generation and every kind of customer demand problem," she said.

Democrats said that only makes decarbonization and a massive transformation of the grid more urgent.

"This is the new normal," said Rep. Jerry McNerney (D-Calif.). "So we have to be prepared."