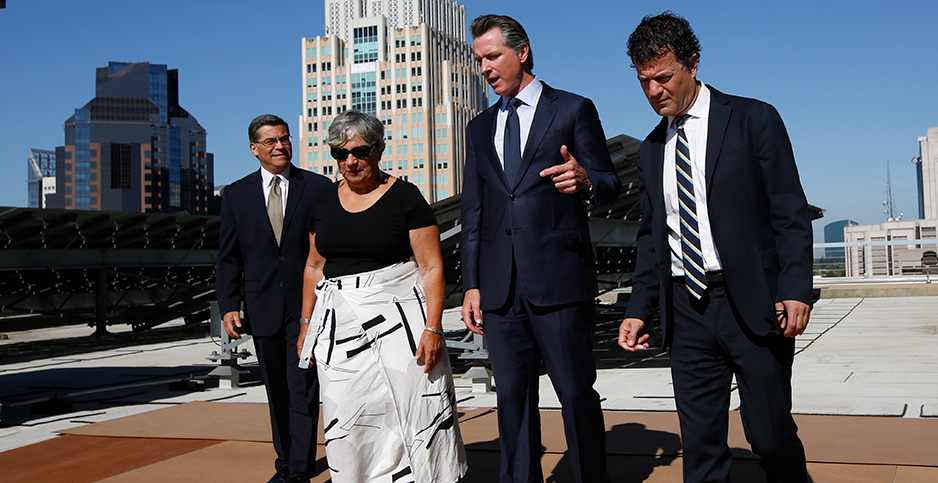 The last time a Democratic president nominated an EPA administrator, Republican senators stalled her confirmation for a record 136 days — and they didn’t even control the chamber.

The travails of former EPA chief Gina McCarthy hang over President-elect Joe Biden as he considers his top energy and environment officials. Senate Republicans will have the power to block Biden’s nominees indefinitely unless Democrats sweep both of next month’s Georgia runoffs.

Even a moderate delay could undermine major aspects of Biden’s climate agenda, according to agency veterans. Democrats close to the transition say Biden’s team is factoring that scenario into its EPA considerations, though potential confirmation challenges haven’t stopped Biden from selecting his preferred picks for some other Cabinet posts.

Power-sector decarbonization, environmental justice, methane emissions and vehicle standards will be some of the biggest climate issues awaiting Biden’s EPA administrator. Eight years wasn’t enough for the Obama administration to complete its policies on all those issues, and Republicans blocked confirmation of many relevant officials, such as the chiefs of the air and water offices.

If Republicans’ history on Obama’s EPA nominees is "somehow an indication of a protracted Senate fight — not just for administrator, but for any of the Senate-confirmed positions — then you begin to wonder, how long does EPA actually have to implement a sustainable Biden regulatory agenda?" said a former top agency official.

A focus on a speedy confirmation could spell trouble for one of the job’s front-runners, Mary Nichols of the California Air Resources Board.

Conservatives already are signaling opposition to her candidacy, though Nichols’ backers — including Senate Minority Leader Chuck Schumer (D-N.Y.) — say she would still make it through. Her supporters argue that she’s the most qualified candidate, and she has already won Senate confirmation once, to be the Clinton administration’s assistant EPA administrator for air and radiation.

But that was before she earned the moniker "queen of green" for her work on California’s carbon cap-and-trade system and toughest-in-the-nation vehicle standards, both anathema to many Republicans (E&E Daily, Dec. 8).

Supporters of two other top candidates — Heather McTeer Toney of Moms Clean Air Force and Collin O’Mara of the National Wildlife Federation — say their preferred picks would have a better chance to win Republican support and take office quickly.

O’Mara has built relationships across the Republican caucus through his work leading NWF, and he would garner bipartisan support, his backers say.

"Is [Vermont independent Sen.] Bernie Sanders going to be jumping for the moon? No," a senior Democratic Senate aide said.

"But [O’Mara] will be able to gain enough support on both sides of the aisle that confirmation won’t be hard. … He’s not someone who Republicans will vote no on just for the sake of voting no. "

Toney’s supporters also point to the GOP relationships she has forged — first as a Mississippi mayor and then as EPA’s Southeastern regional administrator, a position that handles the full range of agency actions but doesn’t make policy.

Republicans have mostly held their fire on Toney, even as she has become a favorite of progressives and environmental justice activists.

At stake are the durability and scope of Biden’s climate agenda.

"It would be a mistake to just reinstate the Obama regulations and just change the date," said Judith Enck, former administrator of EPA’s New York-based Region 2.

The agency needs to update the data underpinning climate regulations while factoring in lost time from the Trump administration, she said — none of which happens quickly.

The time frame is even tighter to safeguard climate rules against the possibility of a Republican presidential win in 2024.

Legal challenges can take nine months or more, during which time a Republican administration could choose to stop defending the climate rules, as the Trump administration did for the Obama administration’s Clean Power Plan.

And regulations issued late in Biden’s administration could remain vulnerable to the Congressional Review Act into his successor’s first term.

That means the deadline for Biden’s EPA administrator to lock in climate policies is roughly summer 2024.

"If you can’t start until May or June of 2021, that’s a very short window," said the former top EPA official, who backs Toney.

That time crunch — exacerbated by the agency’s low staffing levels — means the next EPA chief will have to triage.

"It’ll take at least four years. I mean, there has to be a second Democratic term to undo the damage," said Enck, who is neutral on whom Biden should pick to run EPA.

The EPA head will have to balance resource-intensive rulemakings against easier but potentially less drastic actions, such as reversing Trump-era guidances and unfinalized rules.

That dynamic would be even more pronounced after a delayed confirmation.

"It’s going to have to be a surgical strike," said Betsy Southerland, the former science and technology director for EPA’s water office. She is neutral on whom Biden should pick.

"The poor Biden administrator of EPA is going to have to look across [the agency’s rollbacks and new initiatives] … and decide which are the priorities — really — for the first four years of the Biden administration — what really is feasible for them to get done," Southerland said.

But that still would leave tough choices.

For a time, Southerland said, "you may have to let a lot of the [Trump] rollbacks, and the damage caused by those, sit there — or let the courts address them."

But that’s largely due to President Trump’s inclination toward acting officials; few of his Cabinet-level nominees languished for long in the GOP-controlled Senate.

EPA, for instance, went 237 days without a Senate-confirmed leader — the longest of any Cabinet position under Trump.

Andrew Wheeler, who spent months as EPA acting administrator, was formally nominated for the role in November 2018 and confirmed 104 days later. Republican senators said they moved his nomination as quickly as they could during the holiday months.

Office of Management and Budget Director Russell Vought waited 124 days between the March announcement of his nomination and his May confirmation as director — a period that coincided with the COVID-19 pandemic’s first lockdowns, and during which Vought served as OMB’s acting director.