Past is prologue for Trump pick on environmental issues 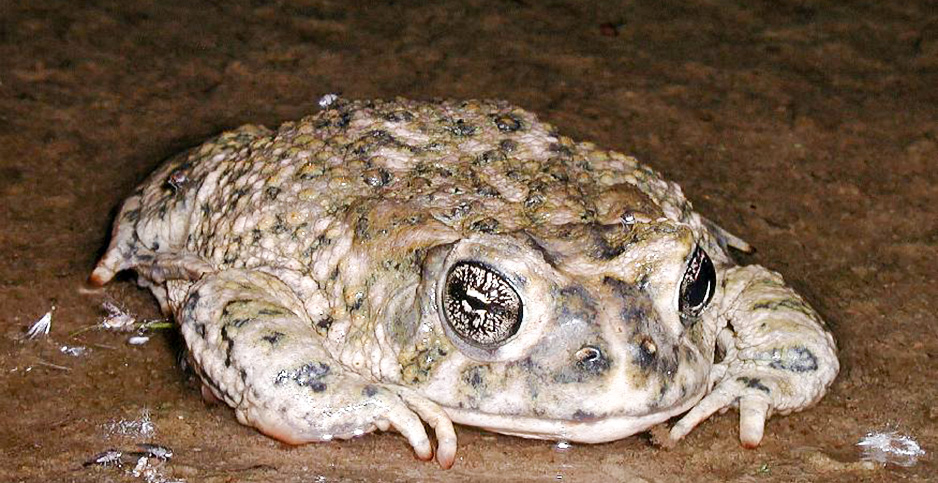 Questions about the Clean Water Act, citizen suits, judicial deference and some select other environment-related issues await President Trump’s next Supreme Court nominee, if past nomination hearings are any guide.

And perhaps an unexpected toad or two might hop into the picture.

While the environment will inevitably play second fiddle to hot topics like abortion rights and affirmative action, certain Senate Judiciary Committee members have a demonstrated interest in environmental jurisprudence. And they are sure to have questions for the nominee to replace the retiring Justice Anthony Kennedy.

"It’s not just their record on straight quote-unquote environmental laws, but also the way in which they rule on a number of issues that is also extremely relevant," said Glenn Sugameli, an environmental attorney who founded the Judging the Environment project (Climatewire, June 28).

At his 2005 confirmation hearing, for example, Chief Justice John Roberts found himself facing questions from two senators over a "hapless toad," the memorable nickname he gave an endangered amphibian in California. In court-watching circles, the phrase went viral.

The toad, which is formally known as the arroyo southwestern toad, came up because of a dissent Roberts wrote while on the U.S. Court of Appeals for the District of Columbia Circuit. He raised questions about the effect of protections for the species on interstate commerce.

The Senate Judiciary Committee includes two Republicans — Sens. Mike Lee of Utah and Jeff Flake of Arizona — and three Democrats — Sens. Sheldon Whitehouse of Rhode Island, Mazie Hirono of Hawaii and Cory Booker of New Jersey — who also serve on either the Energy and Natural Resources or the Environment and Public Works committees, potentially setting them up to take the lead on environment-related questions (E&E Daily, June 28).

The Senate Democrats’ questioning of the nominee will start with Sen. Dianne Feinstein of California, the judiciary panel’s senior Democrat and a lawmaker long interested in the Clean Water Act.

During the 2010 confirmation hearing for Justice Elena Kagan, for instance, Feinstein went into some detail about a 5-4 ruling in 2006 when, she said, the Supreme Court "reversed course and said that the Army Corps had exceeded statutory authority in limiting pollutants in certain wetlands."

"When do you believe it is appropriate for a court to overturn the reasoned decision of a federal agency that action is needed pursuant to a statute?" Feinstein then asked.

The overall question of judicial deference to agency expertise, which can be a key issue in environmental cases, will almost certainly be raised by several other senators, although probably not with the same humor shown by former Minnesota Sen. Al Franken during his turn with Kagan.

"Can you tell me how many of the Supreme Court justices have a degree in the environmental sciences?" Franken asked.

"Well, gosh, I do not know, Sen. Franken," Kagan replied.

"I do not either. I think it is none," Franken said.

The current chairman of the Senate Judiciary Committee, Iowa Republican Sen. Chuck Grassley, has likewise shown his interest in judicial deference in environmental cases, as when he pressed Justice Sonia Sotomayor during her 2009 confirmation hearing about her decision as an appellate judge to overturn a Bush administration environmental rule.

"If you are elevated to the Supreme Court, do you intend to replace an agency’s policy decisions with your own personal policy opinions?" Grassley asked.

"No, sir," Sotomayor said, in what is a nominee’s only acceptable answer to the inevitable question.

Feinstein is also likely to press Trump’s nominee about citizens’ standing to file environmental lawsuits, as when she noted to Kagan the fact that "with many environmental statutes, such as the Clean Water Act and the Endangered Species Act, Congress has included provisions permitting citizens or citizen groups to bring lawsuits to redress violations of the law."

At Justice Neil Gorsuch’s confirmation hearings last year, deference played a big role because of a concurring opinion that Gorsuch penned while a judge on the 10th U.S. Circuit Court of Appeals (E&E Daily, March 23, 2017).

In the August 2016 missive, Gorsuch questioned the need for the Chevron doctrine, under which courts defer to federal agencies when Congress has been silent or ambiguous on a topic. Agencies often win environmental law cases by citing Chevron.

During the four-day hearing in March 2017, Democrats peppered Gorsuch with questions over his Chevron views, while Republicans jumped to Gorsuch’s defense and expressed support for limiting the doctrine’s reach.

Chevron could play a role in the next confirmation hearings, as several of the potential nominees on President Trump’s shortlist have also expressed concerns with the doctrine.

Kennedy himself injected fresh life into the debate over Chevron’s future last week with a concurring opinion stating his concern with the way the doctrine "has come to be understood and applied."

While they’ll be diving into the environmental records of Kennedy’s potential replacement most closely, greens’ concerns are not likely to be limited to just environmental issues.

In a statement yesterday after the retirement announcement, for example, the Sierra Club ticked off a laundry list of progressive aims, including voting rights and protections for women, workers, the LGBTQ community and minorities (E&E News PM, June 27).