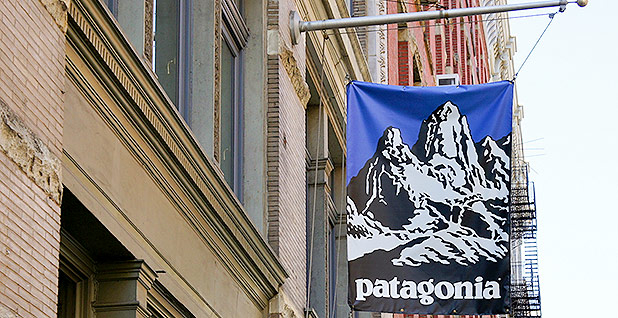 Patagonia escalated its political activism today with a new program that could expand its ongoing fights with the Interior Department. Yukiko Matsuoka/Flickr

Patagonia is escalating its political and civic activism with a new program unveiled today that could continue to pit the famed outdoor clothing company against congressional Republicans and the Trump administration’s Interior Department.

Citing "this time of unprecedented threats," the company has set up an online platform called Patagonia Action Works that’s billed as a way for people to find environmental nonprofits based on issues and locations. It also provides links for grass-roots organizations to apply for funding.

"If you’ve been paying attention, you’ll know that things aren’t going very well for the planet," Patagonia founder Yvon Chouinard said in a video. "It’s pretty easy to get depressed about it. I’ve always known that the cure for depression is action."

Ominous video images of shadows appearing to fall across Bears Ears National Monument in Utah underscore the company’s message, along with a stark shot of President Trump and rousing scenes of demonstrators carrying signs with messages like "Stop the Monumental Mistake."

The fast-loading Patagonia Action Works platform invites users to plug in a particular city. Typing Sacramento, for instance, yields clickable links to groups including Friends of the River and Save Mount Diablo and notices for events like a World Wetlands Day celebration in Oakland.

The company is already battling the administration in court, joining environmental groups and others in a lawsuit filed last December challenging the president’s decision to shrink Bears Ears by 85 percent (Greenwire, Dec. 7, 2017).

The lawsuit, filed in U.S. District Court in Washington, D.C., contends that only Congress has the authority to diminish or undo national monuments. The opposing sides are currently tussling over whether outside groups including the Utah Foundation for North American Wild Sheep can intervene in the case.

"The reinstatement of the original Bears Ears National Monument would severely restrict the Foundation’s members from accessing public lands in Southern Utah," the foundation’s president, Travis Jenson, stated in a declaration.

Patagonia and the other plaintiffs are also fighting against a Justice Department proposal to move the case to Utah, where other suits have been filed, and take it out of Washington, D.C., where it’s being heard by an Obama administration-appointed judge.

"Let’s talk about Bears Ears. You’ve got companies involved, like Patagonia, made in China," Zinke told conservative talk show host Dana Loesch last month. "They manufacture things overseas, slave labor nearly. If they’re so concerned about the environment, why don’t they … bring it back [to the United States]?"

The company has said on its blog that its "social responsibility audits in 2011 revealed some red flags" about labor conditions in Taiwan and that it "became clear to us that we needed to make significant changes."

Congressional Republicans, too, have fired back at Patagonia. Rep. Rob Bishop (R-Utah) charged in a letter earlier this year that the company’s views on public lands issues "reveal an approach to corporate activism derived from within a limited ideological bubble" (E&E Daily, Jan. 8).

The company has Capitol Hill allies of its own, with Sen. Michael Bennet (D-Colo.) and Rep. Beto O’Rourke (D-Texas) scheduled to appear at a March 6 event touting Patagonia Action Works in Washington, D.C.

Still, the new Patagonia Action Works platform goes beyond power politics. A search under Bishop’s hometown of Brigham City, for instance, yields connections to groups such as Bike Utah and events like a "fix-it clinic" sponsored by the Utah Recycling Alliance.

"If we could connect our community, friends and customers directly with local groups working on issues they are passionate about, suddenly these organizations would have the capacity to achieve even more," Lisa Pike Sheehy, Patagonia’s vice president of environmental activism, said in a statement.