Payments or fines: How Dems’ CES would affect utilities 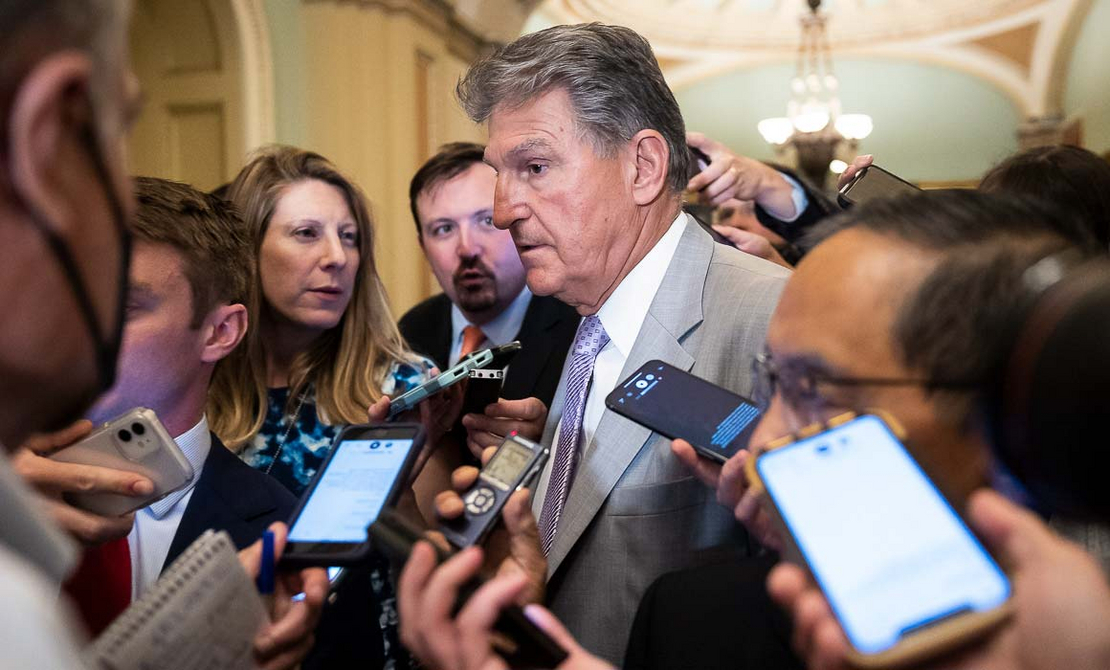 Democratic senators agreed in principle yesterday to include a clean electricity standard as part of a sweeping $3.5 trillion budget package, providing a political pathway for passage of President Biden’s signature carbon-cutting policy.

The announcement represents a significant win for climate hawks, who were left deflated after the bipartisan infrastructure deal negotiated by Biden and moderate senators from both parties was shorn of many of its climate provisions.

But the proposal faces a series of serious political obstacles. Some progressive environmental groups want to see a standard phase out the use of fossil fuels while moderate senators and utilities believe fossil fuels remain important for ensuring the affordability and reliability of the grid.

Details of the standard must be finalized by congressional negotiators. But the broad contours outlined by proponents would amount to an ambitious new approach to cutting greenhouse gas emissions in America.

Instead of requiring that utilities generate a certain amount of electricity from clean sources — as many states do today — the federal standard would provide direct financial payments to utilities to produce clean electricity. It also would fine those that failed to keep up the pace of carbon reductions.

The change owes to the political realities of the Senate, where Democrats cling to a 50-50 majority by virtue of Vice President Kamala Harris’ tie-breaking vote. Without 10 Republican votes needed to break a filibuster, the only way Democrats can pass a clean electricity standard is via budget reconciliation.

“This is a budget-based strategy as opposed to a regulatory-based strategy,” said Sen. Tina Smith, a Minnesota Democrat who has emerged as the champion for a clean electricity standard in Congress.

But, she added, “the goals are the same.”

Notably, the standard is technology neutral — meaning nuclear facilities and fossil fuel power plants equipped with carbon capture and sequestration could qualify for clean energy payments, alongside renewables such as wind and solar. Proponents said that approach would provide utilities with flexibility to green the grid while ensuring reliability and affordability.

But some progressives said the accommodation for carbon capture and sequestration throws a lifeline to fossil fuels. Using carbon capture would provide “false justification” for political leaders to give in to the interests of the fossil fuel industry and lock in energy infrastructure for decades, said Seth Gladstone, spokesman for Food & Water Watch.

Jean Su, energy justice director for the Center for Biological Diversity, said a radical shift away from fossil fuels is important for communities long burdened by pollution from fossil fuel energy infrastructure.

The United States “can’t afford perpetuating a racist and dirty energy system,” she said. “Carbon capture and storage is an unproven and very costly technology that would put leak-prone pipelines and infrastructure in the same front-line communities of color already overburdened by pollution and energy burdens.”

Utilities, meanwhile, have signaled they are willing to support a clean electricity standard provided it is technology neutral and makes some accommodation to natural gas.

Those aims were echoed by Sen. Joe Manchin, the influential conservative Democrat from West Virginia. He voiced concerns about phasing out fossil fuels almost as soon as Democratic senators announced that a clean electricity standard would be included in the budget deal.

“I told them that I was concerned about some of the language I’ve seen that moves away from fossil,” Manchin told The Washington Post. “I said, ‘You move our country away from fossil, and there won’t be another country who will step to the plate to do the research and development that will fix the emissions that are coming from fossil right now.’ So that’s, they know where I stand, and we’re going to sit down and work through it.”

Smith acknowledged the political obstacles in a call yesterday with reporters. Lawmakers now have to draw up the details to determine “how this clean electricity standard will fit into the broader framework and do that in a way that gets to 50 votes,” she said.

But she expressed confidence a deal on a clean electricity standard would be struck, noting progressives such as independent Sen. Bernie Sanders of Vermont and moderates such as Sen. Mark Warner of Virginia had agreed to include the standard as part of a wider budget deal.

Climate advocates applauded the news. Key questions remain about the size of the payments and penalties in the standard, but “it seems like it is all pointing in the right direction,” said Robbie Orvis, who leads policy design at Energy Innovation, a think tank that favors a transition to clean electricity sources.

“Decarbonizing the electricity sector is the key to decarbonizing the whole economy because so much of the economy needs to be electrified to cut emissions,” he said. “Getting into place a technology neutral standard that can significantly cut emissions in a short time frame is really important.”

States have long looked to renewable portfolio standards to require utilities to generate growing amounts of electricity from sources like wind and solar. Thirty states employ now a RPS. Some, like New York, New Mexico and Washington state, have committed to eliminating emissions from power plants entirely.

Smith’s proposal would pay or penalize utilities based on how much renewable energy they add on an annual basis. President Biden has targeted 100% zero carbon electricity by 2035.

The advantages of the approach are several, said Jesse Jenkins, a Princeton University professor who studies energy systems and provided input on Smith’s plan.

The traditional RPS model places the cost on ratepayers, a policy that can put a disproportionate impact on poor households to finance the energy transition via their electricity bills. The federal government paying utilities to clean up puts more of the burden on more affluent households because the federal tax code is more progressive, Jenkins said.

At the same time, Smith’s plan provides more flexibility to utilities, which often have varying degrees on low carbon electricity generation depending on the availability of resources locally.

Utilities in the Pacific Northwest, for instance, have large amounts of hydropower and relatively low carbon systems while power companies in parts of the South and Midwest often rely on coal.

Under a traditional regulatory approach, all those utilities would be required to reach a certain threshold for clean generation, leaving the coal reliant power companies facing a steeper climb to meet the government’s requirements.

In the budget model, payments or penalties are assessed on utilities’ ability to install a set amount of renewable energy every year.

That method essentially ensures larger amounts of zero-carbon electricity are brought online, but it would not penalize utilities that are starting with less clean power on their systems.

“You start the race where you’re at, and you run at the same pace,” Jenkins said.

The budget approach has one more advantage: It is designed to pass via the reconciliation process.

“This is a set of financial incentives that are consistent with budget reconciliation and provide the monetary reward to utilities to achieve the same type of goals that a CES would,” Jenkins said.

Earlier this year, Biden committed to cutting U.S. emissions 50%-52% of 2005 levels by 2030. America is unlikely to hit those targets unless roughly 80% of its electricity generation comes from zero-carbon sources by the end of the decade, Jenkins said. Passing a clean electricity standard would be a big step toward meeting those targets. But pursuing a technology-neutral pathway helps address concerns like the ones raised by Manchin, he said.