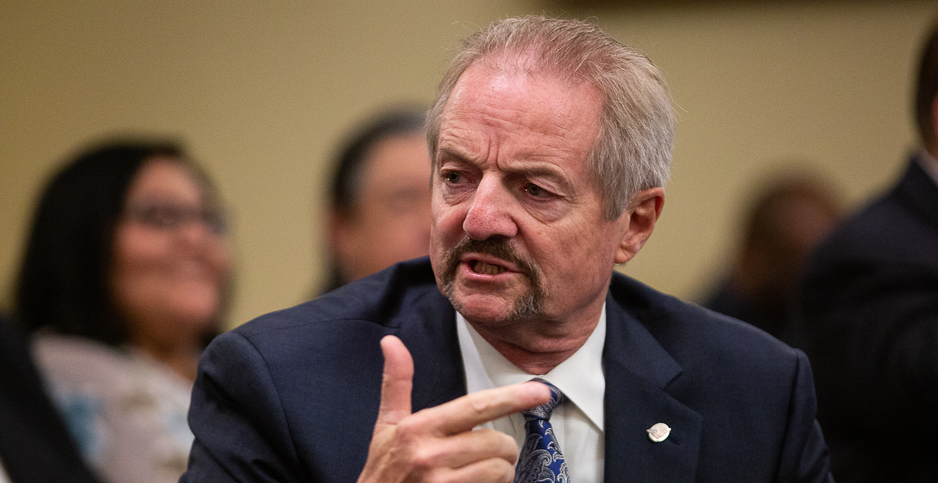 Count William Perry Pendley among those blaming renewable energy for the disastrous blackouts this week in Texas that left millions of people without power in the Lone Star State.

Pendley, BLM’s top official during the last 18 months of the Trump administration, issued a series of tweets from his @Sagebrush_Rebel Twitter handle this week supporting critics who blame the Texas blackouts on freezing wind turbines and increased reliance on renewable energy.

The Electric Reliability Council of Texas, or ERCOT, which operates the state’s independent power grid, has said that roughly 60% of the offline power was from natural gas, coal and nuclear sources. The rest was wind and solar.

Among other things, Pendley retweeted a link to an editorial from The Wall Street Journal that stated: "The problem is Texas’s overreliance on wind power that has left the grid more vulnerable to bad weather. Half of wind turbines froze last week, causing wind’s share of electricity to plunge to 8% from 42%."

It’s not the only example of Pendley — a conservative lawyer who as BLM’s de facto acting director helped lead the Trump administration’s push to increase oil and gas development on federal lands — blaming renewables for the power outages in Texas.

A couple of days earlier he retweeted a post from the Texas Public Policy Foundation, a nonprofit free enterprise think tank, that blamed the power outages on a dwindling "supply buffer" of electricity, and a power grid that is "depending more and more on weather-dependent renewable energy that repeatedly fails to perform when we need it most."

Pendley’s comments are part of a growing national debate over the reason for the blackouts and the failure of Texas’ power grid that left more than 4 million people in the dark during subfreezing temperatures.

Republican leaders this week have argued that the blame falls on the failure of renewable energy resources, namely wind power turbines that supposedly froze.

The Biden administration has pushed back, calling such claims false (Energywire, Feb. 18).

"Numerous reports have actually shown the contrary, that it was failures in coal and natural gas that contributed to the state’s power shortages," White House spokeswoman Jen Psaki said during a recent press briefing.

The information from ERCOT and others has not stopped the onslaught of criticism.

Pendley — a prolific social media presence who was sharply criticized as BLM’s top official for past tweets ripping the Endangered Species Act and linking to op-eds he wrote supporting selling public lands and disparaging the Black Lives Matter movement — stopped tweeting when he was appointed the bureau’s deputy director of policy and programs in July 2019.

He has resumed his social media activity with a vengeance since leaving BLM last month.

Among his tweets this week is the retweet of a post from Alex Epstein, the founder of the Center for Industrial Progress.

Pendley agreed with that assessment.

"Prove him wrong," he wrote.