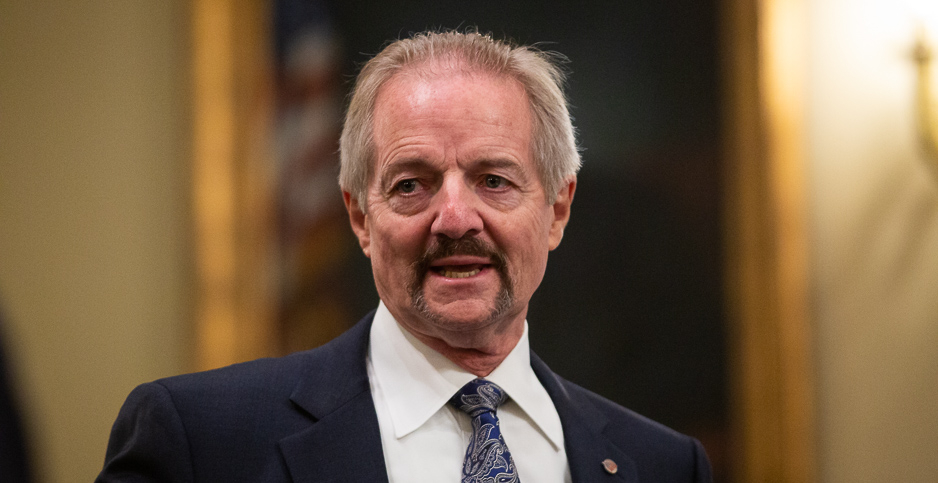 Interior Secretary David Bernhardt’s decision to keep William Perry Pendley as acting chief of the Bureau of Land Management has raised questions about Pendley’s future and, as expected, sparked criticism from Democrats.

"Only this administration would allow someone like Mr. Pendley — who has spent his entire career advocating for the wide spread sale of public lands — to lead an agency responsible for maintaining our nation’s public lands, and fail to put forward a permanent nominee for such a vital position," Bennet said.

What happens next, however, is not clear.

Bernhardt could simply keep Pendley — who is also BLM’s deputy director of policy and programs — in as acting chief, potentially indefinitely. That was the case with Brian Steed, who like Pendley had never worked at BLM when former Interior Secretary Ryan Zinke in 2017 appointed Steed deputy director of policy and programs (Greenwire, Oct. 4, 2017).

Steed, like Pendley, was later given the additional title of "exercising authority of the bureau director," which he held for more than a year until leaving BLM in June for a Cabinet-level position in Utah Republican Gov. Gary Herbert’s administration.

President Trump could also nominate Pendley to the Senate-confirmed position.

Within hours of Bernhardt signing the secretarial order that extended MacGregor’s acting stint, along with Pendley’s tenure as "exercising the authority of the director" through Jan. 3, Trump formally nominated MacGregor to the position for Senate confirmation.

Interior and BLM sources have told E&E News for several weeks that the White House is exploring nominating Pendley for BLM director, and that Pendley had undergone a formal background check in anticipation of a nomination. It’s not clear whether a nomination is coming, as sources say Bernhardt is not sold on Pendley, though the secretary has privately defended the acting chief to congressional Democrats and other critics.

New Mexico Sen. Martin Heinrich (D), who is adamantly opposed to Pendley leading BLM even on a temporary basis, told E&E News last week that a formal nomination would be the right thing to do given the controversy surrounding Pendley.

"That’s the appropriate move," Heinrich said, "because then we can have that conversation in public with him, with the American people."

There are lawmakers who support Pendley, particularly in his home state of Wyoming. Rep. Liz Cheney (R-Wyo.), along with Wyoming Republican Sens. John Barrasso and Mike Enzi, have publicly endorsed Pendley.

Heinrich added: "I think that it would be very interesting to see what some of my colleagues from the West, how they would respond to this nomination. Senators from places like Montana and Colorado and Arizona."

Casey Hammond, Interior’s principal deputy assistant secretary for land and minerals management, who served a two-month stint as acting BLM director immediately prior to Pendley, wrote in a letter sent Friday to Bennet that Pendley "has done an admirable job leading the BLM" on an temporary basis.

Hammond added that Pendley "has shown that he is both well-suited and uniquely qualified to perform this important leadership role as we await the nomination of a permanent Bureau Director."

But others are opposed.

Among them is Tester, who in an Aug. 7 letter sent to Pendley expressed "deep concerns with your vision of public land management and your recent appointment to lead the Bureau of Land Management without Senate confirmation."

Tester’s letter was sent about a week after Bernhardt signed a secretarial order in July granting Pendley the authority to perform all "functions, duties and responsibilities" of BLM director on a temporary basis through yesterday (E&E News PM, July 29).

"A man who has spent his entire career calling for the sale of our public lands should not be in charge of them, plain and simple," Tester said in an emailed statement sent today to E&E News. "His dangerous zealotry puts Montana’s $7 billion recreation industry and outdoor way of life at risk. William Pendley has absolutely no business running the Bureau of Land Management, and he should be replaced immediately."