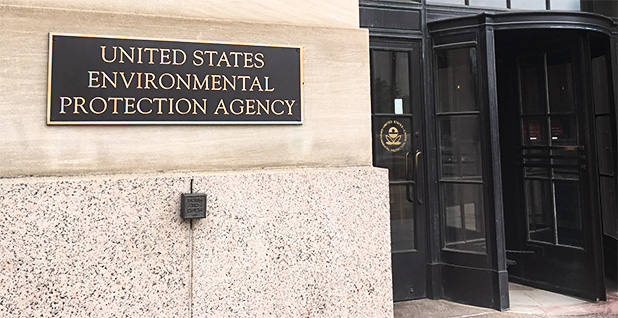 Add the Defense Department to the ranks of those expressing concern about EPA’s plans to restrict the use of scientific research in writing new regulations.

"While we agree that public access to information is very important, we do not believe that failure of the agency to obtain a publication’s underlying data from an author external to the agency should negate its use," Patricia Underwood, a senior Pentagon official in the Office of the Assistant Secretary of Defense for Energy, Installations and Environment, wrote in recent comments on the EPA proposal.

Because it’s "improbable" EPA would always be able to obtain such underlying data, Underwood added, "this should not impede the use of otherwise high-quality studies."

The proposed rule — "Strengthening Transparency in Regulatory Science" — would generally limit EPA to using studies for which the underlying research data "are publicly available in a manner sufficient for independent validation," according to the text.

In unveiling the plan this spring, then-EPA Administrator Scott Pruitt touted it as a confidence booster in agency decisionmaking.

Critics view that premise as a smokescreen for thwarting consideration of research that would help justify stricter regulations.

In an interview last month, Wheeler told E&E News he would take "a hard look" at the proposal but added that he believed "the more information we put out to the public as far as what we’re basing our regulations on, the better our regulations will be" (Greenwire, July 13).

The Defense Department, the largest federal agency when measured by its budget and the size of its civilian workforce, is also a prime sponsor of scientific research.

Underwood’s comments were among more than a half-million that EPA received on the proposed rule by an Aug. 16 deadline; they were added late last week to the online docket on the Regulations.gov website.

Under the draft rule, the EPA administrator could grant exceptions to the data access requirements under specified conditions.

Alongside a host of more technical concerns with the draft rule, Underwood urged EPA to allow for such exemptions when "underlying study data may be difficult to obtain from authors outside the agency."

She also suggested that EPA "grandfather" existing analyses unless those studies "are being updated or challenged."