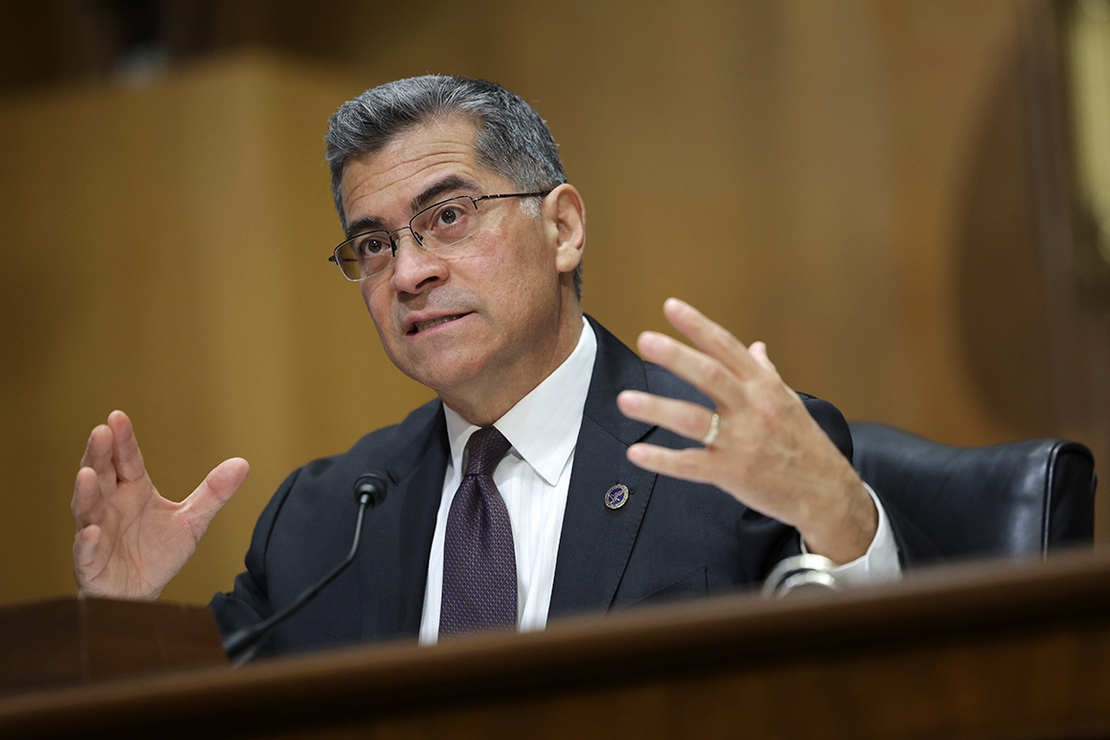 The exchange started when House Committee on Education and Labor member Glenn Grothman (R-Wis.) asked Becerra about the bureau. Grothman said, “Can you explain what that means?”

Becerra explained that communities across our country “are suffering ill health many times driven by the fact that the climate has exacerbated conditions.”

The secretary mentioned drought-stricken communities without access to clean drinking water, and people unable to pay their heating bills in areas that are now colder than they used to be.

“Climate had affected everything including our health,” Becerra said. “We have an office that tries to protect people’s health, and one of the ways we can do that also takes into account the effects of climate change.”

Grothman pushed further, again picking on Becerra’s response that “you have problems in communities because the communities are too cold?”

Becerra said, “People are dying in some of these communities because they don’t have access to clean drinking water, people are dying because they can’t afford to keep the heat on in their apartment. People are dying. We don’t want people to die — that’s a bad health condition if you die. We want to make sure we do everything to address it, including the effects of climate.”

The Office of Climate Change and Health Equity was established last summer (Climatewire, Sept. 13, 2021). It has a total of eight staff members, most of whom are working there on detail from other parts of HHS.

That’s because Congress rejected the Biden administration’s $6 million budget request to fund the office in fiscal 2022. The administration has repeated that request in its most recent budget proposal.

The exchange about the office began after Grothman asked Becerra if HHS has “a new payment model for physicians who implement anti-racism in their care plans.” When Becerra replied that he needed more details “so I understand what your question relates to,” Grothman brought up the Office of Climate Change and Health Equity.

After Becerra’s comments about how climate change impacts health, Grothman continued to question Becerra about the phrase “health equity,” asking him to explain what it means.

“Fairness and inclusion,” Becerra said. “We found out through Covid especially how we have gaps in our system where there are communities that are left out completely, individuals falling into black holes when it comes to care.”

“I don’t understand what you mean by left out,” Grothman said.

Becerra responded by asking Grothman if he knows of people in his district that do not have health coverage.

When Grothman replied that, “I think everywhere people go to the hospital, the hospitals complain because they have to take care of people who aren’t reimbursed” but that Medicaid covers those people, Becerra responded, “I’m sure you have poverty in your district, congressman. Have you walked through your district?”

When Grothman responded yes, Becerra concluded, “Then you should understand what it means to have health equity, so those folks aren’t left behind.”

This isn’t the first time Grothman has complained about a Biden administrative initiative aimed at addressing environmental injustice. He has previously accused the administration of stoking racial divisions with its Justice40 plan to set aside at least 40 percent of climate spending for historically disadvantaged communities (Greenwire, Sept. 3, 2021).

In September, he said the policy was “trying to divide people or say when we dole things out it should be race-based.”