‘People are still going to fly.’ Are offsets the answer? 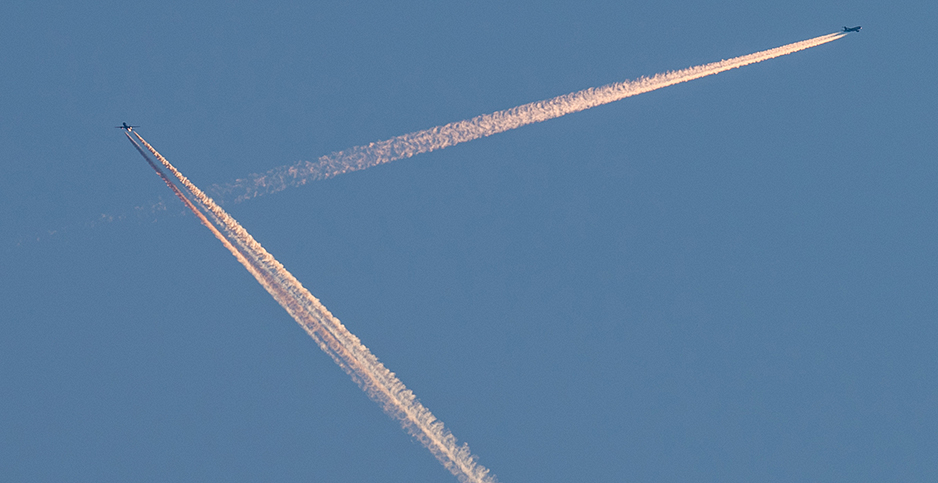 The "flight shame" movement is leading to a boom in carbon offsets. Patrick Pleul/dpa/picture-alliance/Newscom

As concern about the climate impact of air travel grows, more people are choosing to offset their flight emissions. But some experts sharply question the benefits of the practice.

A new movement called "flight shame" encourages people to take fewer plane trips out of concern for climate change. The movement has sparked a dramatic rise in issuances of carbon offsets (Climatewire, Aug. 12).

Carbon offsets are certificates that passengers can purchase on top of their ticket. They ensure that passengers are supporting projects that reduce greenhouse gas emissions — whether they involve planting trees, preventing deforestation, installing solar panels or wind turbines, or handing out cleaner cooking stoves.

Executives at carbon offset firms say the nascent industry has become increasingly regulated in recent years. That has led to the adoption of rigorous standards aimed at ensuring the permanence of emissions cuts.

But experts in clean transportation say purchasing carbon offsets for flights is an easy way out. They say it allows people to continue pumping large quantities of greenhouse gases into the atmosphere — without the associated feeling of guilt.

"I concluded a while ago that [carbon offsets] are just a way of salving your guilty conscience," said Andrew Scott, head of the climate and energy program at the Overseas Development Institute.

"I think a lot of offsets aren’t worth the paper that they’re written on," said Lucy Gilliam, aviation and shipping campaigner at Transport & Environment, Europe’s leading clean transportation campaign group.

"I mean, the Amazon is burning right now," Gilliam said. "There are probably some [forestry] offsets in there that are up in flames. And that’s the problem with offsets. You can’t guarantee that the carbon that’s taken out of the atmosphere is going to stay that way."

A recent investigation by ProPublica found that many forestry preservation offsets in Brazil were not reducing emissions as intended.

The investigation looked at a project that began selling offsets in 2013 to protect a remote forest in western Brazil. Using satellite imagery, it found that only half of the project areas had actually been forested.

"If the world were graded on the historic reliability of carbon offsets, the result would be a solid F," the piece concluded.

A 2016 report by the European Commission also questioned the success of the Clean Development Mechanism, which resulted from the 1997 Kyoto Protocol and remains the largest carbon offset program in the world.

The report analyzed whether the offsets in the program were "additional," meaning that they led to emissions reductions that would not have happened otherwise. It found that only 7% of the offsets were additional and not overestimated.

In practical terms, that means people who bought offsets to support the construction of a solar farm had less impact than they thought. The solar farm would have been built anyway, regardless of their actions.

"There’s a lot of controversy over offsets — there are a lot of concerns about additionality," said Dan Rutherford, program director at the International Council on Clean Transportation.

‘There are some standards’

Executives at carbon offset firms fiercely reject the notion that their emissions reductions are not guaranteed to last.

"The industry now is pretty regulated. There are some standards," said John Buckley, managing director of Carbon Footprint Ltd., which provides offsets as well as consulting services to companies seeking to reduce their emissions.

Verra, a nonprofit headquartered in Washington, D.C., administers the world’s largest voluntary program for the certification of carbon offsets. The nonprofit requires a third party to audit projects, lists all projects in an online database and maintains a pool of extra "buffer credits."

"We provide a set of rules that give investors and consumers confidence that they’re getting a real reduction of greenhouse gases going into the atmosphere," said Verra CEO David Antonioli.

"If you’re going to purchase an offset for the emissions from your flight, presumably you want to have confidence that your money is going toward something that’s actually going to make a difference," he said.

In its online database, Verra lists 19 forestry projects in Brazil. Four are located in the Amazon rainforest, where wildfires continue to rage.

Asked about the impact of the fires, Antonioli said in a follow-up email to E&E News that the buffer credits would mitigate any unintended emissions increases.

"When reversals occur (e.g., in case of a forest fire), these buffer credits are cancelled to ensure that issued credits still represent real emission reductions," he said.

More broadly, proponents of carbon offsets say it’s important to face the reality that air travel isn’t going away anytime soon. Airline passenger numbers are projected to double by 2037, according to the International Air Transport Association.

"To be perfectly clear, not flying is better than flying," Buckley said. "However, you’ve got to be pragmatic and live in the real world. People are still going to fly. So the best thing to do is to offset it."

Regardless of the debate over carbon offsets, one thing is clear: The flight shame movement has fueled a surge in their popularity.

As the movement gained momentum over the last couple of years, Verra saw a dramatic increase in offset issuances, according to data the nonprofit provided to E&E News.

In 2017, Verra issued nearly 44 million offsets. This year, that figure jumped to 49.5 million. And by the end of this year, Verra projects that it will soar to 106 million.

Myclimate, a Swiss nonprofit whose clients include the airline Deutsche Lufthansa AG, also reported a 400% increase in issuances of credits in the first six months of this year.

"Just last year, we had just three companies calling us. Now, we get three or four calls per day," said Kai Landwehr, head of marketing at Myclimate.

Gilliam, the campaigner with Transport & Environment, said critics of carbon offsets shouldn’t despair at this trend. She said the flight shame movement will also likely spur interest in other ways of reducing flight emissions, such as taxing aviation fuel.

In much of Europe, jet fuel is taxed, similar to gasoline and diesel for automobiles. That raises the price of plane tickets, providing a financial incentive for people to take the train. But jet fuel goes mostly untaxed in the United States, which has historically prioritized cars and highways over investments in trains and public transit.

"Not only do we need to think about aviation’s impact, but we also need to remove the subsidies that exist for aviation," Gilliam said. "At the end of the day, we need to have fair pricing between the different modes of transport."

Joanne Ivancic, executive director of Advanced Biofuels USA, said alternative fuels also have an important role to play. Alternative jet fuel made from vegetable oil, algae or even used diapers could cut carbon pollution from planes by more than 60%, according to the group.

The flight shame movement makes it "a good time to mention how renewable fuels could cut the carbon footprint (and other pollution) of flying," Ivancic said in an email.