Perils mount in the South: ‘We are in uncharted territory’ 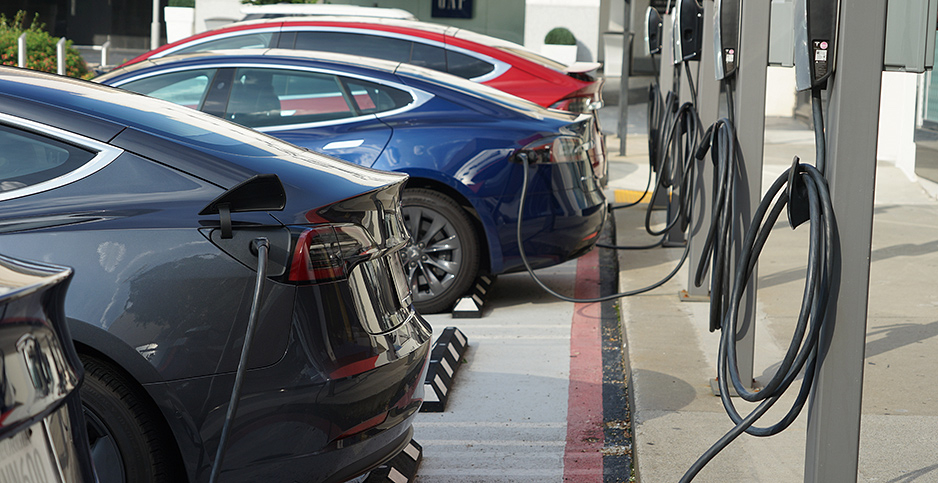 ATLANTA — The Southeast may be emerging as a hot spot for producing electric vehicles, but experts warn the region could fall behind in adopting the technology if state policymaking doesn’t keep up.

Despite the states’ robust auto industry and politically savvy electric companies, the region has not done enough to boost transportation electrification, experts said at a conference here recently.

The challenge in part is that state utility regulators are entering an unfamiliar world of vetting and approving programs that could spur widespread charging infrastructure, a key part in getting more EVs on the road. What’s more, public service commissioners will have to work with a whole group of new faces from a massive industry they don’t even regulate — automotive.

The outcome could have far-reaching implications both regionally and nationally. More than a third of the greenhouse gas emissions in the southeastern U.S. are tied to transportation, according to Bloomberg New Energy Finance. And electrifying the sector could reduce reliance on petroleum.

"The biggest risk in the Southeast is that we’re not moving fast enough," said Lang Reynolds, electric transportation manager for Duke Energy Corp. "The risk that’s being ignored is the risk of not doing anything."

Brandon Presley, a Mississippi regulator and the president of the National Association of Regulatory Utility Commissioners (NARUC), said the Southeast is ripe for growth in EVs given the number of auto manufacturers based here.

But he also noted the challenges both regulators and industry face. Late last year, NARUC released a document on electric transportation sector trends and guidelines for regulators to consider, laying out issues that may emerge as the sector starts to mature.

The EV industry, Presley said, is going to look to states for guidance, and it’s up to those states to create policies nimble enough to fit a changing market.

"We are in uncharted territory; we know it’s a question that regulators are going to be facing," he said in a recent interview with E&E News. "You are looking at building a transportation infrastructure even though it’s not asphalt and gravel. It’s wires and electrons."

Here’s a look at challenges and opportunities the EV industry is facing in the Southeast:

Inaction in Washington has forced states to take the lead on policies aimed at boosting EV use. That’s led to a patchwork of state approaches moving at different speeds — with varying degrees of success for EV developers.

Congress failed to pass a measure that would expand the EV tax credit beyond a 200,000-vehicle cap for individual automakers. Market leaders Tesla Inc. and General Motors Co. have hit this threshold, and others are closing in. This means buyers of plug-in hybrids or EVs can’t take advantage of up to $7,500 after filing their tax returns.

"If Washington could get its act together on a tax credit, it would cost people less," said Nick Nigro, founder of Atlas Public Policy, based in Washington.

Democrats have vowed to try again, but the measure faces backlash from the Trump White House, which wants to eliminate the incentive.

"States are responding in absence of Washington," Nigro said.

Nigro tossed out two figures — $1.3 billion and $1.4 billion — to back up his statement. The first number is the amount state utility regulators have approved for electric company capital investments in EV infrastructure. The second is what’s pending in open dockets.

What’s more, 10 states have followed California’s lead for low-emission and zero-emission vehicles (ZEVs). None of these states is in the Southeast, but one governor in the region has set lofty goals for EVs.

North Carolina Gov. Roy Cooper (D) has called for at least 80,000 ZEVs on the roads by 2025 as part of his executive order to make the Tar Heel State greener and more resilient to extreme weather. The state’s energy plan calls for a 70% reduction in emissions by 2030 relative to 2005 levels, on the way to reaching carbon neutrality by 2050.

Other legislatures and public service commissions in the Southeast are studying ways to expand EV infrastructure, particularly public charging stations.

But what works in one state may not be successful in the neighboring one, he said. This means everyone from policymakers to electric companies to EV boosters must be open to different approaches.

Kentucky Public Service Commissioner Talina Mathews sees parallels between the electrification of the Southeast’s transportation sector and the arrival of broadband internet.

Like EVs, broadband presented regulators with a new, complicated set of entities to understand outside the traditional industry parameters, Mathews said at the conference, "The Future of Electric Transportation," held at Georgia Tech’s Strategic Energy Institute. And the arrival of both new industries brought with them players from the private sector not used to dealing with regulators and vice versa.

Mathews said the only time an auto industry executive visits the PSC is when there’s a potential for electricity rates to go up. "I’ve never seen an automobile manufacturer before the commission," Mathews said.

The learning curve has also been steep for EV developers, including electric companies used to cut-and-dry procedures where they ask for — and usually receive — permission to bill their customers for the capital investments they make. But that model doesn’t always translate to new technologies.

"Utilities would be happy to build out the infrastructure if they can be sure they will get recovery," said Paul Patterson, a utility analyst with Glenrock Associates LLC.

EVs are facing a roadblock similar to that of rooftop solar in that there are so few customers. In many states, regulators or PSC staffs are hesitant to approve EV expansion programs if they can’t make a clear distinction that all customers are benefiting.

That problem is especially poignant in the Southeast, where much of the region is rural and low income. The perception that EVs are for the rich in metropolitan areas is strong. "My challenge is always, how can I help the poorest of the poor afford electricity?" Mathews said.

Duke’s Reynolds said he’s fielded questions from regulators including whether the chargers are going to be obsolete in five years and when automakers will put more electric cars on the road.

Duke has five EV-related dockets at PSCs across its territory and is using pilot programs to get into the market. Reynolds said it’s important for regulators to approve pilots even if they aren’t perfect because inaction is worse.

A pilot program may reflect the way a company thinks the market is going, but that may not be where it ends up, he said.

"It’s really important to learn by doing and really get these programs in the market sooner rather than later," he said.

As regulators grapple with new EV policies, states are tackling a bigger issue — paying for roads, bridges and other infrastructure.

State lawmakers argue that the answer to declining gas taxes is to tack on fees for electric vehicles. But with EVs barely making a dent in the roads, industry supporters say it’s the wrong turn to make.

"Blaming our infrastructure issue on 1% is not the right way to go, this is a larger problem," said Jim Chen, vice president of public policy for startup Rivian, maker of the R1T.

In June 2015, the Republican-controlled Georgia General Assembly passed legislation eliminating one of the nation’s most generous state lures for EV purchases, a $5,000 tax credit, and imposed a $200 registration fee for EV owners.

Before that bill, Georgia was second only to California in state EV sales and had 25,000 electric cars on its roads, many of which were clustered in Atlanta.

"Georgia used to have one of the best EV rebates out there," Chen said. "Maybe it doesn’t need to be that rich, but [there should be] something to help the cost."

Lawmakers want to reinstate a $2,500 tax credit, which may be tough to do after the governor has ordered agency budget cuts and a cap on state spending.

One Florida state senator has proposed a flat fee for EVs but wants to use part of that revenue to build charging stations across the state. Sen. Jeff Brandes, a Republican from St. Petersburg, said he’s doing this with an eye on better preparing the state for emergencies, such as hurricanes.

Roughly a half-dozen EV-related bills have been filed in the Florida Legislature for this session, many of them companions for each chamber. Brandes said he has support from the Senate and House leadership and expects to bills to start moving in each chamber in a week or so.

"This area is a greenfield for the Legislature to get involved in," Brandes told E&E News. "That doesn’t happen a lot."

A Florida House panel moved along a bill Tuesday that calls for a master plan for a statewide charging network. The bill has the support of a wide range of clean energy groups, including Advanced Energy Economy.

"The lack of charging infrastructure is holding back the market for EV growth," AEE lobbyist Melanie Bostick said before the state House Transportation and Infrastructure Subcommittee.