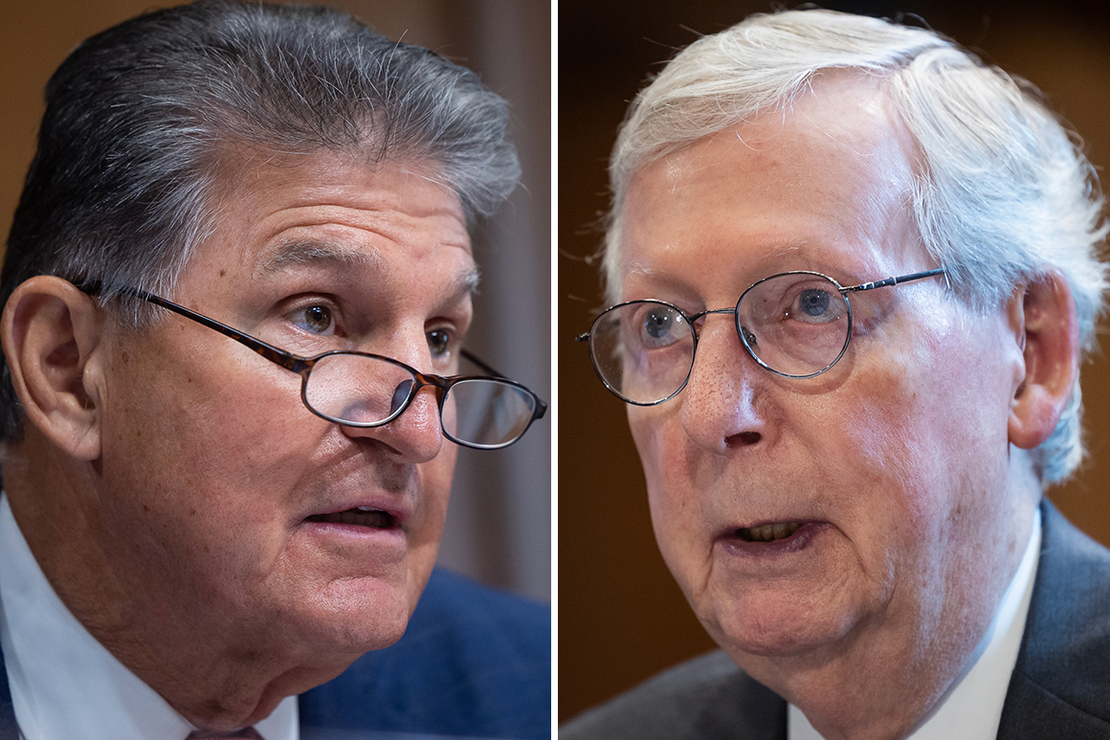 The Senate will take a vote Tuesday evening that could decide the immediate fate of Senate Energy and Natural Resources Chair Joe Manchin’s permitting bill and set the stage for a last-minute fight about government spending.

The West Virginia Democrat has been lobbying fellow lawmakers publicly and in private conversations to support his energy permitting overhaul. He popped up on Sunday shows and published an op-ed in The Wall Street Journal over the weekend blaming “extreme politics” for the current impasse on the legislation.

“What else could possibly explain why any Republican would even consider supporting the same position as [Sen. Bernie Sanders (I-Vt.)] when it comes to energy?” Manchin wrote.

But it’s not clear he’s made much headway whipping the 60 votes he’ll need to clear it in the divided Senate. That’s not to mention the House, where dozens of Democrats say they are staunchly opposed.

One climate hawk, Rep. Sean Casten (D-Ill.), announced Monday night he would support the effort, saying “there is more good than bad in this bill,” while citing transmission deployment.

Government funding expires Friday, so Congress is racing to pass a stopgap bill to keep the government open. The Senate Appropriations Committee released the text of that bill overnight with the latest version of permitting reform attached.

Manchin and Senate Majority Leader Chuck Schumer (D-N.Y.) struck a deal to couple the permitting bill with the spending bill, known as a continuing resolution, as a condition of Manchin’s support in August for the Inflation Reduction Act, Democrats’ massive new climate and tax law.

If the test vote fails Tuesday evening, Democrats may be forced to proceed with a CR that extends government spending until December and includes a handful of supplemental spending requests.

The text released overnight would run through Dec. 16 and includes billions of dollars for wildfire and disaster relief, and $1 billion in new dollars for the Low Income Home Energy Assistance Program, according to a summary.

Most Senate Democrats are likely to back Manchin, but there are a few key holdouts.

Sanders has voiced his displeasure with the permitting bill for weeks. Other progressives, including Sen. Elizabeth Warren (D-Mass.), say they are wary of voting on it as an attachment to the CR.

Sen. Tim Kaine (D-Va.) is vehemently opposed to a provision of the bill that would authorize the Mountain Valley pipeline, a contentious project that would transport natural gas between West Virginia and Virginia (E&E Daily, Sept. 16).

Manchin is a longtime backer of the project, and it’s a major impetus for the permitting bill, which includes provisions to shorten environmental reviews, centralize permitting for transmission and limit judicial scrutiny (E&E Daily, Sept. 22).

“I was not consulted about it,” Kaine said last week. “I will do everything I can to oppose it.”

The latest permitting language does not include reforms to the Clean Water Act Section 401 certification process after members from both sides of the aisle expressed concerns.

That dynamic leaves Manchin in need of more than 10 Republican votes. While the GOP traditionally supports permitting reform, Republicans were furious with Manchin after he helped Democrats pass the Inflation Reduction Act.

Capito introduced her own permitting measure earlier in September, with harder-line provisions codifying Trump-era regulations and support from nearly every other Senate Republican (E&E Daily, Sept. 13).

Many GOP lawmakers are using it as a benchmark, arguing that Manchin’s bill is incremental and not worth voting for in comparison.

Senate Minority Leader Mitch McConnell (R-Ky.) is whipping his party against Manchin’s legislation, according to POLITICO. McConnell last week referred to it as “reform in name only.”

“If our colleagues across the aisle want real permitting reform, Sen. Capito’s fantastic bill only needs Sen. Manchin plus nine more Democrats to clear this chamber,” McConnell said on the floor recently.

“Otherwise,” he said, “it would appear the senior senator from West Virginia traded his vote on a massive liberal boondoggle in exchange for nothing.”

The U.S. Chamber of Commerce offered a tepid endorsement of the bill Monday. The group called for revisions to its transmission provisions and noted that it “isn’t perfect,” but its backing could nonetheless hold sway with some Republican lawmakers.

“Now, there is an opportunity to make more progress, and Congress should take it,” Chamber Executive Vice President and Chief Policy Officer Neil Bradley said in a statement.

“Senator Capito has laid out a blueprint for thorough, impactful permitting reforms that we will continue to work toward. In the meantime, Chairman Manchin has crafted thoughtful legislation that makes material improvements to the permitting process and can pass Congress right now.”

Manchin reiterated Monday that his bill should, in theory, appeal to Republicans.

“If politics get in the way, I’m sorry,” Manchin said on Fox News.

Whatever happens on Manchin’s bill, lawmakers will be scrambling this week, with neither party interested in a government shutdown ahead of the midterm elections.

The spending bill also includes $12.3 billion in response to the war in Ukraine, but generally falls short of the White House’s emergency request, which included money for Covid-19, monkeypox, grid resilience, uranium purchases and the Strategic Petroleum Reserve (Greenwire, Sept. 2).

Both House and Senate Appropriations Committee chairs lamented the omissions and the inclusion of permitting reform legislation, but said passage was necessary to prevent a shutdown.

House Appropriations Chair Rosa DeLauro (D-Conn.) said she was “extremely disappointed that controversial permitting reform is attached and not being considered separately. Despite these shortcomings, the continuing resolution still provides resources critical to our communities and national security.”