Perry loves his job. That could change 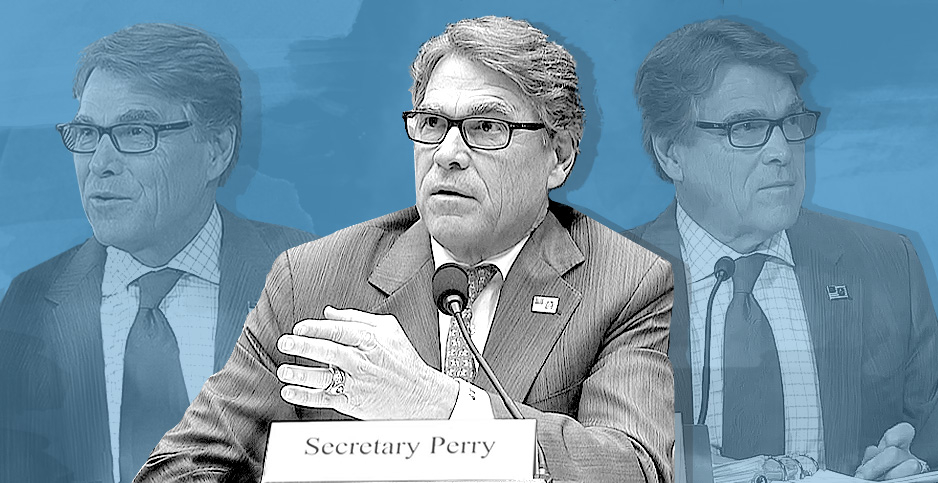 President Trump’s fixation on reviving the coal industry could spell trouble for his energy chief if control of the House changes hands.

Gavel-wielding Democrats in the chamber would likely press Energy Secretary Rick Perry for details about the agency’s unsuccessful proposal to boost coal and nuclear plants in the name of national security.

The likely top investigator: Rep. Frank Pallone of New Jersey, the ranking Democrat on the House Energy and Commerce Committee, who’s poised to chair the panel if Democrats win control of the chamber in next week’s elections.

Unlike the limited oversight DOE officials have experienced in the past two years under Republican leadership, Pallone is expected to dig in, using his authority as chairman to set the committee’s agenda, design the format of oversight hearings, subpoena documents and call in witnesses — including Perry and officials at other energy agencies like the Federal Energy Regulatory Commission.

That’s notable considering that Pallone — even in the committee’s minority — pushed for details surrounding DOE’s "Grid Resiliency Pricing Rule," a policy to boost coal and nuclear that crumbled last year.

He has also vowed to "conduct oversight of President Trump’s efforts to upend competitive electricity markets by providing preferential rates and other subsidies to coal and nuclear generation" (Energywire, Sept. 11).

Pallone, sources say, is also likely to investigate Perry’s and DOE’s relationships with coal executive Bob Murray, who met with the secretary and other DOE officials last year to present a dozen draft executive orders aimed at exiting the Paris climate accord and peeling back coal regulations.

Tyson Slocum, energy program director at the watchdog group Public Citizen, said the document trail of Murray and DOE’s policy proposals is "staggering" and will be the focus of oversight if Democrats lead the House.

"[Perry] hasn’t done these travel-related gaffes," Slocum said, referring to some of the ethics scandals that have dogged Perry’s Cabinet colleagues. "But he has in an unprecedented fashion brought in vested outside interest to help shape major policy initiatives."

Slocum added, "I can guarantee you it’s going to be a focus of oversight and investigations, because Congress needs to play a role here in assisting and overseeing the executive branch."

DOE has defended its meeting with Murray in the past, saying the secretary regularly meets with industry and other stakeholders.

One thing that’s expected to temper scrutiny surrounding the Energy secretary: Perry himself.

Despite being saddled with one of Trump’s most controversial energy policies, the charismatic former governor of Texas has for the most part avoided travel and spending controversies that have plagued his counterparts at EPA and the Interior Department. He’s now widely expected to stay on at the agency through 2020.

In addition to oversight, DOE could also see a new tug-and-pull surrounding its purse strings and a renewed focus on energy efficiency, an area the Trump administration has allowed to languish.

If the Senate remains in GOP hands, a Democratic-controlled House would likely write legislation with much higher numbers for DOE science and applied energy programs than has been the case in recent years. That could create more disconnect between the chambers that would take time to sort out.

Alternatively, it could lead to higher budget numbers overall for energy research, if House figures suddenly surged higher than those in the Senate and the chambers met in the middle.

"It’ll be interesting to watch what happens with the Office of Energy Efficiency and Renewable Energy, in particular," said Ryan Fitzpatrick, an analyst at Third Way. The Trump administration proposed slashing that office by about 70 percent the past two budget cycles. House appropriations legislation would have cut it by about 9 percent and came in at much lower numbers than the Senate, to the protest of Democrats.

The appropriations process could change the dynamic for other issues, as well, in that committee chairs could use it as a lever to push on priorities. Democrats, for instance, have been publicly angry about DOE failing to meet congressional deadlines for multiple efficiency standards.

This morning, Pallone and Reps. Bobby Rush (D-Ill.) and Diana DeGette (D-Colo.) sent a letter to Perry demanding information on the number of efficiency standards that have missed statutory deadlines. They requested all communications between companies and DOE career employees on the issue, and also expressed concern that the Trump administration may move soon to roll back light bulb standards, considering a rule under review by the White House.

"We are deeply concerned that DOE’s failure to fulfill its statutory responsibilities under the [Appliance and Equipment Standards Program] will result in significantly higher costs for consumers, while also increasing greenhouse gas emissions," Pallone, Rush and DeGette wrote.

The Trump administration’s regulatory plan released this month continued to classify regulations for a variety of appliances as "long-term actions" (Greenwire, Oct. 17).

If Democrats wanted to push on that issue or any other, they could threaten to hold back funding for Perry’s priorities on the national labs, supercomputing or coal, said Jeff Navin, who served as DOE’s acting and deputy chief of staff during the Obama administration.

A chairman could say "we’re not going to give you money for this thing until you get moving on the efficiency stuff," Navin said. In the past, threatening to hold a hearing on an issue was sometimes enough to prompt the secretary’s office to pressure DOE branches, he said.

On efficiency, Democratic control would likely halt discussions about moving EPA’s Energy Star program into DOE and about doing a massive overhaul of the underlying law governing DOE’s efficiency rules.

Both ideas were either floated in committee hearings or in documents as part of a larger DOE reorganization process, and are opposed by many environmentalists. One discussion draft would have changed DOE’s mandatory process, where there’s an automatic review of efficiency rules every six years (E&E Daily, March 22).

There’s still discussion of those ideas on the Energy and Commerce Committee, according to sources.

A Democratic win also would upend the House Science, Space and Technology Committee, which many expect would be led by the current ranking member, Rep. Eddie Bernice Johnson (D-Texas).

Considering the points made by Johnson and other Democrats at committee hearings, a power shift would force DOE to spend more time outlining what’s happening with climate change programs and explaining what it’s doing to ensure that scientists are free of political meddling (E&E Daily, Oct. 12).

The science panel oversees many aspects of DOE research funding, and Johnson and other Democrats have repeatedly criticized the Trump administration for proposing budget cuts to renewables and low-carbon technologies.

At a hearing this spring, Johnson said DOE’s fossil investments should focus on eliminating the environmental impacts of its production and use, suggesting she would push against any administration efforts to scale back carbon capture research and shift research dollars toward expansion of traditional coal.

"In the energy space, there seems to be bipartisan support for fossil with [carbon capture and storage], carbon utilization, etc. So legislation reforming DOE’s fossil energy R&D programs is likely to be reintroduced next session and could see movement" with Democratic control, said Colin Cunliff, a clean energy policy analyst at the Information Technology and Innovation Foundation.

In addition to climate change and DOE’s controversial grid policies, energy analyst Rob Rains of Washington Analysis LLC said he suspects Democratic leadership would also look at an attempt during the DOE transition to identify individuals working on climate change.

"That would be pretty high on the agenda," he said. "It was at the time a huge controversy."

Unlike other agencies that have lost high-level political appointees, DOE has remained relatively stable.

Ray Sullivan, a longtime Perry aide who served as his chief of staff, said his former boss over the past few months has expressed his love of the job as DOE chief. "He seems to be very much enjoying the job; he seems to have an excellent reputation among his colleagues in Washington, the energy industry and energy leaders around the world," said Sullivan. "I don’t see him wanting to have a career change at this stage of the game."

Other agencies have been marked by departures and upheaval. This summer, former Oklahoma Attorney General Scott Pruitt resigned from his post as EPA administrator, and speculation this week has skyrocketed that Interior Secretary Ryan Zinke could soon depart. Both men have been plagued with ethical questions and scandals.

Even without that cloud of questions, the two-year mark for any administration can trigger departures by officials at DOE and other departments seeking a change — even without a more aggressive Democratic-led House.

Under the Obama administration, for example, Energy Secretary Steven Chu stayed on the post just over four years before returning to academia. Chu, a physicist and Nobel Prize winner, was confirmed by the Senate in January 2009 and departed from DOE in April 2013.

Obama’s next Energy secretary, Ernest Moniz, would stay on the job for four years, from 2013 until early 2017.

During the George W. Bush administration, Energy Secretary Samuel Bodman held his post for four years, as did his predecessor, Spencer Abraham.

DOE has lost some top officials, including Travis Fisher, a political appointee who oversaw a much-publicized staff report on grid resilience. He has since landed at the Federal Energy Regulatory Commission as a top adviser.

When asked whether Perry would stay put through 2020, Sullivan cast the odds as likely.

"My interactions with the secretary, he loves the job and is doing very well at it," he said.