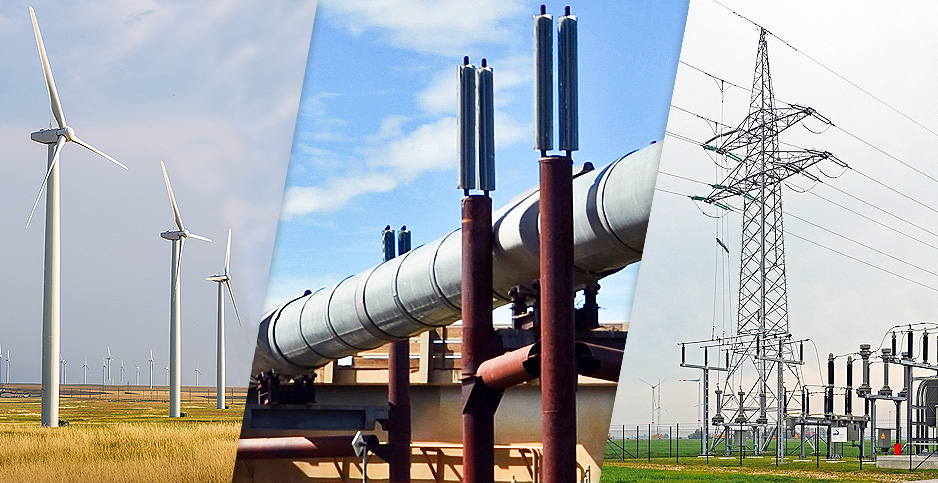 An Energy Department policy report that started out as a rescue mission for the coal industry ended up, four months later, described as an evenhanded but inconclusive diagnosis of challenges facing the U.S. electric power system, from coal-burning plants and nuclear reactors to power produced by wind turbines and natural gas generators.

Energy Secretary Rick Perry had launched the study in April with a memo warning that coal and nuclear plants that he called essential to a reliable electricity supply were being undermined by environmental regulation and "market-distorting effects of federal subsidies that boost one form of energy at the expense of others."

The 187-page study released last night concluded on the contrary that the grid is operating reliably. Coal plant retirements have more than been made up for by new gas, wind and solar power and demand-side electricity conservation programs.

The most important reason for the retirements of coal plants has "been the advantaged economics of natural gas-fired generation" built on cheap gas from fracking, the report said. Other factors are anemic growth in demand for power, environmental regulations and the operational and financial challenges some plant operators face when ramping up and down to accommodate a growing number of wind and solar units.

While no day-to-day reliability threats loom in ordinary circumstances, a DOE official said the report is meant as a warning that the nation’s electric grids and systems are at a pivotal point. The replacement of coal plants by gas and intermittent wind and solar generation, and the spread of new digital controls means the grid’s future resilience cannot be taken for granted, DOE said.

"It is important for policy makers to consider their intended and unintended effects," Perry said in a statement.

Despite President Trump’s impassioned advocacy for the coal industry and "my coal miners," as he has called them, the report offers no direct support for the sector. The study largely skips climate change, an apparent bow to the president’s hostility toward the issue.

Alison Silverstein, a former FERC official and Texas energy consultant contracted to oversee the writing of the report, said, "Overall, I think the report turned out to be thorough, balanced and objective and doesn’t over-dramatize or favor any specific resource, sector or position.

"The grid is so important that it should be above politics," she said. "I’m proud of DOE leadership for recognizing this and presenting a straight-up, relatively apolitical report."

The report makes more than half a dozen policy recommendations, some of which aim to boost coal and nuclear generators, roll back regulations, and accelerate and reduce costs for permitting, licensing and relicensing energy infrastructure.

Some of those recommendations fall outside DOE’s jurisdiction. The staff report, for example, "encourages" U.S. EPA to ease regulatory and financial burdens for new investments at coal-fired power plants and calls on the Nuclear Regulatory Commission to ensure plant safety without allowing costs to rise.

DOE staff also recommended the prevention of "negative offers," which can occur in pockets of wind or nuclear power constrained without sufficient transmission, according to the report. They also call on the independent Federal Energy Regulatory Commission to work with state regulators, regional grid operators and other industry players to review how vital services for electric power, like voltage support and frequency control, are compensated.

Such reviews should include whether coal-fired and nuclear power plants, so-called baseload units that traditionally operate 24/7, provide an added benefit to grid resiliency because their fuel supplies are on-site, and whether the plant owners should be compensated for that value. The report notes moves by regional grid operators PJM Interconnection and the New England Independent System Operator to incentivize power plant owners to assure fuel supplies, either by rewards for meeting goals or penalties for failing to do so.

"FERC was already working on most of these things," Silverstein said. "I’m not sure that DOE saying it will make a huge difference. But DOE saying it certainly reinforces the importance of the actions and the need for speed in addressing them."

DOE staff yesterday openly acknowledged Perry’s April memo became highly charged but insisted the exercise — while constrained by the secretary’s tight timeline and focus on baseload power — offered a deeper look at the nation’s changing grid and raised serious policy questions that need to be addressed.

DOE staff and national laboratory experts who contributed volumes of data to the report had done the same for a comprehensive grid report issued in January by the outgoing Obama administration’s DOE — the "Quadrennial Energy Report 1.2." For this report, DOE officials said they dug into a host of data-intensive questions.

How well are wholesale power markets functioning more than decade after their creation? What generation exists to support resiliency and reliability? Are grid operators appropriately evaluating the financial value of ancillary services?

What they found were markets holding up but facing daunting challenges, including complex engineering as gas and renewables increase and coal and nuclear units close.

One DOE official said the new, fundamental question is not whether the U.S. grid is reliable on a daily basis, but whether it’s resilient and can withstand more severe but rare events like a polar vortex. The study pointed out how events like hurricanes can shut down nuclear plants, and the deep freeze of 2014 left some coal and gas plants inoperable.

Staff said the report didn’t say coal plants as necessarily required for maintaining reliability but underscored the importance of how various kinds of power interact to affect reliability and resiliency, an issue studied by the PJM Interconnection.

The changing face of grid reliability

PJM, the grid operator in the Mid-Atlantic and eastern Great Lakes region, tested the reliability performance of a set of generation "portfolios" with different percentages of coal, nuclear, gas and renewable power. The results were complex, DOE reported. As the share of coal and nuclear power decreased, some benchmarks of reliable operation suffered, including fuel assurance. But the system’s flexibility and response times improved.

The analysis concluded that "PJM could maintain reliability with unprecedented levels of wind and solar resources, assuming a portfolio of other resources that provides a sufficient amount of reliability services."

Perry, in his statement, called for a mix of resources. "We must utilize the most effective combination of energy sources with an ‘all of the above’ approach to achieve long-term, reliable American energy security."

The PJM study cited by DOE said what mattered was getting the right mix to assure enough energy and stability support. "More diverse portfolios are not necessarily more reliable; rather, there are resource blends between the most diverse and least diverse portfolios which provide the most generator reliability attributes," the study said.

DOE officials pushed back on the notion the report highlighted what appears to be ongoing work at agencies like FERC, saying it’s fair to ask what’s holding up policies on issues like price formation that have been studied for years. That policy development isn’t keeping pace with changes occurring on the grid.

Cybersecurity threats to the grid — an increasing priority in the electricity sector — were not covered in the report because a second, separate DOE review is nearing conclusion on that issue.

The report makes a pitch for more research on grid modernization technologies, including innovations in sensors and controls, power electronics and operations software. That recommendation comes as DOE’s research budget faces an uncertain future.

Edison Electric Institute President Tom Kuhn, whose organization represents investor-owned utilities, called the study balanced. "EEI has long advocated that our customers are best served by public policies that promote a balanced and diverse energy mix, which includes both traditional and renewable energy sources, and that also recognize the vital role 24/7 energy sources play in sustaining a secure, reliable, and resilient energy grid."

"The grid study is an important first step in initiating a national dialogue about the future of the American electricity system," said David Holt, president of the Consumer Energy Alliance. While utilities, electric cooperatives and grid operators have been able to absorb the changes brought about by increases in renewable energy and the abundance of low-cost natural gas, it is clear that they will have significant challenges as the pace of change accelerates."

Other industry activists made it clear the study has done nothing to defuse the policy war among competing power sources.

"Certainly, we would be concerned by any effort to use resiliency as an excuse for propping up uneconomic sources of electrical power and denying consumers free-market access to clean, cost-effective renewable energy from, for example, wind and solar power," said Gregory Wetstone, president of the American Council on Renewable Energy.

"DOE’s grid study reads like a schizophrenic attempt to support outdated, uncompetitive, and highly polluting power plants," said John Moore, director of the Sustainable FERC Project at the Natural Resources Defense Council. "DOE Secretary Perry appears determined to mold America’s transmission grid around support for fossil fuels, but the facts in his own report don’t back up that approach."

"The recommendations ignore renewable energy’s contributions to a reliable electricity system," he said. "They also include misguided proposals to gut environmental rules for coal and nuclear plants, and to pay fossil resources for reliability services that DOE hasn’t demonstrated are necessary. DOE and Secretary Perry should be focusing instead on accelerating the growth of clean energy rather than creating barriers."

"We are glad to see that DOE recognizes that changes in the grid are primarily the result of low-cost natural gas, not policies supporting renewable energy. But this report seriously overstates the challenges associated with new energy resources," said Graham Richard, CEO of Advanced Energy Economy, a national business group.

"One of the biggest challenges is how to preserve the nation’s coal fleet so it can continue supporting a reliable and resilient electricity grid. We look forward to working with policymakers at the national, regional, and state levels to value the important attributes of the coal fleet," said Paul Bailey, president of the American Coalition for Clean Coal Electricity.

With FERC at a restart with new leadership and Congress pursuing different strategies on energy policy, not a top priority currently, the movement on the issues in the DOE report may fall to utilities and state and regional grid operators.

Silverstein said that is inevitable but also an issue. "I’d like to see faster action and less tyranny from the stakeholder processes," she said, that are followed in drafting grid policies, reliability standards and market rules. "They can favor incumbents and inhibit some key reliability and resilience decisions," she said.